A string of legal troubles continues for Dominique Alexander, the leader of the Next Generation Action Network. He was sentenced Friday to two years in jail for a probation violation. 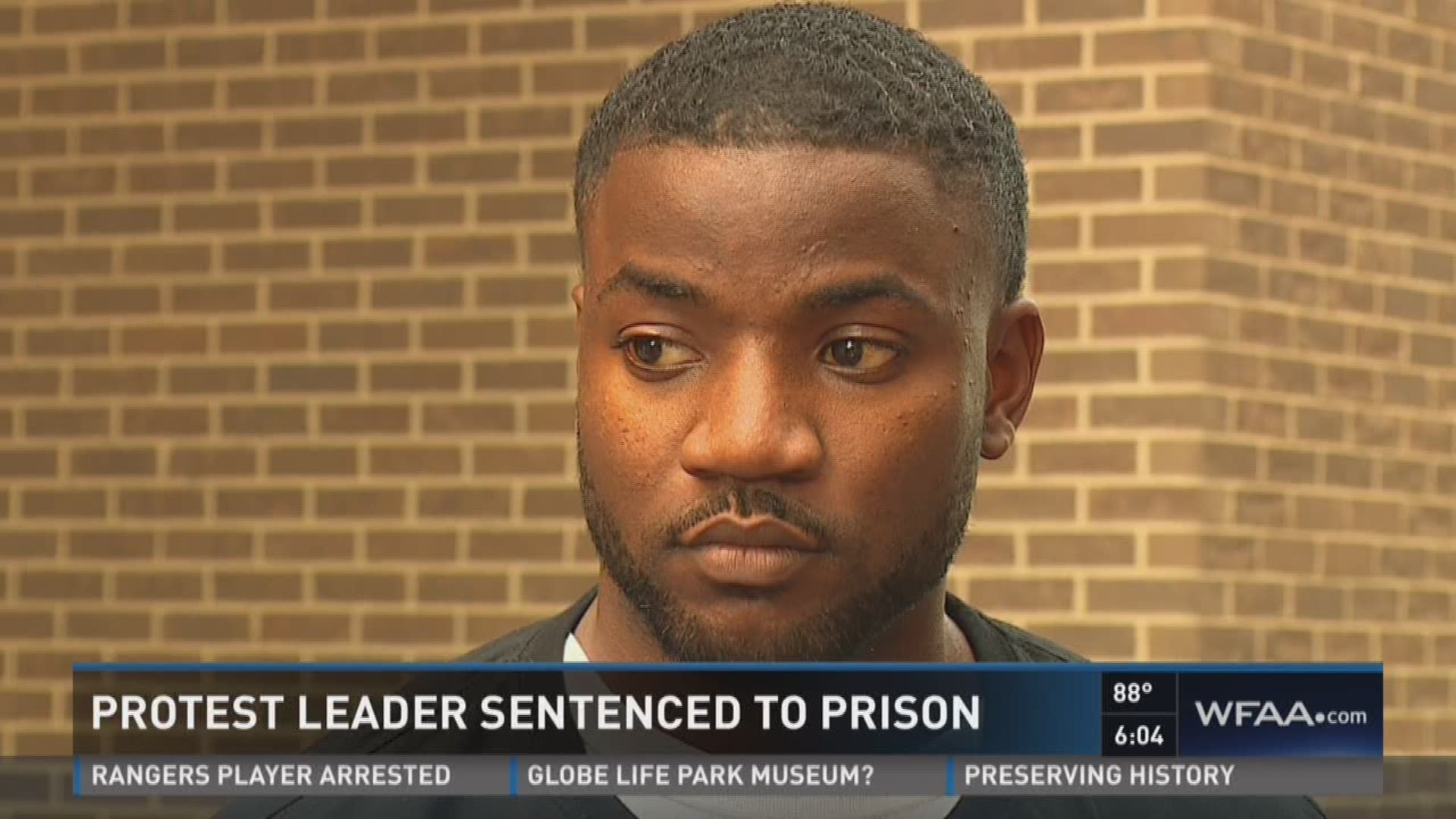 A string of legal troubles continues for Dominique Alexander, the leader of the Next Generation Action Network. He was sentenced Friday to two years in jail for a probation violation.

Alexander, who was on 10 years’ probation for a 2009 charge of injuring a child, had his probation revoked by a judge Friday, court officials told News 8.

News 8 was told Alexander won’t serve the entire sentence because previous time spent in jail will count toward the two years. Whether or not Alexander qualifies for parole will be determined later.

Hello everybody keep me in your prayers.

Alexander was removed from a city council meeting Aug. 10 after a confrontation with Mayor Mike Rawlings. He was then arrested on 10 outstanding warrants -- nine in Dallas and one in Collin County -- and spent the night in jail.

He had also denied Dallas Police Chief David Brown’s request for the Next Generation Action Network’s downtown march to be canceled that night.

“Because he is human,” said his attorney, Kim T. Cole, earlier this month. “He's committed crimes, for which he has served his time and he's done his public service for.”

The Next Generation Action Network, which calls itself a group aimed at “eradicating social injustice” and “community reform,” organized the protest that ended in gunfire that took the lives of five Dallas officers on July 7.

The group held a press conference Friday to discuss Alexander's sentence. A spokesperson said the group won't be deterred from its work, and Damon Crenshaw has been named president.

The group also said it believes there was an effort to silence Alexander, and made references to Chief Brown.