According to police, the clerk inside the store at the time was uninjured. 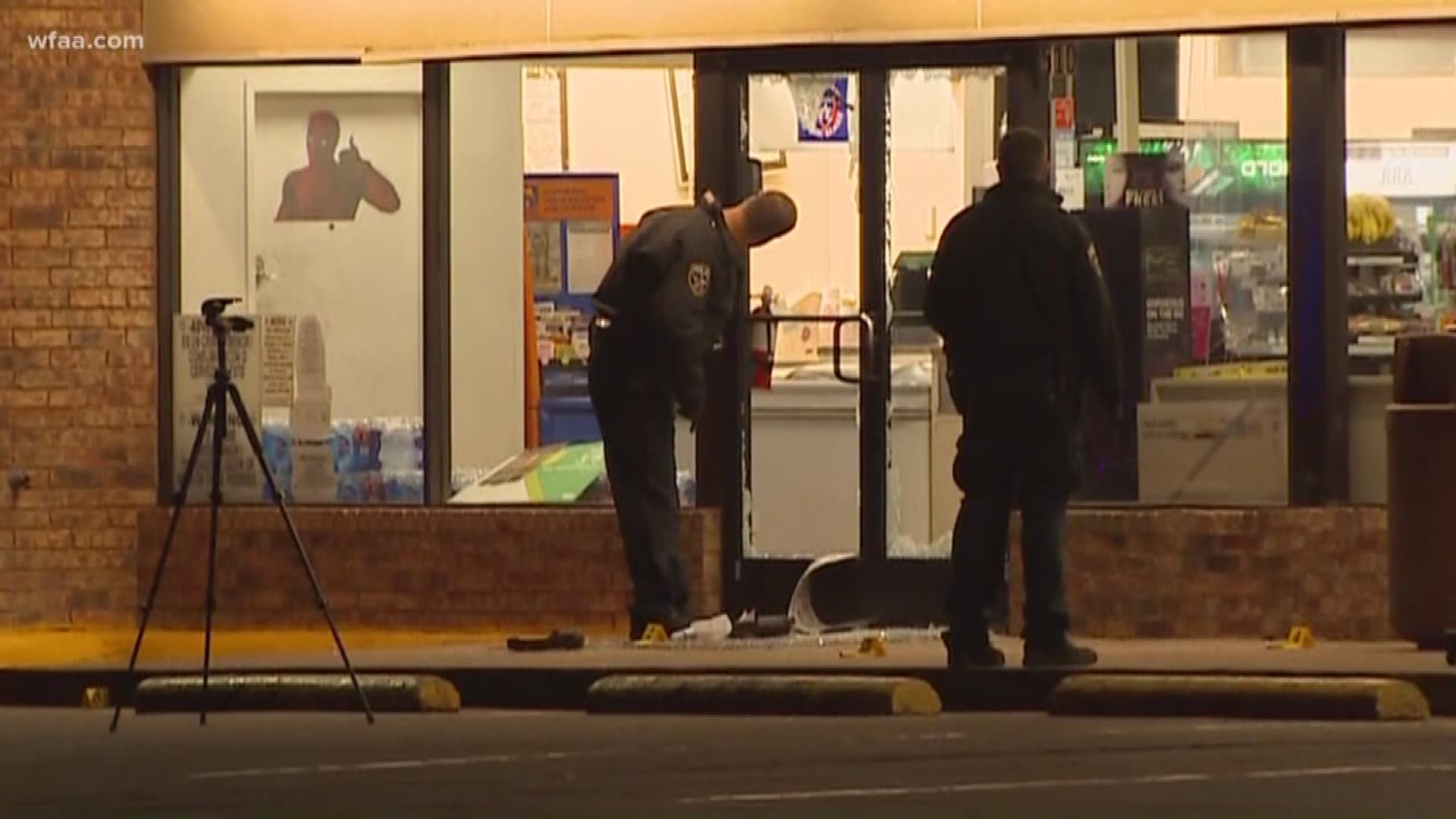 One man is dead after a police shooting overnight in Irving, according to officials.

Police said a man in his 60s allegedly showed up to a closed 7-Eleven around 1:15 a.m. Thursday and shot his way inside the store near East Pioneer Drive and North Nursery Road.

Police claim the man then took several items and left the building. A clerk who was still inside was unharmed in the incident.

The man then encountered police on the side of the store, where officers noticed he was armed with a shotgun, officials said.

One officer fired his weapon, striking and killing the suspect, according to police.

Officials said they are still investigating if the suspect fired his weapon towards officers.

The officer who fired his gun is a three-year veteran of the Irving Police Department, according to officials.

Police ask that the area be avoided while they continue to investigate the scene.