A group of bank robbery suspects led Dallas police on a chase across DFW and back Thursday morning. 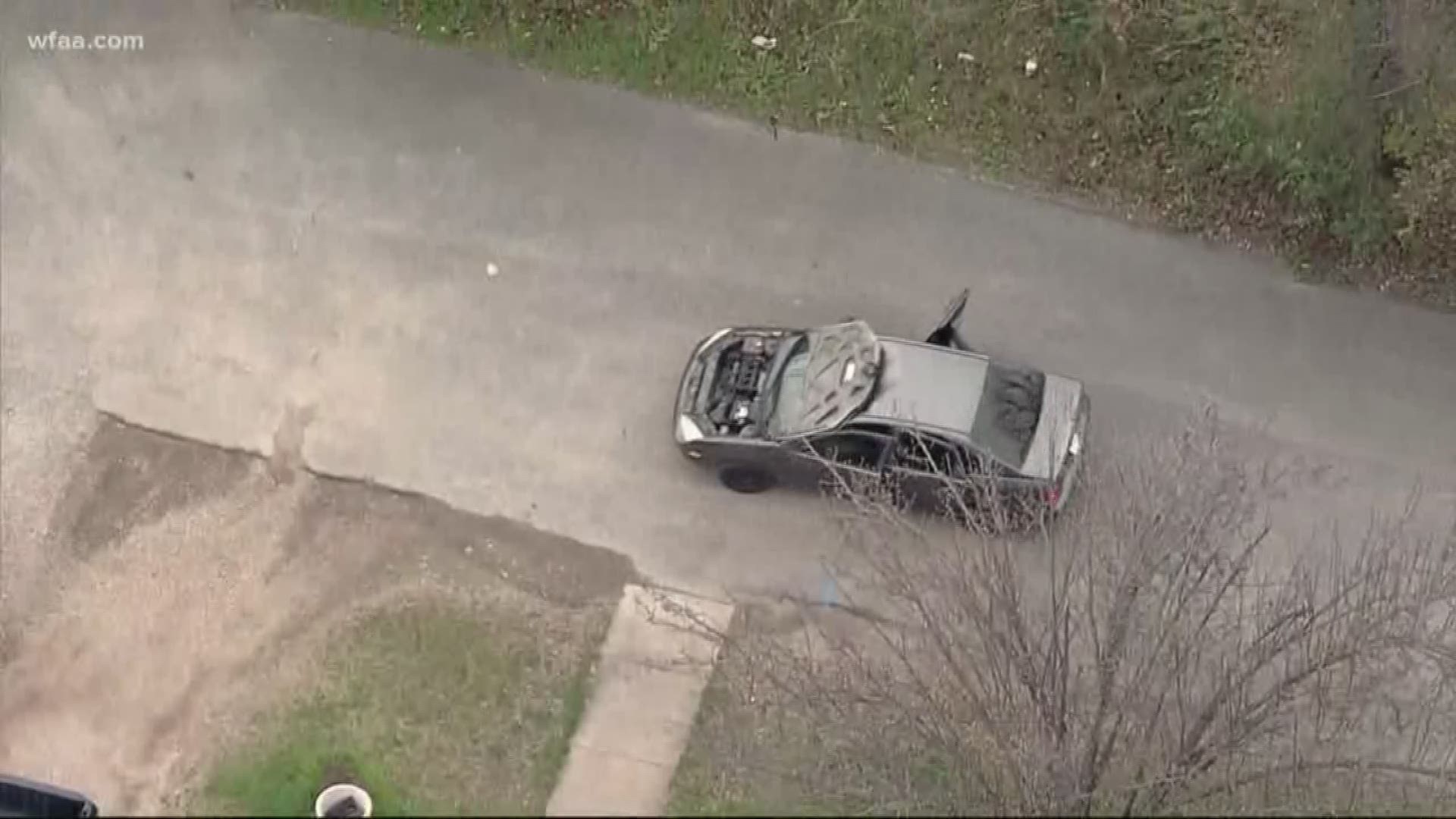 A  car carrying three bank robbery suspects known as the "Halo Bandits" led Dallas police on a chase across the metroplex and back Thursday morning.

Four suspects were under surveillance when they allegedly robbed a bank in Hurst, the FBI said. One suspect was arrested at the bank, and the three others fled.

Dallas police located the suspects and began a chase that continued deep into Tarrant County before the suspects turned around and led officers all the way back to Oak Cliff, in southwestern Dallas.

As the suspect vehicle was speeding eastbound down Interstate 30, the hood of the car flew up, blocking the windshield. Around the time the car exited from I-30, the back right tire appeared to blow.

The chase came to an end on Barlow Avenue in Oak Cliff, and three suspects got out of the car and took off on foot. A foot chase led officers through a wooded area. All three suspects were taken into custody without incident.

This story will be updated as we learn more.