Wetteland, 52, of Trophy Club, was booked and released from the jail after posting a $25,000 bond. 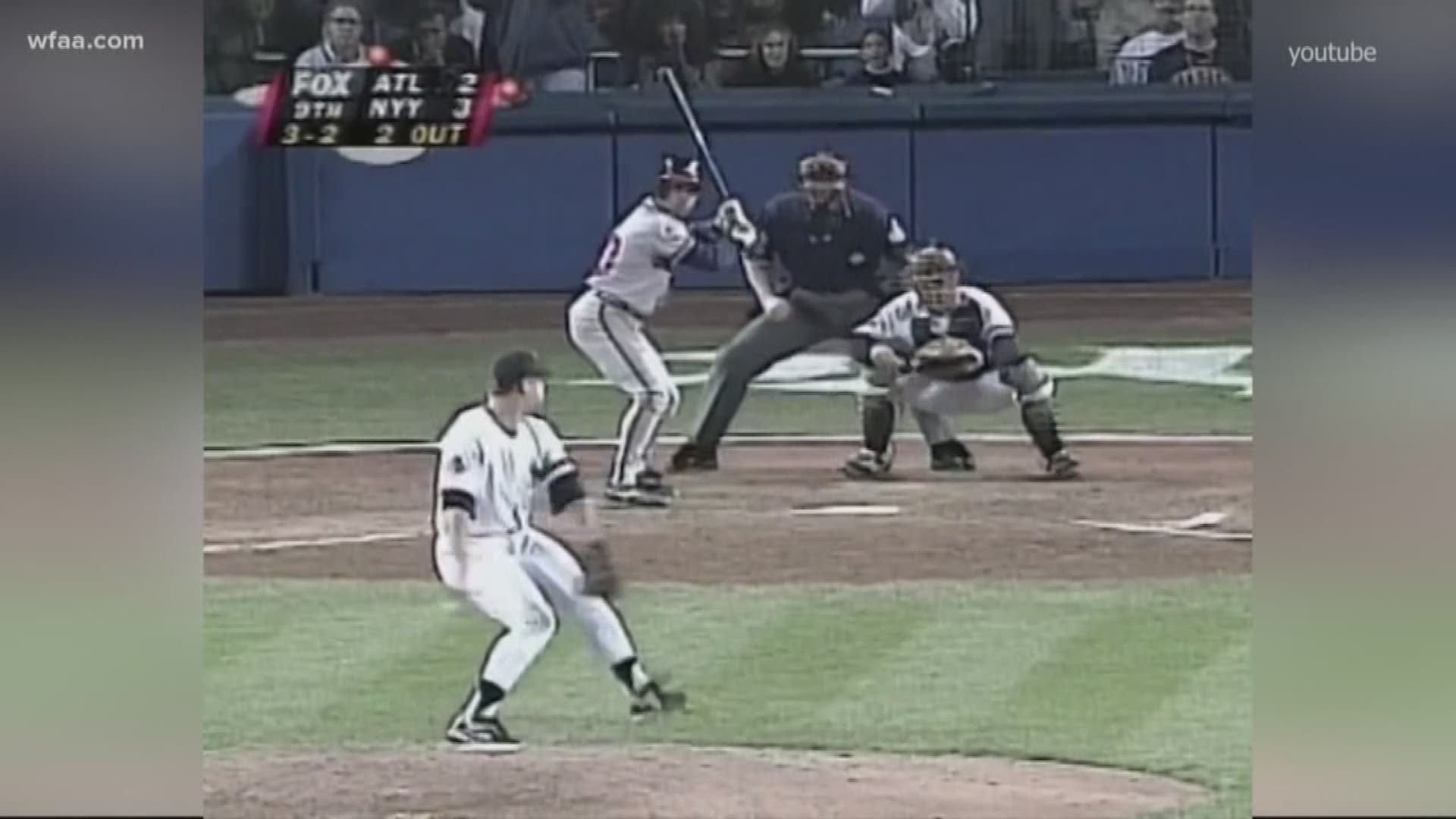 DENTON, Texas — Former Rangers and Yankees pitcher John Wetteland was arrested on a charge of continuous sexual abuse of a child under the age of 14 in Denton County on Monday, according to jail records.

Wetteland allegedly sexually assaulted the same child on three separate occasions between 2004 and 2006 at his then-Bartonville home, according to a probable cause affidavit obtained by WFAA.

Wetteland, 52, who now lives in Trophy Club, was booked and released from the jail after posting a $25,000 bond.

The case was being investigated by police in Bartonville, who said in a news release that the Texas Department of Family and Protective Services referred them to the case on Jan. 9.

"Based on the initial investigation," police obtained an arrest warrant for Wetteland, the news release said. Bartonville is a small community north of Flower Mound in Denton County.

The alleged assaults explained graphically in the affidavit, occurred in a bathroom shower at Wetteland's former home.

A woman who identified herself as Rebecca Wetteland, John's wife, told WFAA that he was "100 percent innocent."

John Wetteland, a member of the Rangers' hall of fame and the club's all-time leader in saves, pitched 12 seasons in the major leagues, including his final four in Texas from 1997-2000.

A three-time All-Star, Wetteland also pitched two years for the New York Yankees, winning a World Series with the club in 1996 and earning the series MVP award.

In 2006, Wetteland was hired as a bullpen coach for the Washington Nationals but was fired after less than six months on the job for what then-manager Frank Robinson called "a long line of transgressions and insubordination," according to the Washington Post.

The following year, he was hired as an assistant baseball coach and Bible teacher at Liberty Christian School in Argyle.

Wetteland's arrest consumed sports talk radio all day in the DFW area. Mike Rhyner, a longtime radio host for The Ticket and the metroplex, covered Wetteland when he played with the Rangers in the late '90s.

"Before today, what came to mind when I thought of John Wetteland was last three outs to end the ballgame, which usually ended in a victory for the Rangers," Rhyner said.

"But this...today. This is another matter and the sign of a deeply troubled individual who probably needs a lot of help that he never got."

WFAA reached out to the Rangers and asked the organization if Wetteland would remain in the team's hall of fame.

A spokesperson replied saying the team had been made aware of the matter but had no further comment.

Rhyner, however, was more than happy to offer up his thoughts.

"The Rangers need to distance from him as far and as fast as they can," Rhyner said.