Family to Missy Bevers killer: 'You will pay for what you did'

MIDLOTHIAN -- It is the question all of North Texas is asking, and it's what haunts Missy Bevers' family too. 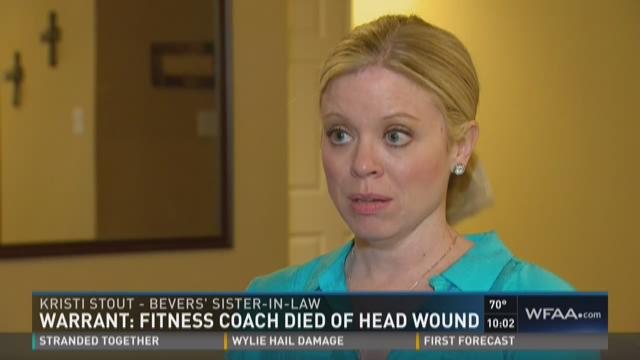 MIDLOTHIAN -- It is the question all of North Texas is asking, and it’s what haunts Missy Bevers' family too.

"Who would do something this horrific?" asked Kristi Stout, Missy's sister-in-law.

Stout may not know who would want to kill the mother of three, who’d shown up at Creekside Church to teach her fitness class, but she does not think the murder is random.

"Me and many other people feel that she was targeted," said Stout.

The suspect, with their police getup and their unique gate is still a mystery, but Thursday News 8 obtained search warrants that give us one answer in this case.

Bevers died from a head wound, caused by the suspect using an unknown instrument. Detectives also have Bevers' purse, iPad and other personal items and electronics found in her truck that could hold clues.

"You just can't fathom her having an enemy," said Stout. "I mean, if she did, she didn't let anyone else know."

But by taking from them a mother, a sister, and a much loved member of the community, this suspect has made enemies, of the people who loved Bevers most.

The FBI and ATF are assisting Midlothian Police in this investigation. Bevers' husband was back at police headquarters Thursday.

Family says it was to pick up his wife's truck after it was searched as part of the case.