Williamson County authorities and the Texas Rangers have reopened the sexual assault case that led to the conviction of Greg Kelley, a former Leander High School football star, and have identified another suspect.

Williamson County authorities and the Texas Rangers have reopened the sexual assault case that led to the conviction of Greg Kelley, a former Leander High School football star, and have identified the new suspect as his friend.

Kelley, who is now 22 years old and is serving a 25-year prison sentence near Huntsville, was convicted in 2014 of sexually assaulting a 4-year-old boy in a case that led to an outpouring of support from many in the community who believed he was wrongly accused.

Williamson County District Attorney Shawn Dick said that he received "credible" evidence soon after taking office in January that prompted him to ask the Texas Rangers to investigate. That information revealed that someone else may have committed the crime -- not Kelley, he said.

Court documents obtained by KVUE and the Statesman on Thursday identified the "alternative suspect" as Johnathan McCarty, a friend of Kelley. McCarty's mother operated the in-home daycare where Greg Kelley was staying. McCarty was arrested Thursday on an unrelated drug charge and probation violation, and is being held in the Williamson County Jail on $450,000 bond.

In the documents, investigators said they found photos of children, one of which included a naked child between the ages of 4 and 6 years old, on McCarty's phone. McCarty's home computer was also searched and officials said they found more pictures of naked children and that he frequently visits child pornography sites. The documents also allege that McCarty explicitly confessed to the crime while at a party, months after Kelley was sentenced to prison. 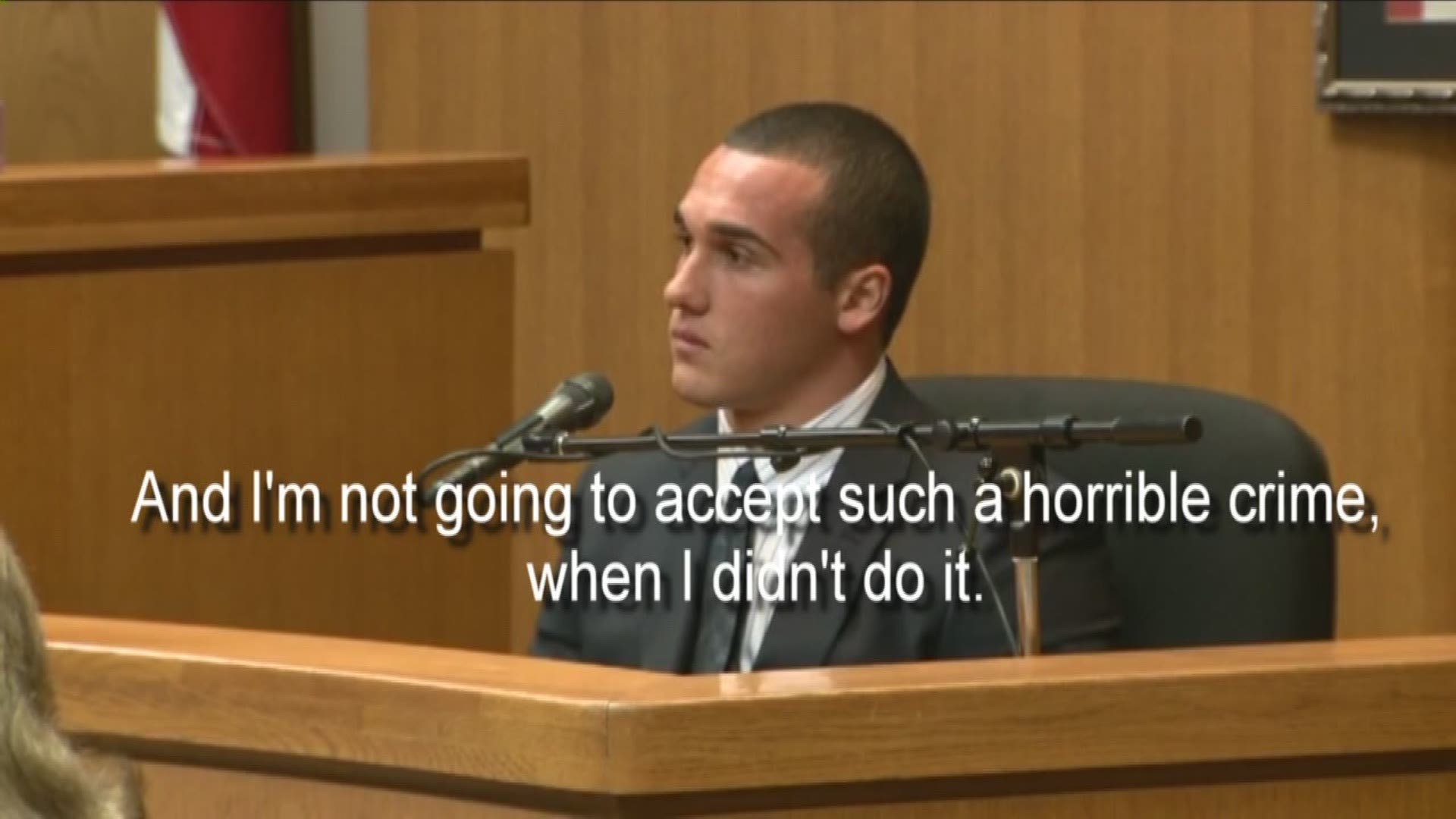 At the trial, the records state that the child claimed his attacker wore Sponge Bob pajamas. It's a piece of clothing McCarty allegedly wore often around his home, the document states.

McCarty's criminal history shows several run-ins with law enforcement, including a felony cocaine conviction in May 2015 when officers seized 8.95 grams of cocaine from a car he was driving. He was sentenced in Dec. 2016 to 4 years probation, 100 days in prison. That probation was revoked on May 25, 2017.

Court records say that McCarty tested positive for cocaine and alcohol on March 9. He is also accused of not paying his probation fee or urinalysis fee and not attending a self-help group as directed.

An attorney for McCarty did not have a comment for KVUE at 1 p.m. Thursday.

Another portion of the documents states that Kelley's phone, medical, and work records were also thoroughly examined by investigators. Kelley's attorneys allege that all of the texts and images on his phone revealed daily activities and established that he was not living in the McCarty home at the time of the attack.

In one portion of the analysis of Kelley's social media and text messages, the document reads, "Greg Kelley's cell phone has pictures of age appropriate friends and primarily his girlfriend, Gaebri Anderson. His conversations in tweets and texts are generally G-rated (there is brief profanity from Gaebri; Greg admonishes immediately) and exactly what one would expect to read. They almost exclusively involve Gaebri, athletics; school; his two jobs; and parents. There are no pictures of children on his phone."

Kelley has steadfastly maintained his innocence, telling KVUE News in an interview after his conviction that, "I wish I could reach for a mountain top and say I didn't do it. And I wish people would believe me, but apparently, that's not how this world works. If you knew me as a person, you knew what the things I want to do in my life. I would never have time or even the mindset of doing something that monstrous."

KVUE spoke to legal experts about what this revelation could mean for Kelley's case going forward.

"If he is found to be actually innocent, under a legal standard put forth by the courts, he's entitled to compensation under the Innocence Act for $80,000 a year: I believe for every year he was incarcerated. But what that requires is that they waive the lawsuit. There could be a lawsuit filed if he waives his remedies under them, the wrongful conviction statute," said Defense attorney Sam Bassett.

if Kelley's case is overturned, it wouldn't be the first exoneration for Williamson County. In 2011, Michael Morton was exonerated after serving a 25-year sentence for the murder of his wife.

In 2016, an appeals court ruled there wasn't enough evidence to prove Rex Nisbett did -- in fact -- kill his wife during the early 90s. He has yet to be released.

WilCo District Attorney Dick told KVUE that it is important that the community trusts the criminal justice system and that the public deserves the truth about Kelley's guilt or innocence.

"It's really important to me that this office is transparent and that the public knows that we are really trying to do all we can to get it right," Dick said. "A lot of people have very strong feelings about this and we are just trying to do the right thing and take a step back and really look at and evaluate all of the evidence."

A Williamson County Judge has set a hearing for Kelley Aug.3. She will then decide whether Kelley could be released from prison on bond. Dick said that this was the earliest date available for all parties.

The Williamson County D.A. has set up a special tip line and email for the Kelley case. If you have tips, call 512-943-1299 or email kelleycaseinfo@wilco.org.

This story will be updated with more information.