In 2018, Rogelio Santander was the first Dallas Police Department officer to be killed in the line of duty following the 2016 ambush downtown. 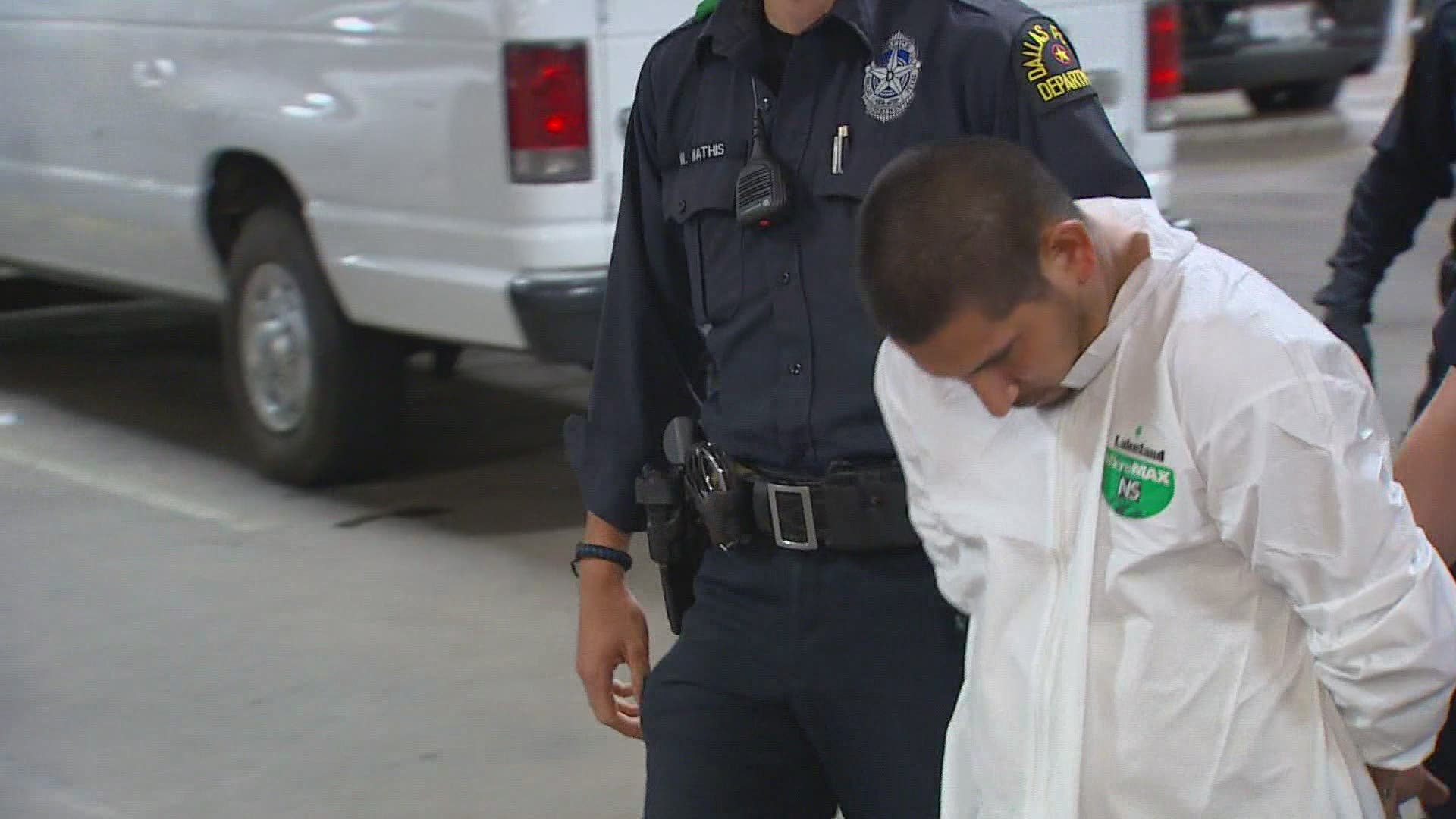 Updated at 4:00 p.m. with impact statement from surviving officer.

The man accused of killing a Dallas police officer and wounding two other people in 2018 will spend the rest of his life in jail.

Officer Rogelio Santander, 27, died in the shooting, and his partner was critically injured, along with a security officer.

Armando Juarez agreed to a plea deal on five charges with a sentence of life without parole.

Prosecutors had previously announced they would seek the death penalty against the suspect, Armando Juarez.

The defense provided information to the Dallas County Criminal District Attorney’s Office that Juarez was diagnosed as intellectually disabled by a psychologist.

The Dallas County Criminal District Attorney’s Office requested a local psychologist to conduct an independent evaluation of Mr. Juarez. The psychologist also diagnosed him with an intellectual disability.

The Supreme Court of the United States has ruled that the state cannot execute a person who is intellectually disabled, as it violates the United States Constitution. Therefore, Juarez is legally ineligible for a death sentence.

As a result of the evaluations, and after meetings with all interested parties, the Dallas County Criminal District Attorney’s Office and Juarez agreed on a sentence of life without the possibility of parole in exchange for his admission of guilt and his waiver of all appeals.

Crystal Almeida gave an impact statement following the plea deal. Almeida was partners with Officer Rogelio Santander, who died in the incident. She was critically injured.

In her statement, Almeida said she lost her best friend on a day that she will remember forever.

"Because of all this, I can no longer be that police officer I once was," she said in court.

Almeida said she wished Juarez had received the death penalty, but was glad he would "rot in prison."

"I hope they take you away from Dallas," Almeida said. "that way you're separated from your family and they can't visit you as often."

Following the plea deal, the Dallas Police Association issued a statement saying, "we do not believe just was served."

"I do agree that those without the mental capability to decipher the difference between right and wrong should not be put to death, but I emphatically do not believe this was the case in the murder of Officer Santander," DPA President Mike Mata wrote in a statement.

"Mr. Juarez while attempting to commit a crime willfully and with full intent pulled two handguns killing an officer and critically injuring another and a [sic] employee."

Outside the courtroom, police officers stood in peaceful protest of Juarez, who killed one police officer, and wounded another officer and a security guard.

This picture was just sent to me of Dallas officers lined up outside the courthouse. I'm told they are peacefully protesting as a man who killed one of their own and shot another officer and a security guard takes a plea. pic.twitter.com/Hd3pelLJ8Z

The shooting happened at a Home Depot in northeast Dallas.

Santander and Almeida were called to the Home Depot at U.S. 75 and Forest Lane when an off-duty Dallas police officer working at the store attempted to arrest a suspect.

When the two responding officers arrived, a suspect "produced a handgun and fire shots striking" the two officers and the civilian loss prevention officer.

Juarez was taken into custody that night following a manhunt.

Santander was the first Dallas Police Department officer to be killed in the line of duty following the 2016 ambush downtown that left four DPD officers and one DART officer dead.

He was also a graduate of the Dallas Independent School District.