600 lbs of weed seized during traffic stop in Wise County

Authorities say Berc was transporting to marijuana from California to Florida. 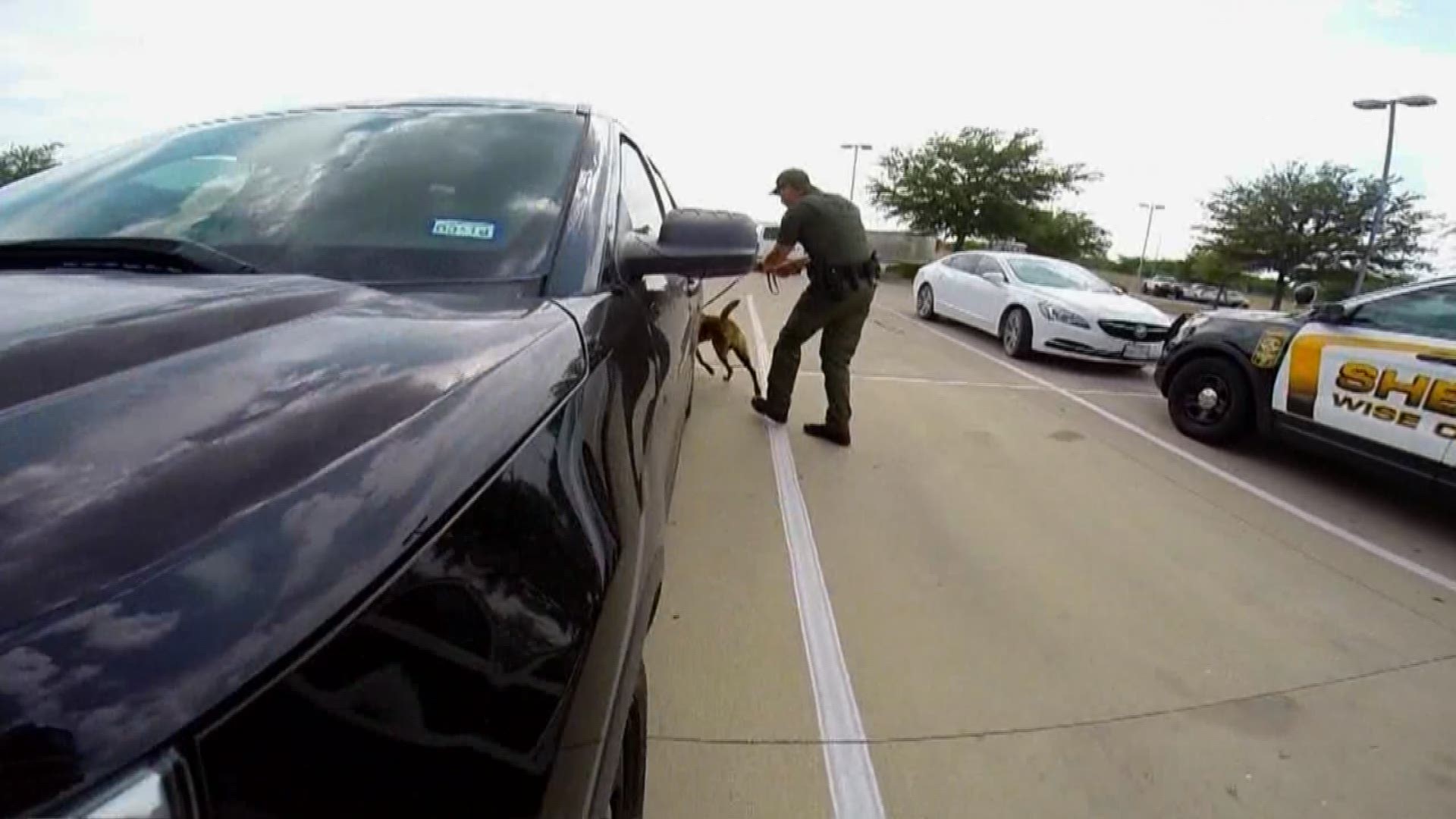 About 600 lbs. of marijuana was seized during a traffic stop on U.S. 81 in Wise County, according to a statement from the Texas Department of Public Safety.

Authorities say the discovery took place after a trooper pulled over a 2018 Toyota Tacoma that was pulling a trailer at about 9:42 p.m. Tuesday.

"Due to indications of criminal activity, a police canine was called to the scene," DPS said.

Thirty-eight-year-old Bryan Berc, of Toluca Lake, Calif., was charged with possession of marijuana greater than 50 lbs.

Authorities say Berc was transporting to marijuana from California to Florida.

The news hardly came as a suprise to Wise County Sheriff Lane Akin.

"The problem is not flattening out, it's increasing," he told WFAA this week.

Earlier this year, Akin told us about the surge in drug trafficking along Highway 287, which cuts directly through his county.

He attributes much of it to the legalization of drugs like marijuana in states like California and Colorado.

His deputies are routinely busting folks for marijuana and meth, using K9 units like one we saw featuring an 18-month-old German Shepard named "Tom."

"It has a tremendous impact," said Akin.