A couple visiting family in Texas is happily and finally engaged after an airline lost one their bags, which contained a wedding ring. 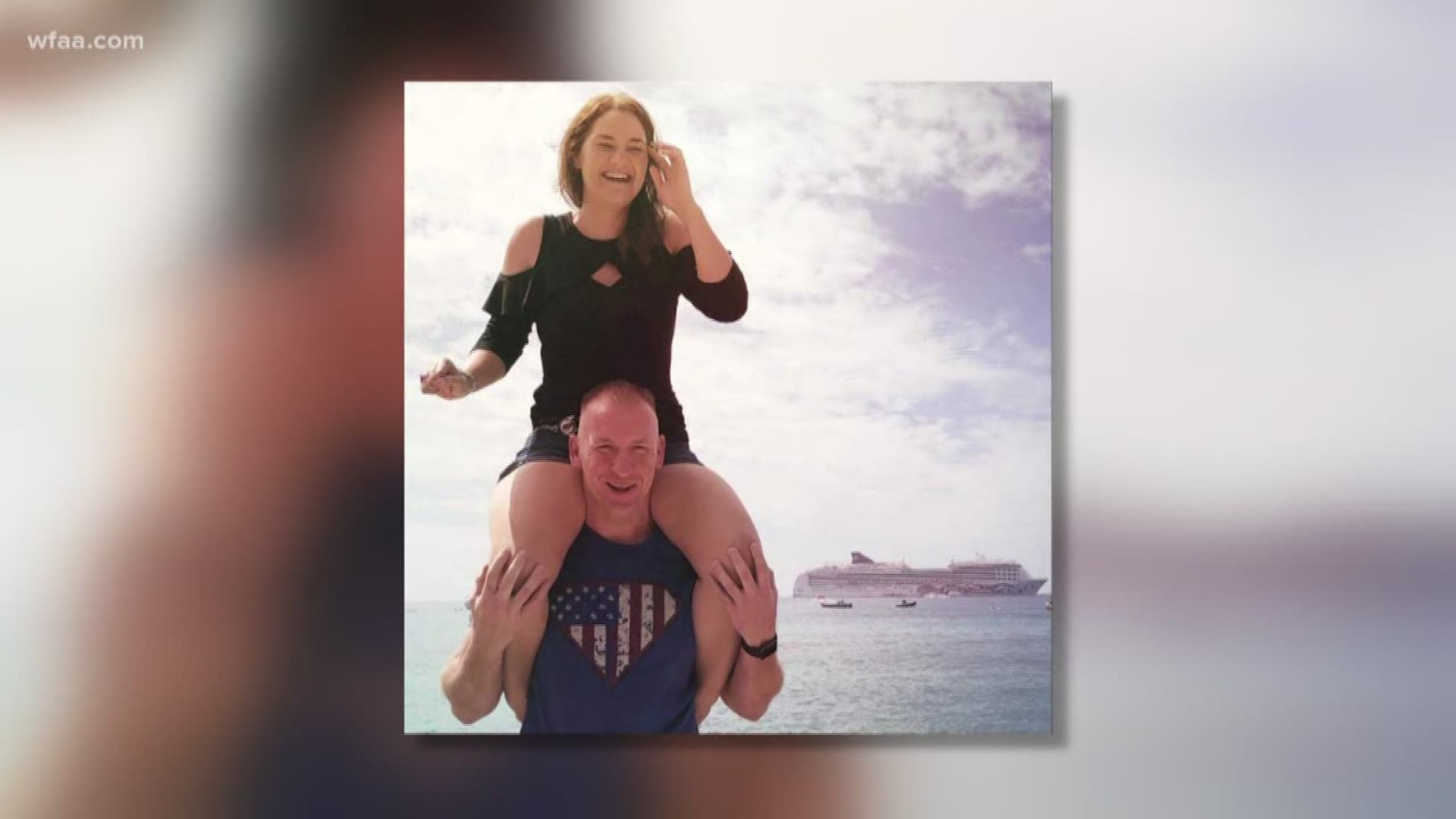 FRISCO, Texas — A couple visiting family in Texas is happily and finally engaged after an airline lost one their bags, which contained a wedding ring.

Ben Adams and his girlfriend Elizabeth Kahle landed at DFW International Airport two and a half weeks ago after visiting Europe. Adams’ ultimate goal was to propose to Kahle shortly after they landed because her family lives in Frisco.

But Iceland-based WOW Airlines put that on hold big time.

The lovebirds had a layover in Iceland through WOW Airlines. Their flight to DFW was canceled, and they were re-rerouted to JFK International Airport in New York. From there, they got a Delta flight to DFW with a layover Atlanta.

Once they landed, Adams realized WOW Airlines misplaced their luggage.

The couple spoke with WFAA last week, pleading with the airline to find their bags.

Adams was even forced to reveal to Kahle during their interview that inside his bag was an engagement ring that was supposed to be on her finger by now. “The stakes just went from here to here!” Kahle said in the interview.

Both Adams and Kahle work for Norwegian Cruise Line and started dating months ago. They’re madly in love, but are at sea most of the time and don’t see family too often.

They were hoping the airline would find their bags before they leave Sunday to return to their ship.

Good news, if you read the headline then you know there’s a happy ending to this story.

WFAA reached out to WOW Airlines last week, and Adams kept hounding them via phone and e-mail. He said after the initial story aired, he started getting better responses.

To his surprise, Adams found out that all their luggage was sent to Boston by mistake. “We didn’t even go through Boston,” Adams said.

However, WOW Airlines came through and sent all the bags to Adams and Kahle this week.

Only one thing left to do, propose!

At The Shops at Legacy Wednesday night, Adams got down on one knee and popped the question.

Our cameras were rolling as Kahle finally put on the ring they feared had been lost.

“The only reason we got our bags back immediately is because you guys reached out to WOW Airlines,” Adams said. “I get to go back to the ship with my future wife and I’m so ecstatic.”

Kahle finally got to see the ring she’s heard so much about, and she said she approves.

“I was really hoping to be engaged by the time we left and went back to the ship on Sunday,” Kahle said.

At first, this couple’s trip to Texas wasn’t picture perfect.

But...it eventually got there.