It's May. It's Texas. And along with the birds and the bees doing all that they do during spring, the snakes of North Texas are actively slithering too. 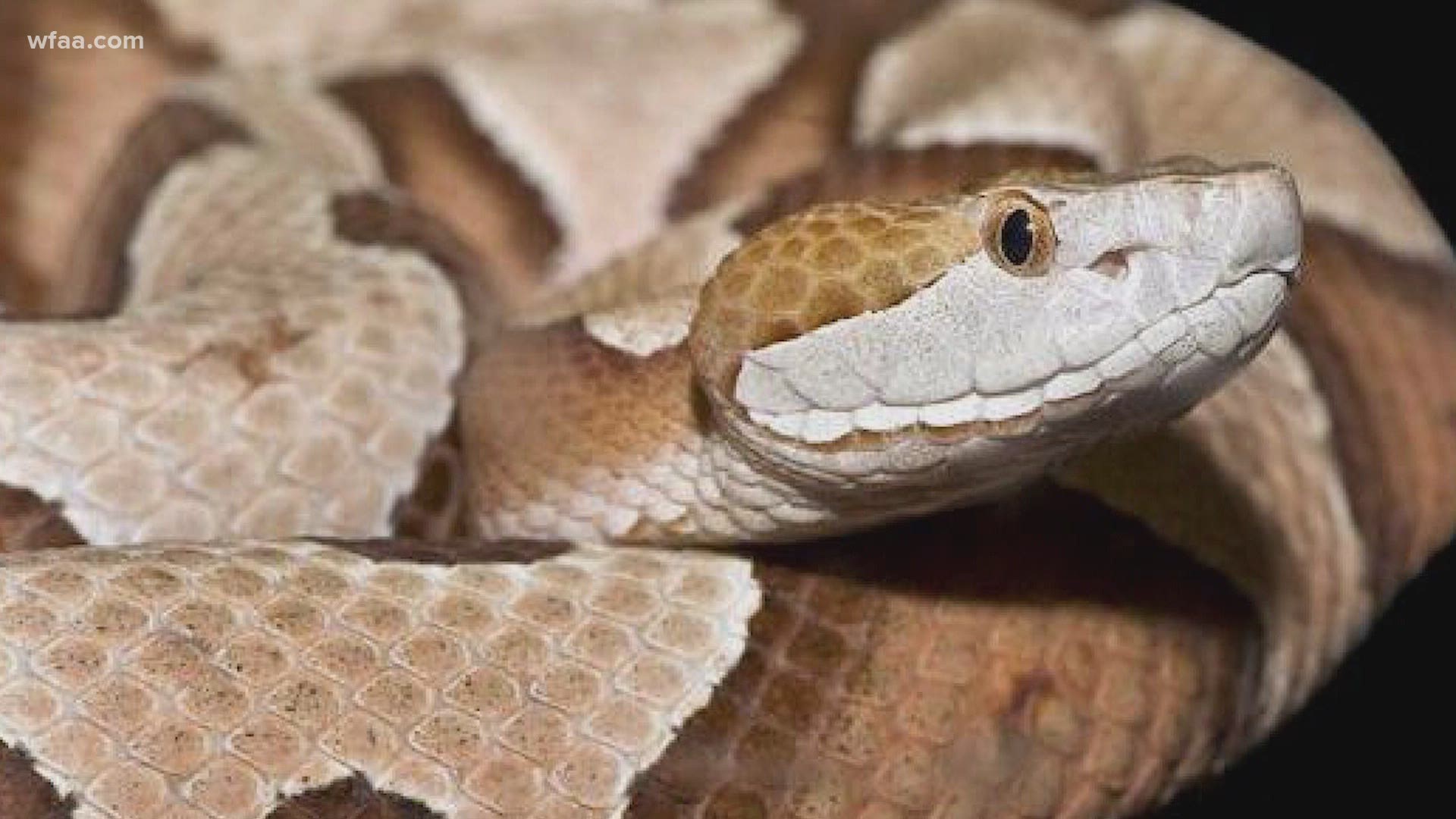 DALLAS — It's May. It's Texas. And along with the birds and the bees doing all that they do during spring, the snakes of North Texas are actively slithering too.

Experts and hospital emergency rooms are warning Texans to be on the alert.

Paris Montgomery learned that this month.

"They blend in so good," the Houston-area teenager said of her encounter with a copperhead in her own backyard. A strike to her left foot was captured on video when she set up a camera to record her tumbling and cheerleading practice.

"I literally was stepping on it and I didn't even see it. So be careful."

She is on the mend after two days in the hospital and three rounds of anti-venom.

"It is the most common by far," said Mark Pyle, president of the Dallas Fort Worth Herpetological Society.

He says he is asked to identify and remove more copperheads than any other venomous North Texas species.

"And the people are out," Pyle said. "Because the weather is pretty nice usually. So, that brings everything together."

But, as our own Rebecca Lopez did in her own copperhead encounter on a recent hike at Cedar Ridge Preserve, experts say just back away and give them some room. They won't chase you.

"If you back away and give it some distance, make it feel comfortable, it will take off," Pyle said.

In a demonstration on his own YouTube channel, with the help of his own captive copperhead snake, Pyle slowly removed a stack of firewood from the side of his house using a garden rake. Until the very last piece of wood, the copperhead chose to stay hidden.

Pyle recommends homeowners use a rake or stick to probe piles of leaves or stacks of firewood first before reaching to pick something up with your hands.

In the demonstration, Pyle easily removed the copperhead by placing a large plastic trash can near the snake. Sensing a dark safe place to hide, it crawled right in. The snake could then be easily and safely transported to a new location to be released unharmed.

"A bad bite can do some tissue damage and things like that," Pyle said. "But as far as deaths go, it's very rare and unlikely to die from a copperhead bite."

As for her snake encounter, Montgomery says she will be more careful where she steps next time.

"Well I have a pet snake, so I like snakes," she said. "But I don't like the ones that bite me and make me have to go to the hospital."

Hospital trips that, thanks to a Texas native, are on the increase this time every year.