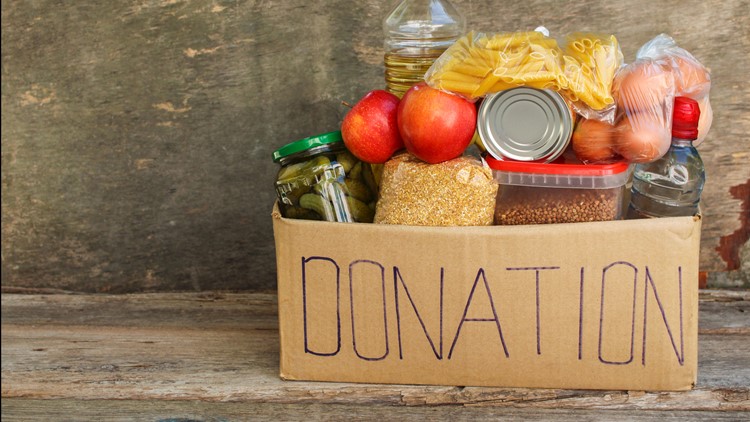 Texans aren't very charitable, a survey found. Here's how you can change that

DALLAS — Now that you've saved all that money on gifts from Black Friday and Cyber Monday deals, it's time to give a little back to causes you find worth supporting.

Giving Tuesday comes every year the day after Cyber Monday as a way to help charities meet their fundraising goals before the year's close and start the next year off strong.

And Giving Tuesday could be even more important for charities specifically in Texas, according to a new survey from WalletHub.

The survey found that Texans haven't exactly been opening up their wallets or their hearts this year to give, at least when compared with other states.

In fact, it turns out that while Texas is one of the richest states, it's also one of the least charitable, based on the survey's finding. It ranks in the 40th spot on the list of most charitable states.

The survey, released Tuesday, ranked all 50 states and Washington D.C. in 19 categories on metrics like each state's volunteer rate, percentage of donated income, food banks per capita, the number of sheltered homeless people in each state, and the amount of charities per capita.

Believe it or not, that 40th ranking is actually an improvement from last year, when Texas placed 43rd overall.

Texans do volunteer more than others though, with a "Volunteering and Service" ranking of 25. "Charitable Giving," though, was far behind, with a ranking of 43.

Texas also has some of the fewest charities per capita, ranking 46 out 50 on that metric.

So how can you help improve the state of giving in Texas?

Be a part of the global generosity movement on Giving Tuesday by donating your money, goods or time, or lend your voice to important causes in your community, the Giving Tuesday organization asks.

The organization has an online tool to find out what you can do in your own community to participate in the day.

There are also a number of North Texas charities specifically asking for support before the end of the year.

Giving Tuesday DFW, powered by Dallas' United Way chapter, has a long list of organizations in the area looking for help, with a leaderboard showing which group has raised the most, or the least.

Donors can use the organization's website to search for causes they want to help with, whether that's hunger, homelessness, education, etc.

The best part? The donation portal won't close until Dec. 31, so you have plenty of time to peruse the options before choosing where your end-of-year giving will go.

Don't have any extra cash this year? Find organizations that are asking you to donate your time with Giving Tuesday DFW's link here.

Even handing out a smile can be a free act of good you can participate in today.

And don't forget, sometimes donating to a cause your loved one supports can be the best gift of all this holiday season.