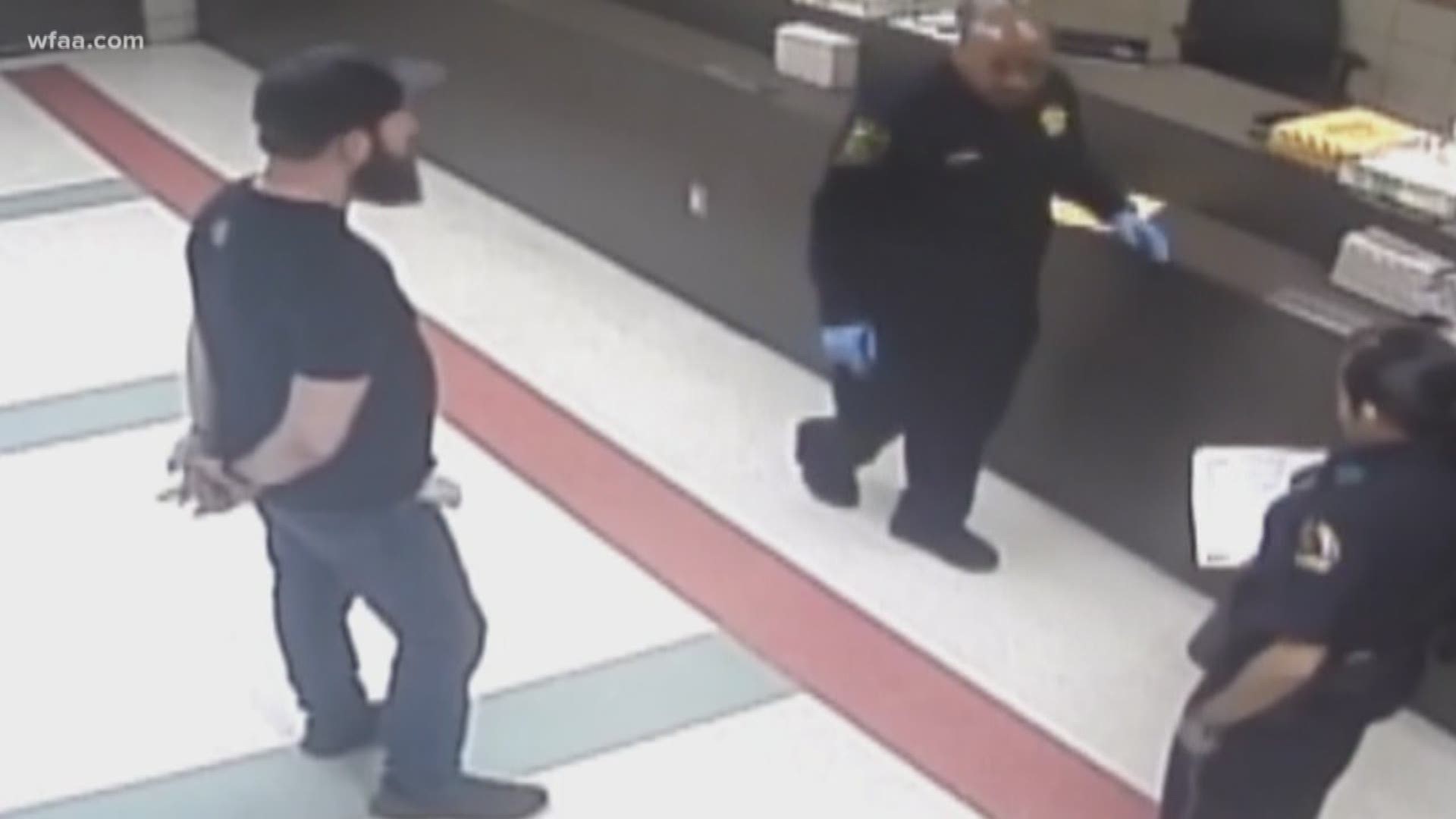 Per arrest documents, the confrontation was sparked by the woman unknowingly blocking the exit to a parking lot that Shuffield was trying to leave.

Two days after the assault, activists gathered at the scene in Deep Ellum to urge police to charge Shuffield with felony charges as well.

"We want to see a hate crime and an aggravated assault come from DPD,” said Dominique Alexander, founder of the Next Generation Action Network. "So, yes, the heat should be towards Chief Hall right now."

The activists said the victim told them that the suspect used racial slurs as he punched her.

A police report didn't indicate that she made that allegation initially, and she didn't mention that in an interview with WFAA. However, she did describe her fear. She said she feared for her life.

"I'm glad I'm still alive because I could have died last night," she told WFAA.

Since the attack, many have scoured Shuffield's social media posts.

In one 2010 post that WFAA obtained from an official source and which appeared to be made on Shuffield's personal Facebook page, the "N" word is used.

"We as black women–we as brown women–we cannot feel safe in our own society,” said Olieka Green.

Activists are angry about the misdemeanor charges and low bond, which allowed Shuffield to get out of jail.

District Attorney John Creuzot said he understands the frustration, saying the current system for setting bonds needs to be fixed. He’s been pushing for judges to allow prosecutors into the courtroom when bonds are set, but judges won't allow it.

"And had we been present and had known more about it," Creuzot said. "It's possible we would have asked his bond to be higher."

Chief U. Renee Hall, who ultimately is in charge of every DPD investigation, said she's hasn't watched the video

"I have not seen the video or anything related to it," she said. "I just know a video exists."

"It's problematic that in the last 24 hours, Chief Hall has not seen the video," Alexander said.

Detectives and Hall could recommend felony charges if they feel the evidence is there. They're also looking into the fact that Shuffield had a gun out during the argument.

A Justice For the Deep Ellum event was created on Facebook Friday with a scheduled time of 10 p.m. to 11:30 p.m. Saturday at Serious Pizza.

Smith is the president of the Dallas chapter for the National Black Police Officer's Association.

In his tweet, he said, "The National Black Police Association are outraged regarding the brutal beating in Deep Ellum. It is clear that this is an aggravated assault and appropriate charges should be filed immediately! We support the victim and are outraged of the actions of this violent criminal."