Once council member is opposed to one of the locations, since it already densely populated with low-income housing. 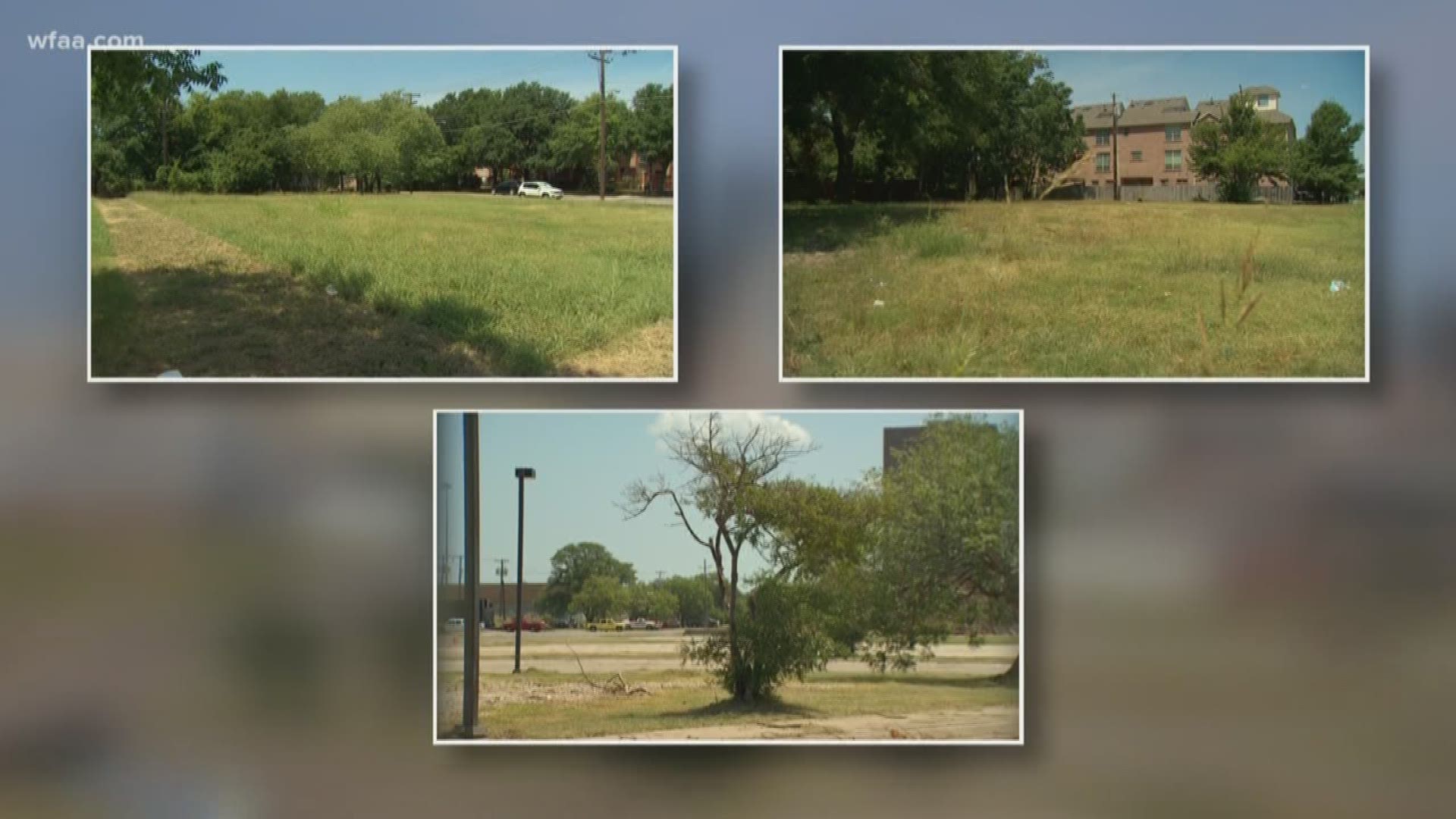 All three lots are currently vacant and are owned by the city of Dallas.

Voters approved Proposition J in November 2017 which dedicated $20 million to build affordable housing for people experiencing homelessness, said Monica Hardman, the director of the Office of Homeless Solutions in Dallas.

"So just from that number alone, we know that we do not have enough emergency shelter space to be able to accommodate all those experiencing homelessness," Hardman said.

Two of the targeted lots are in Old East Dallas and the other is in Lake Highlands.

About 10 units can be built on each of the two vacant lots on Haskell Avenue and between 100 and 175 units could be built on the Greenville Avenue land.

Dallas Water Utilities currently has offices on part of the Greenville property. Part of the proposal also includes land for Dallas Animals Services.

“It is not a homeless shelter. These are affordable supportive units,” Hardman said. “It would look and feel like any other market-rate development. The only difference is that we require supportive services to be available.”

The Greenville Avenue property falls in District 10, which is represented by council member Adam McGough.

McGough said the new units would just add more people to an area with a lot of low-income housing. The proposed Greenville location is not a good site for affordable housing, he said.

He said the area is already battling high crime rates, and that section of Greenville is already filled with Dallas Housing Authority properties.

“We need more affordable housing. We just need to be smart about how we do it, and where we put it. And you don’t put it in a place that has already a high amount of concentration of housing,” McGough said.

Developers have until Aug. 15 to submit their proposals for the spaces.

There is a public meeting at Audelia Road Branch Library starting at 5:30 p.m. Wednesday to discuss the plans.

“Our number one goal for any housing that we develop, we want it to be an asset to the community,” Hardman said.