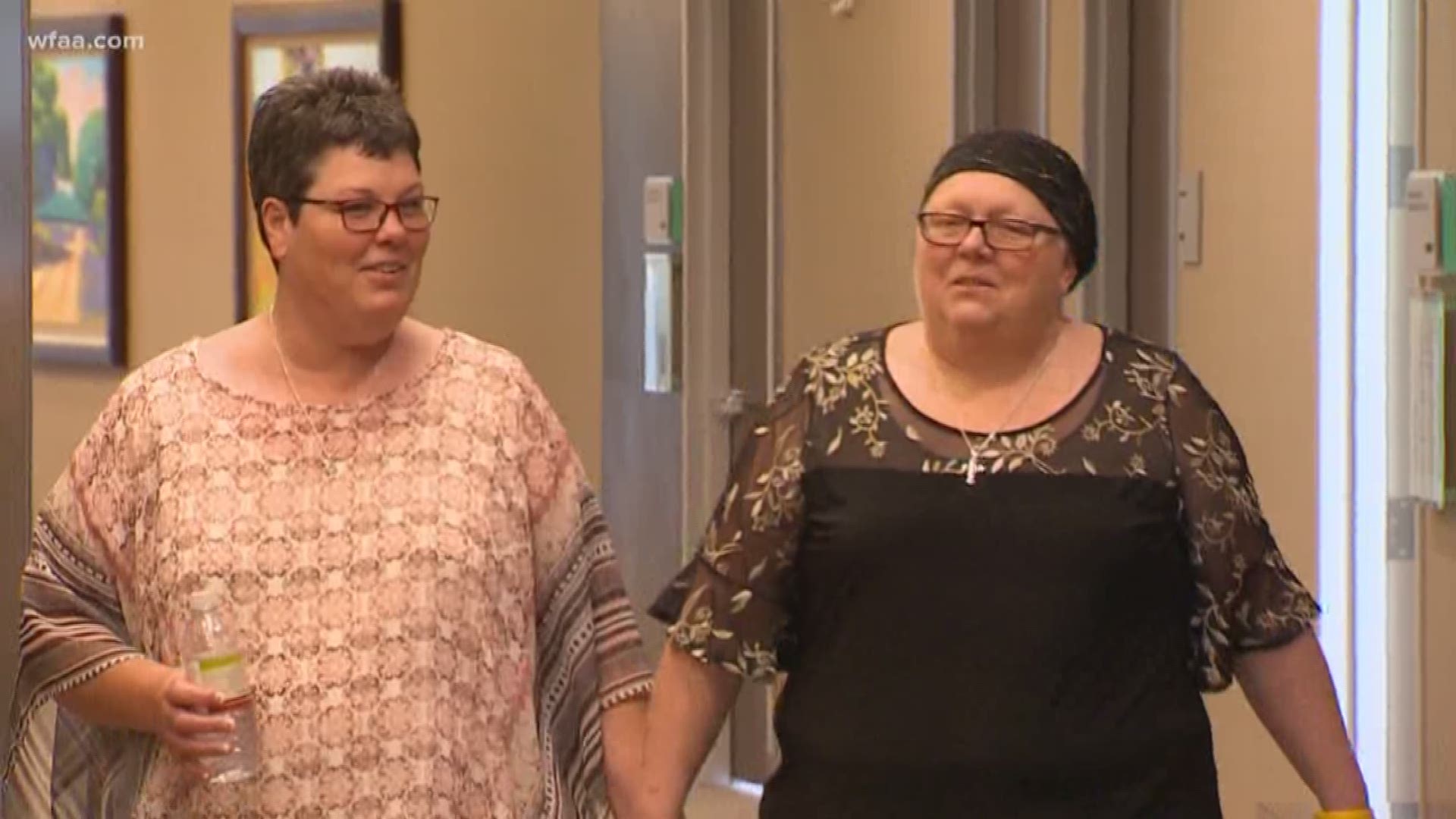 DALLAS — The American Cancer Society broke ground on a new Dallas facility Tuesday that will allow cancer patients and their caregivers to stay for free during treatment.

“[It’s] a place where cancer patients can just focus on one thing,” said Jeff Fehlis, executive vice president for the American Cancer Society’s South region. “And that’s getting well.”

The facility will be named the Gene and Jerry Jones Family Hope Lodge. The Jones family donated $7.5 million to create the new cancer facility.

“It was done. It was over,” said Jerry Jones after he was initially approached about participating in this project with Baylor Scott & White Health. “I wanted to be there because I like to rub elbows with winners.”

The 40,000-square-foot facility will sit on the Baylor University Medical Center campus. It’s expected to open in 2021 with 50 private guest rooms.

“So many patients have had to travel more than 100 miles,” said Dr. Ronan Kelly, director of oncology at the Baylor Charles A. Sammons Center. “The Hope Lodge is going to provide a home away from home.”

The first Hope Lodge in Texas opened in Lubbock. Another is currently under construction in Houston.

Christie Terry-Ball just started five and a half weeks of radiation at BUMC. She and her wife are from Hugo, Oklahoma.

Right now, the couple is staying in a hotel near Love Field, relying on donations and fundraisers from friends and family to foot their lodging bill.

Terry-Ball knows the Hope Lodge will be a blessing to future cancer patients like her.

“Cancer’s scary enough on its own,” Terry-Ball said. “But people that have to travel to come to the specialist – [the Hope Lodge] is really going to be beneficial. I would’ve loved it.”