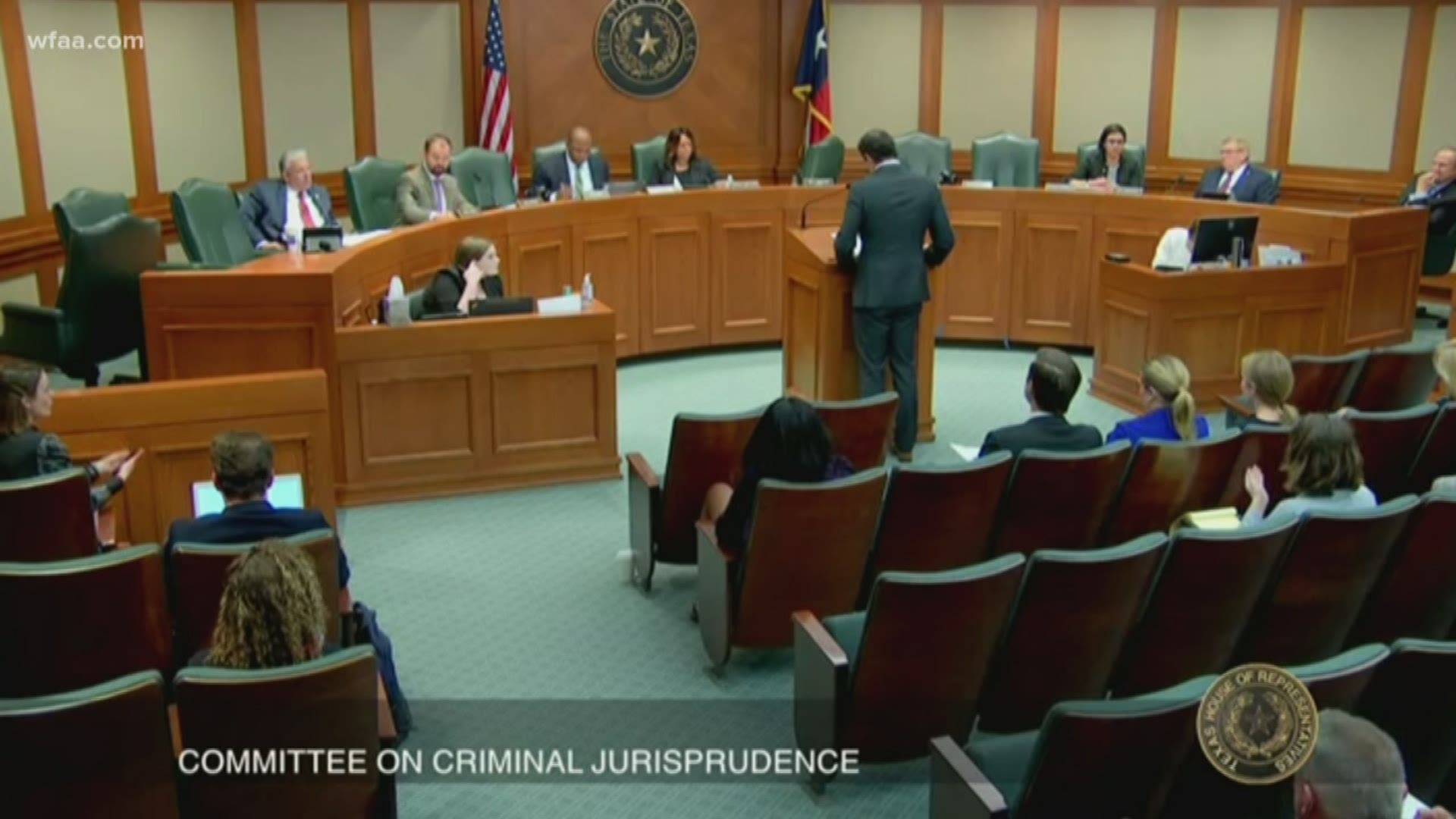 FORT WORTH, Texas — Fort Worth mom Lynn Winter wears a lot of hats. She's an attorney, a wife and a dance instructor. She also runs popular social media accounts and a blog on motherhood, with thousands of followers.

"I love it," she told WFAA Tuesday, "but it also has some bad parts to it, too."

Those bad parts come in the form of unsolicited lewd photos, usually from men.

"You do get some photos, nude photos, and pictures of body parts you don’t ever want to see outside of your own marriage or relationship," Winter said.

Winter says she gets five to six photos a week via Instagram alone.

"It's disgusting," she said. "It’s a norm, and it is sad that we just have to accept that."

But that might be changing, thanks to a bill headed to Governor Greg Abbott's desk that would criminalize that very act.

In recorded testimony from Austin, Meyer said the new law would address a "modern and, sadly, growing problem across digital communication platforms."

SMU grad Whitney Wolfe Herd, who's the CEO of popular dating app Bumble, spoke in favor of the proposed law in Austin. She said a recent study of Bumble users showed one in three had received an unsolicited lewd photo.

"If indecent exposure is a crime on the streets, then why is it not [a crime] on your phone or your computer?" she said.

Kathryn Jacob, who runs domestic violence resource center SafeHaven of Tarrant County, says this behavior is a sexual violation and she supports the bill.

"The fact that it’s done without consent really takes away any power from the victim. The victim didn’t ask for the photo," Jacob said.

As for Winter, she just hopes the law would be enforced, because something needs to change.

"I think it’s a great first step. I think we have to start somewhere," she said.

If Governor Abbott signs the bill, it would go into effect in September.