Some call him the most troubled lawyer at the Dallas County Courthouse. 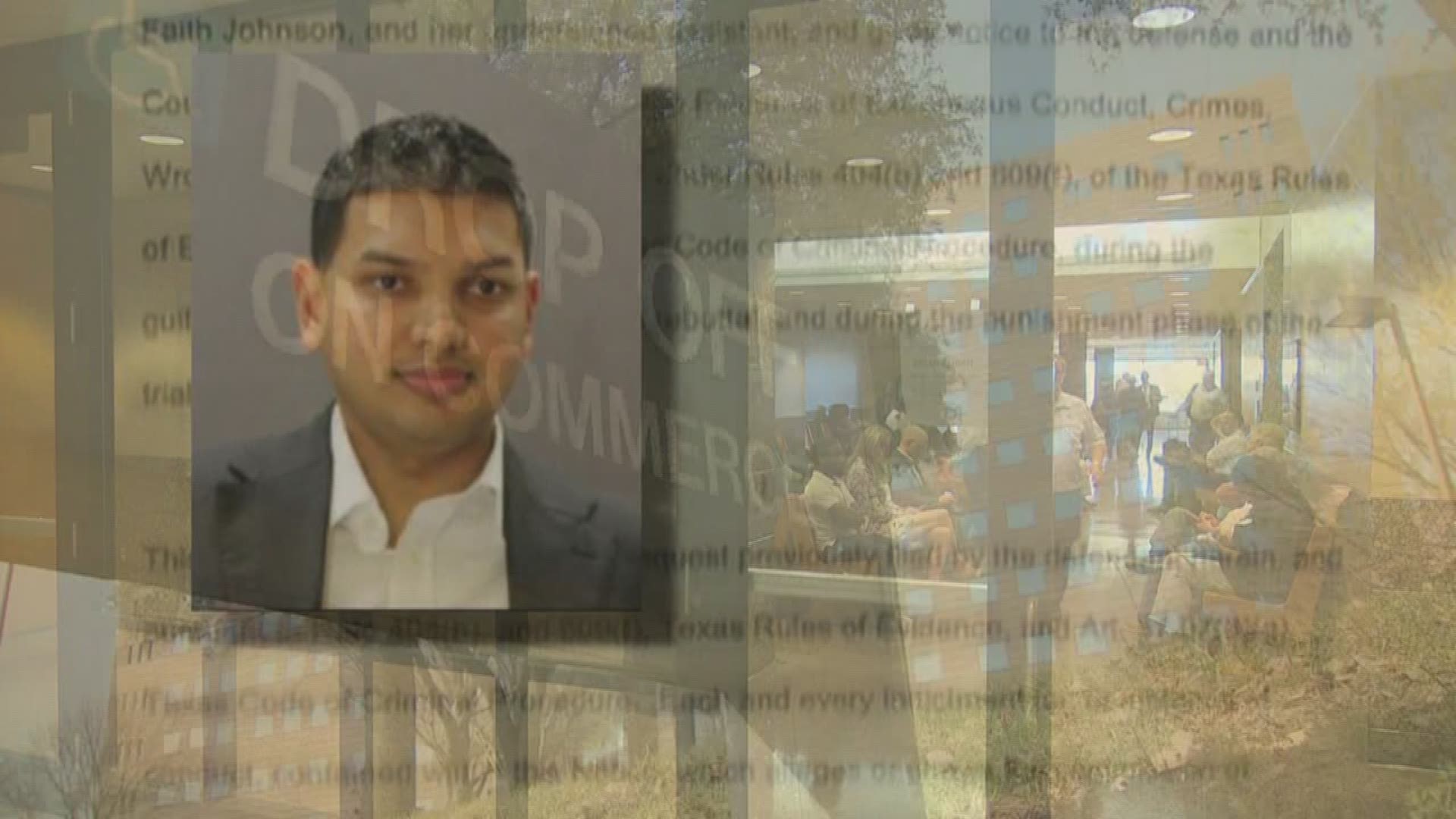 Some call him the most troubled lawyer at the Dallas County Courthouse.

An attorney charged with multiple crimes including indecency with a child. And while he's awaiting his trial, many of his colleagues are outraged this attorney is still practicing law.

Two weeks ago, Dallas defense attorney Rayan Ganesh sat alone in a courtroom, for more than an hour, avoiding our cameras as well as serious questions about the charges against him.

In July of last year, Ganesh was arrested on two counts of indecency with a child for exposing himself at his law office. Then in February of this year, Ganesh was indicted on seven counts of barratry, which means illegally soliciting clients. But Ganesh is still practicing law while he awaits his own trial. So, the Dallas County District Attorney's office filed a motion a few weeks ago, asking a judge to keep him away from the courthouse by raising his bond. The judge in his case, Amber Givens-Davis did just that. Yet today he is free on bond, still working the courthouse halls. Presumably representing his more than 650 clients.

"For somebody to have 500 active clients right now that gives me great concern that he's not acting in the best interest of his clients," said Dallas criminal defense attorney Peter Schulte. Schulte is just one of several lawyers who provided court testimony against Ganesh after allegedly catching him soliciting clients in the courthouse hallway.

He and other attorneys we talked to feel a normal defense attorney caseload is more like 50 to 100 clients.

Schulte feels more should be done to protect the public from Ganesh whom he feels is doing a disservice to too many clients. Two weeks ago, we found Ganesh pacing the Dallas County courthouse, apparently surveying the hallways for potential clients many of whom were sitting outside various courtrooms awaiting their case hearings.

We specifically watched him engage two individuals who later told us they had in fact hired Ganesh.

One woman, whose identity we agreed to protect, told us $800 to represent her, but only after he approached her.

Again, according to state law, attorneys cannot directly solicit business, even in the courthouse where the woman says she came for her hearing without an attorney.

Another defendant, Marcus Jackson, says Ganesh solicited him in the hallway as well. "He just walked up to me after I hung the phone up and passed me his card," said Jackson. "He literally solicited my business to hire him."

Jackson says he agreed to hire Ganesh, paid him, but was later arrested for not showing up for court. He says Ganesh never told him about the hearing. According to Jackson and a 27-page pleading from the Dallas County District Attorney, Jackson was thrown in jail for 5 days for "failure to appear". "I literally put money in his pocket for nothing," said Jackson. "That's money I could be paying to another lawyer proving my innocence with somebody who is going to help me and keep me free."

We tried to discuss the allegations with Ganesh ago after watching him approach multiple defendants in the courthouse hallway.

Ganesh ultimately chose not to discuss the matter with us at all. Officials with the State Bar say there is little they can do to pull Ganesh's credentials as long as his criminal cases are pending. His trials on barratry and indecent exposure are set for later this month.