After Monday's federal approval, construction on Dallas-Houston bullet train to begin next year

“This is the moment we have been working towards,” said Carlos Aguilar, CEO of Texas Central Railroad. 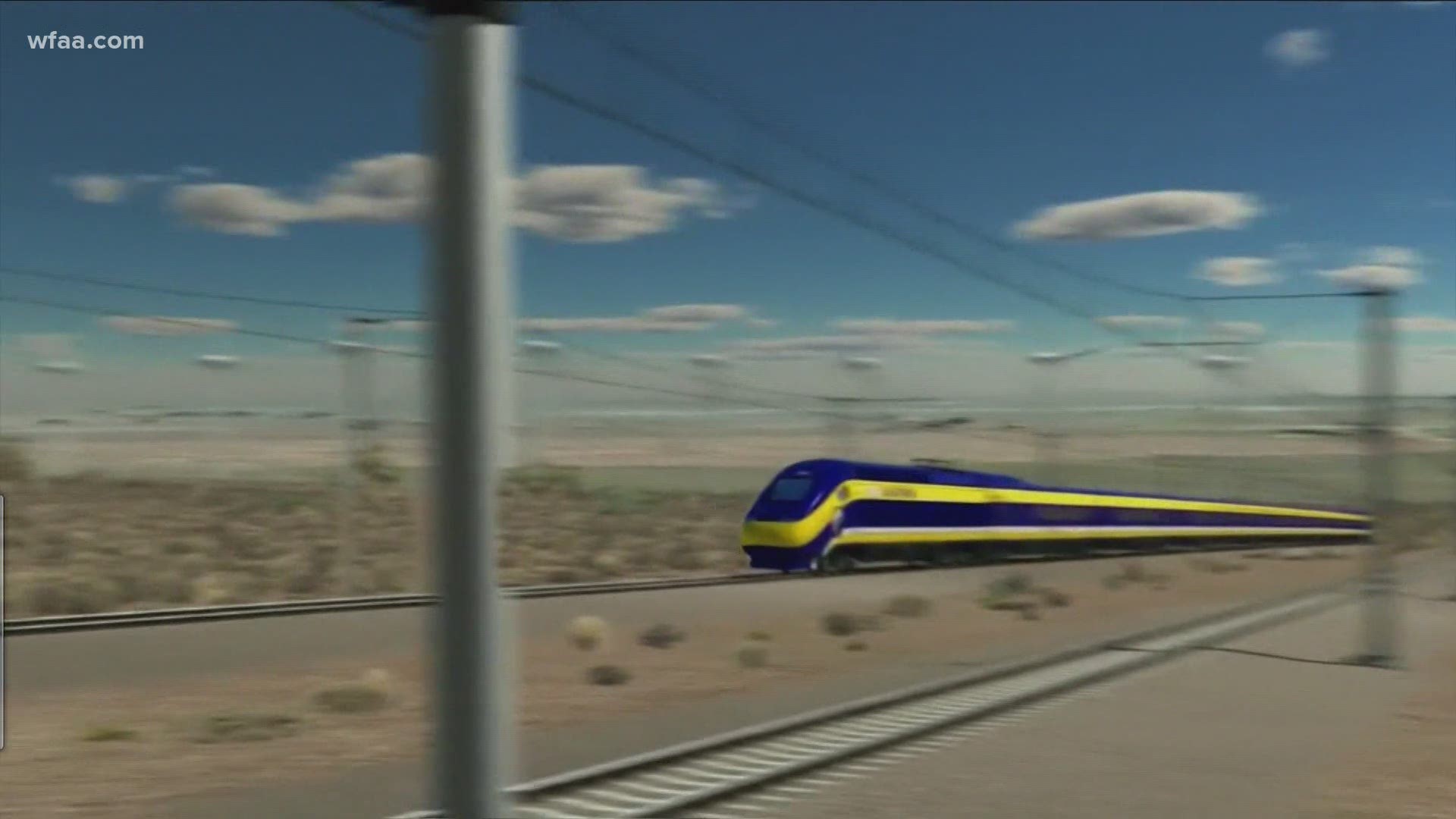 DALLAS — Editor's Note: The video above is from a 2018 story on the proposed bullet train.

The Federal Railroad Administration gave its final approval for a bullet train between Dallas and Houston on Monday, another significant milestone in what could become the country’s first high-speed rail line.

“This is the moment we have been working towards,” said Carlos Aguilar, the CEO of Texas Central Railroad. “[The approval] by the Federal Railroad Administration represents years of work by countless individuals, affirming a very thorough and careful federal regulatory process that will make the Texas Central Railroad the first high-speed rail system to be implemented in the United States.”

The approval from the FRA is two parts: the agency on Monday released the final Rule of Particular Applicability, as well as the Record of Decision.

The Rule of Particular Applicability creates the regulatory framework and safety requirements for this high-speed rail system.

The Record of Decision is the official environmental approval. It also formally selects the so-called alignment or path that the Texas Central Railroad tracks will follow between Dallas and Houston.

Texas Central Railroad is still waiting for approval on its application with the U.S. Surface Transportation Board, which will sign off on the actual permits.

Construction is tentatively set to begin in the first half of 2021.

Texas Central already has control of 600 parcels of land needed for its tracks. That's roughly 40% of what is needed for project. Texas Central is still negotiating for the remainder of land while it prepares to line up the rest of the financing required.

With Monday's developments from the Federal Railroad Administration, Texas Central can focus on securing funding, followed by the start of physical construction, the railroad told WFAA.

Texas Central Railroad said it has already secured letters of intent from banks in Japan and Europe and is now working toward getting formal commitments from these entities, as well as others in the United States.

The project is privately funded and will be modeled after the Tokaido Shinkansen bullet train operated by Japan Central Railroad. In 2018, WFAA traveled to Tokyo to see the rail line first-hand.

“Texas Central is ready to build and will proceed to construction as soon as possible to contribute to the nation’s COVID-19 recovery,” a spokesperson for the rail line said in a statement.

The Texas high-speed rail project will have three stations: Dallas, Houston and a stop in the Brazos Valley.

The Dallas station is planned for off of South Lamar Street, within walking distance to the convention center on the southern edge of the skyline.

It is forecast to create more than 17,000 jobs during the six years of construction and generate more than “$10 billion in immediate economic impact across the U.S. via contracts for steel mills and other manufacturers, minority- and women-owned businesses, veterans and rural businesses,” the TRCC statement said.