After attacks, these North Texas women found security in the weapon they once feared

Guns were used to terrorize them in a brutal attack. Years later, they've found a way to cope through the very thing used to intimidate them. 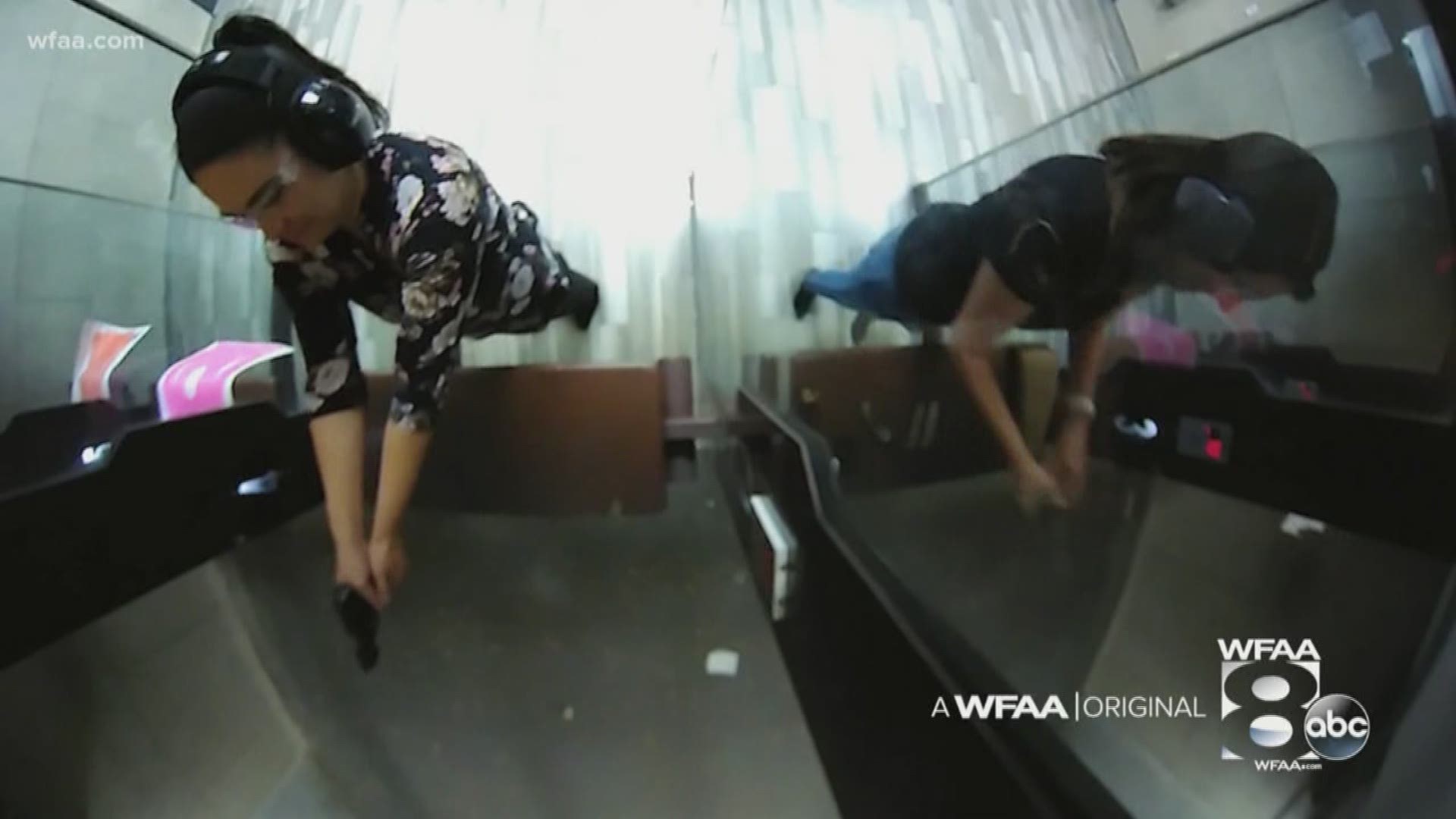 FRISCO, Tx. -- Guns were used to terrorize them in a brutal attack. Years later, they’ve found a way to cope through the very thing used to intimidate them.

Many people in Texas grow up around guns. They know the safety rules and have their favorite things to shoot, and Kathy Smith and Julie Ybarra look the part. So it’s amazing to think the first time they both were exposed to firearms was on the night they were attacked.

“He appeared in the doorway of my bedroom, holding a shotgun,” said Smith. “And he told me to shut up.”

In November of 2006, Stanley Ledbetter broke into Smith’s apartment, on his way to becoming a serial rapist.

“At one point he did set the gun down on the sofa next to me, on the arm of the sofa. And I thought for a minute I could grab it, and I could take control of the situation and then I realized that I didn’t really know anything about guns. I’d never really handled one,” said Smith. “I realize it’s probably not the best thing to do, I’d probably end up shooting myself.”

He got away that night, and got more violent. In April of 2007, He stabbed Ybarra six times.

“You don’t ever get over it," said Ybarra. “You’re always aware.”

She was Ledbetter’s 19th victim. DNA put him behind bars for life a year later.

It was at his trial, where Smith first met the woman she thought she could have saved.

“The reality of the situation is you can’t change it anymore, it’s in the past,” said Ybarra, who says it is common for victims to go over what they would have or could have done during an attack. “What can you do to educate yourself moving forward, as though you’re in control of that situation.”

That wasn’t obvious at first. It was a man with a gun who destroyed their sense of security, but by learning to shoot they started to find it in the weapon they feared.

“Even not having a loaded gun on me, I still feel stronger because it’s kind of taking that power back,” said Smith.

It is a common feeling.

A 2016 Gallup poll shows gun ownership is higher among crime victims than nonvictims. 19 percent of female victims own a gun, compared to 14 percent of all other women. And that doesn’t count others like Smith and Ybarra, who came to guns long after their attacks. Today, they fire with confidence.

The shredded targets show how far they’ve come, bringing it full-circle for Smith who will never again be in a room with a gun and not know how to use it.