After this story first aired, Don's generosity inspired other similar acts of kindness. 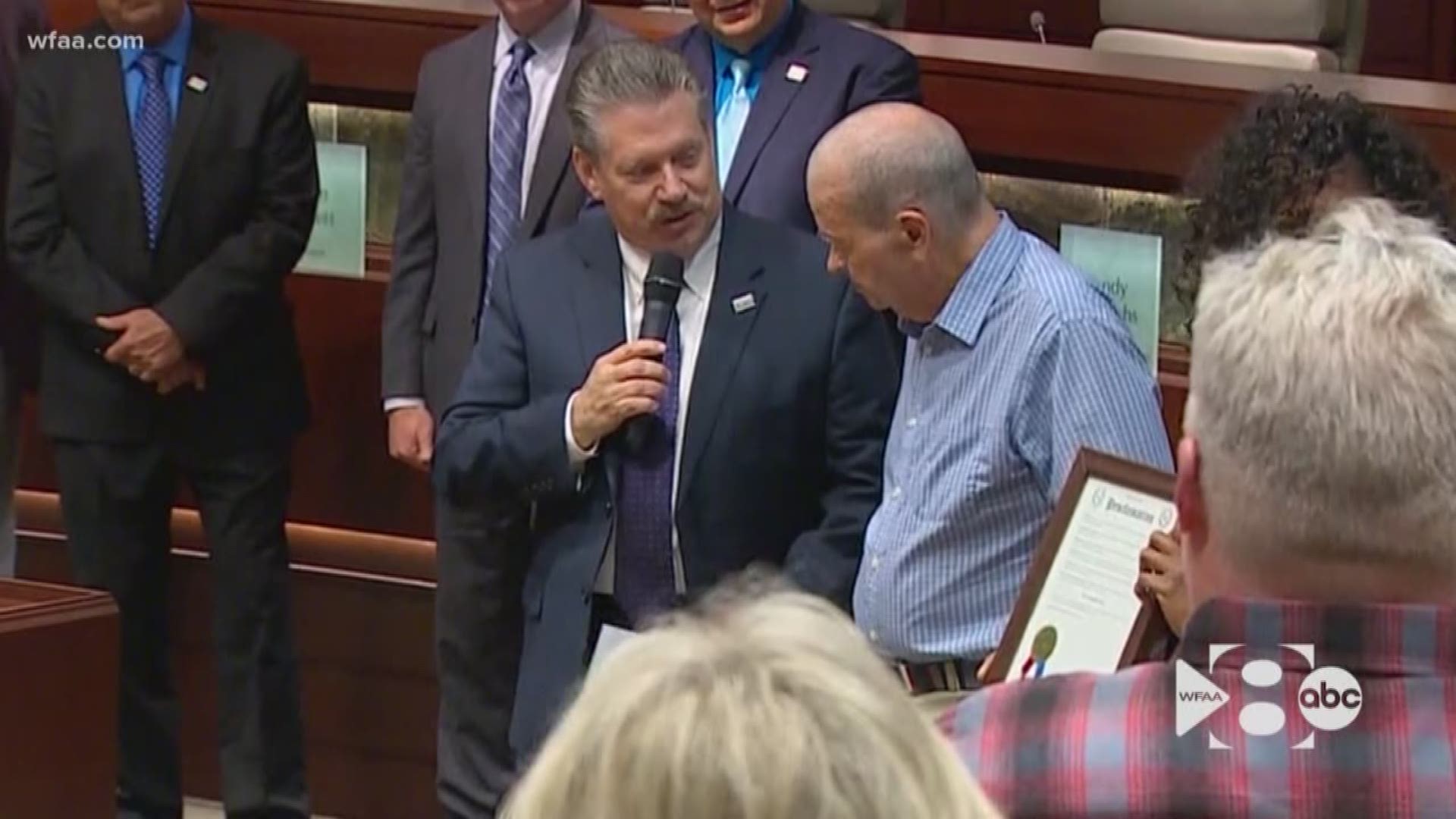 Last month, students at Florence Elementary in Mesquite gathered for a surprise.

“Let’s give him a round of applause,” said the principal as the students gathered. Don Douglas, 84, had come to see the kids for the first time even though he already knew them quite well.

As we first reported a couple months ago, Don is legally blind. About a year ago, he was reading the newspaper through a projector when he saw an article that said a lot of local schoolchildren don’t get enough to eat. "I still get upset when I think about kids being hungry,” he said.

So, Don went straight to Florence Elementary and demanded to see the principal. “He literally went into his billfold, pulled out $100 and said, 'I'm giving you this money and this is to make sure that every single student in your building has the opportunity to eat,’” principal Ladonna Gulley said.

Don still donates every month and that $100 has been multiplying ever since. After this story first aired, Don's generosity inspired other similar acts of kindness.

Dozens of people sent donations from as far away as Georgia. Others gave money to schools in their own towns and the city even recognized don with a day in his honor. Not everyone came away with the same happy feeling.

Steve Harris works with a company called Seeboost. He told us about this device that can help some people, like Don, see more clearly, so they invited him in to try it out.

Don got to keep one as a gift and, while it did improve his vision it put those kids clearly in focus. With renewed vision, Don was asked what he wanted to see first.

“I could see the kids, but I couldn’t see their faces. I wanna see their faces, and I can with these glasses,” he said. That was his intention when he went back to the school two weeks later. Until, Don told the kids he had a surprise.

For the first time in years, Don read a book straight from the pages. And for the first time ever, saw the faces smiling in return. “You’re a beautiful bunch of kids,” he said while fighting back tears. “When I think about the future, I’m not worried because I know you kids are gonna have a great future for all of us. And I thank you for letting me read to you.”

If only we could all see so clearly.