Investigators are working to determine what caused a fire at a beloved pastor's home on the 700 block of Lovern Street in Cedar Hill on Thursday. 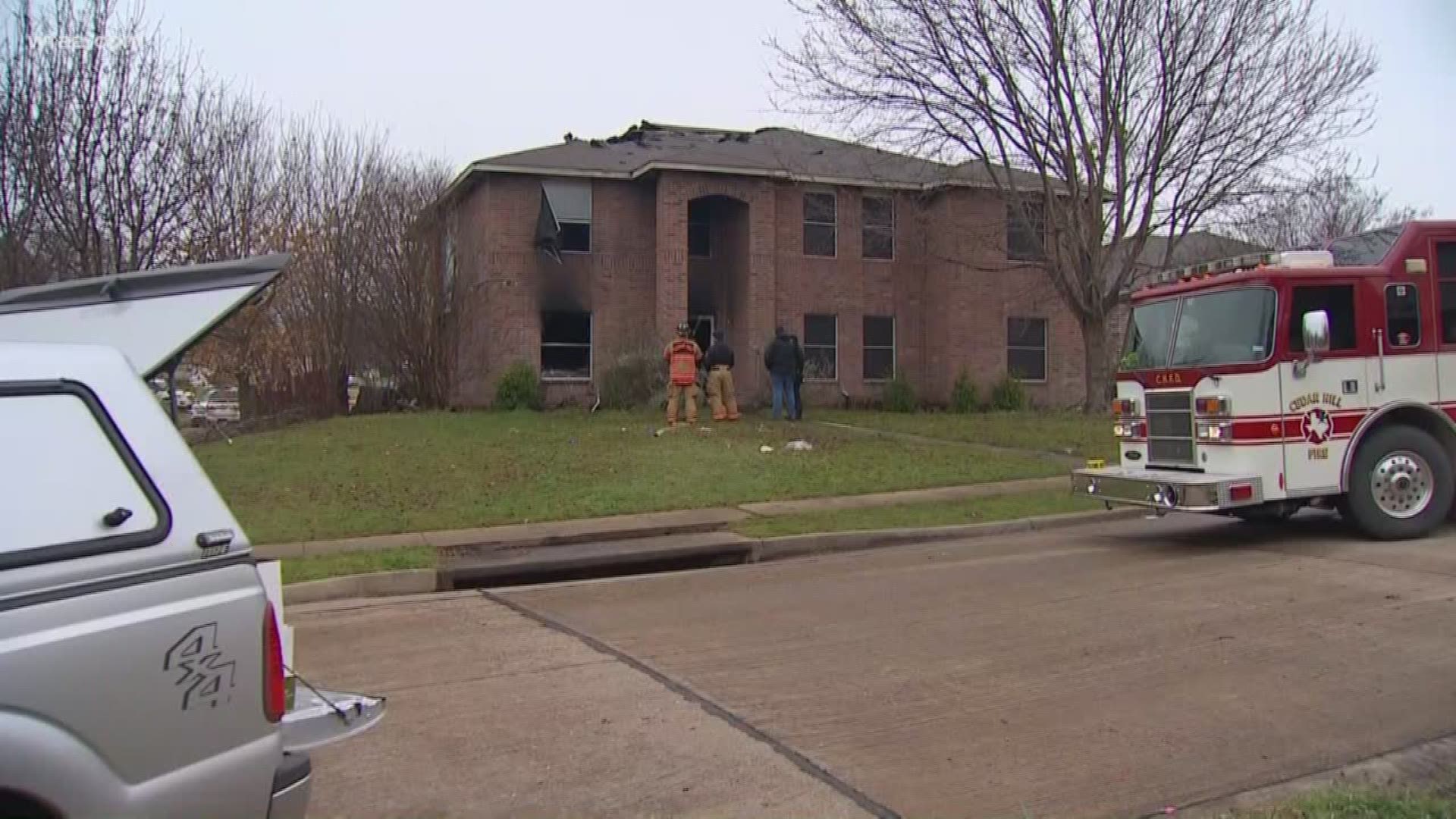 CEDAR HILL, Texas — Investigators are working to determine what caused a fire at a home on the 700 block of Lovern Street in Cedar Hill, where three people were found dead on Thursday.

Emergency workers responded to the home around 4:30 a.m. on Thursday. Police say what began as a fire investigation has now become a criminal investigation, after neighbors reported heard the possible sounds of gunshots.

“Fire trucks was everywhere," neighbor Tammy King said, "and I was like shocked.”

The fire ripped through the brick two-story home.

”I am just in shock,” neighbor Wanda Fuller said. “I am just really in shock.”

The victims were identified as Eugene Keahey, a beloved pastor; DeAnna Keahey and 15 year-old Camryn Keahey. A dog also died in the fire.

Police who first arrived at the house were able to rescue another man and a woman from a second floor window. A sixth victim remained in critical condition at Parkland Hospital.

It was an emotional day for neighbors and community members as word quickly spread about the fire and the victims.

"When I got the call that something had happened to the Keahey family, I rushed in to my car to come out here to see," said family friend and Cedar Hill School Board Trustee Dawn Miller. "Because we love him. He’s like a brother.”

Keahey led the Mount Zion Church of Sandbranch. It’s a congregation in a small, rural, unincorporated Southeast Dallas County community where neighbors have been fighting for a municipal water system for years.

“He’s volunteered in our schools," Miller said. "He’s just an awesome gentleman. His wife and family have given themselves selflessly to communities across this metroplex for years.”

Investigators were combing through the damaged house, searching for clues. Firefighters say when first responders arrived, they did not hear working smoke detectors.

“Although we are devastated, we are not defeated, and we intend to work with even greater diligence to solve the water problem in Sandbranch as a testament to Pastor Keahey’s dedication to a community he loved and served for so many years."