These Dallas lawyers are standing up to landlords serving eviction notices

“We’ve had to tell some landlords to stand down and follow the rules,” said Dallas attorney Mark Melton. 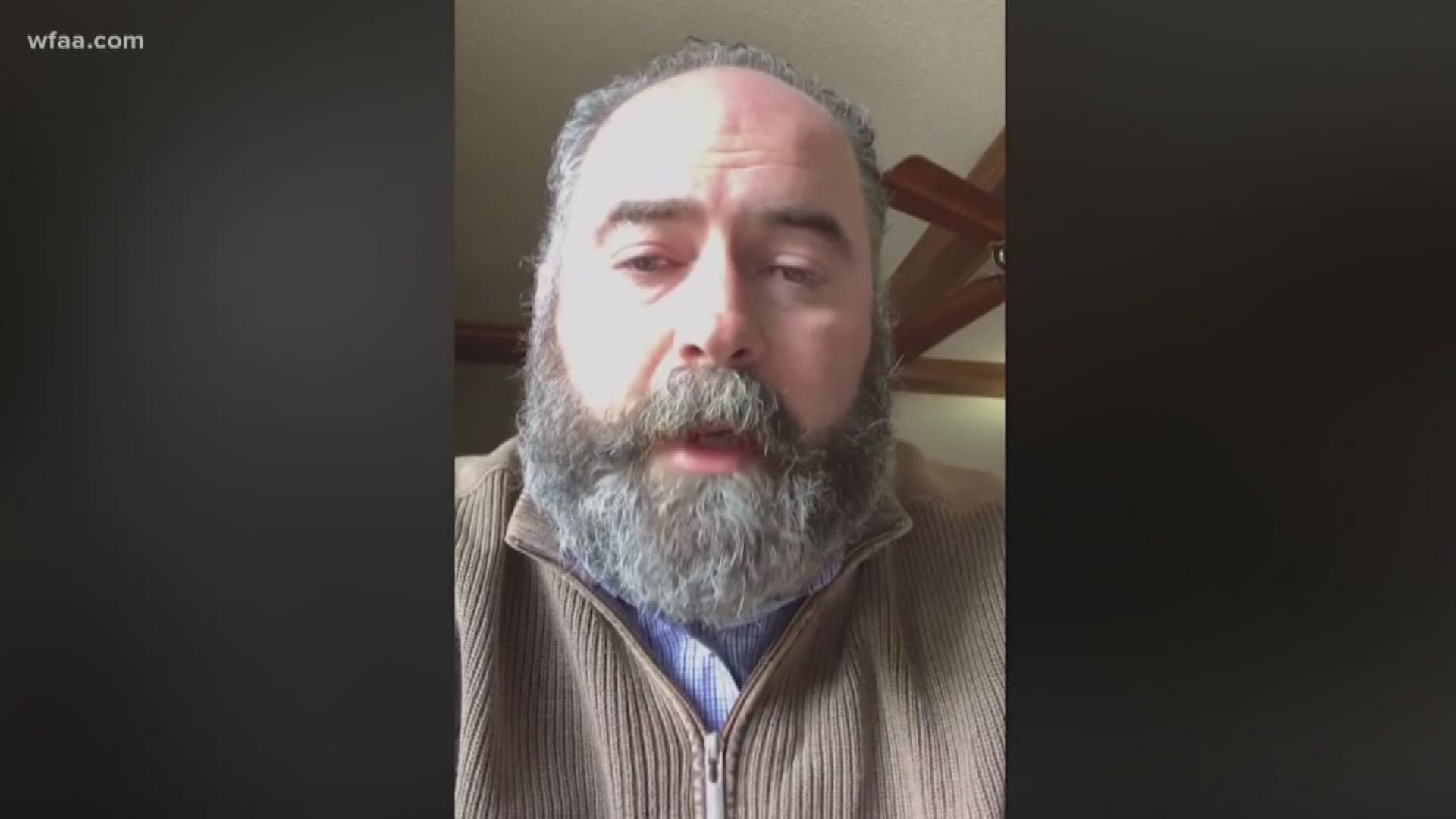 “It was all by accident,” the Dallas attorney said, “and we’re making it up on the fly as we go.”

In early April, Melton started using Facebook to answer questions from renters who got eviction notices. But he soon realized the need was greater than one man on social media.

He began recruiting attorneys – the team is now up to 80 – who are willing to tackle any issue or answer any question renters or landlords might have.

Unemployment claims have skyrocketed in recent weeks as businesses have temporarily or permanently closed during the coronavirus pandemic.

Many worry whether they can pay their rent, which is why Melton's team is offering advice pro bono.

“These are life-shattering and life-changing problems,” he said. “It’s my view that if you have the power to solve someone else’s problem, you have a responsibility to use that power as often as you can.”

Melton said they are getting 50 to 100 inquiries a day and he expects the number to go up as May 1 approaches.

He said there have been a few instances where they “had to tell some landlords to stand down and follow the rules.”

Dallas County issued a moratorium on evictions through April 30. Melton and his team helped the City of Dallas draft a proposed ordinance that a council committee will begin to review Thursday.

It would offer additional protection to renters.

Melton said landlords would be required to issue tenants a pre-notice that they are facing eviction. That notice would give renters 21 days to respond, explaining how they have been impacted by the coronavirus pandemic.

Melton said it is a procedural way to delay evictions up to an additional 60 days, and he said it follows current state law.

“We think it’s fair to landlords and tenants, but still provides protections we need as city to avoid a mass homeless event,” he said.

Executive Director Frances Espinoza is worried the spike in calls could soon equal a wave of homelessness in Dallas.

“Over 85 percent are people calling asking how they can get assistance paying their rent. And that isn’t even something we do on a daily basis. That isn’t our mission," Espinoza said.

On Wednesday, Dallas City Council members began discussing a plan that would use more than $2 million from the federal Coronavirus Aid, Relief, and Economic Security, or CARES, Act to create a short-term rental assistance fund.

“If that doesn’t happen, I think we’re going to have a lot more families and individuals become homeless,” Espinoza said.

While Espinoza said it has been hard to find a place to send clients in need of rental assistance, the City of Dallas does have a list of resources on its website.

RELATED: Right on the Money: How to know when your stimulus check hits your bank account

Melton continues to host nightly sessions via online video chat to train new attorneys who want to join his team. He has several Spanish-speaking lawyers, but could use more, he said.

“Our advice is - to the extent you are able, you should pay your rent. But, if you’re not, we’re trying to give people some peace of mind knowing they’re not going to be on the street by this weekend," he said.

Melton can relate to the fear he’s hearing from the renters who reach out to him.

In 1999, he lost his job and then lost his house in Oklahoma. He moved his family to Dallas without knowing what would come next.

“Literally showed up with no place to live, no job and no real plan,” he said. “Dallas has been great for me, but when I see people in those situations it takes me back to the things I went through.”

“I understand the feeling of helplessness and desperation.”