The CDC bans many evictions, but many more renters may still be getting forced out by 'informal' or illegal evictions

The CDC orders a halt to many evictions. But you have to fill out a form first. And even that may not protect some renters...who might benefit from free legal help. 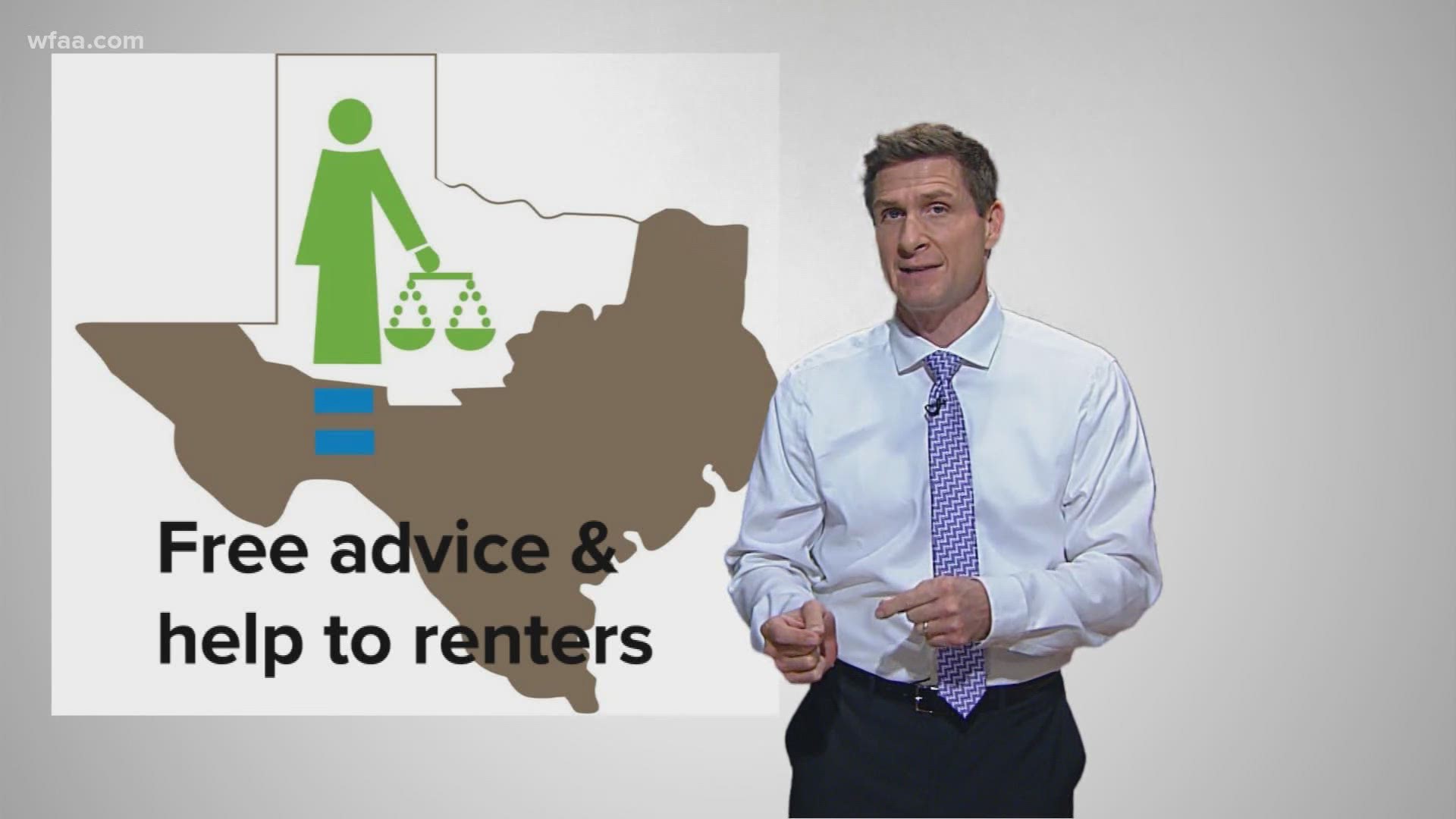 DALLAS — According to an apartmentlist.com survey published in August, 37 percent of renters said they were concerned about being kicked out in the next six months. We have seen a recent spike in landlords moving to send delinquent tenants packing.

Princeton’s Eviction Lab studies the phenomenon by pulling data from 17 cities across the country where eviction information is readily and regularly available. The lab counted 3,030 eviction filings the last week of August.

Fort Worth, which is among the cities tracked by the researchers, saw eviction filings go from 181 to 491 in the last two weeks of August, though it should be noted that overall, the research shows evictions during the pandemic have fallen off significantly from the numbers recorded before COVID-19. Some of that is attributable to the fact that early in the pandemic, eviction moratoriums were put into effect.

RELATED: CDC halting evictions for some people due to coronavirus

CDC halts many evictions...but you must fill out a form

The CDC just halted many evictions through the end of the year. But again, many of them could still be happening quietly. There are four qualifications you must meet to be eligible for the protection:

And tenants have to fill out a form, which can be found here.

However, Princeton’s Eviction Lab estimates there are twice as many "informal" or illegal evictions than the cases that end up in the courts. So even with an eviction ban in place, many may still be vulnerable.

Attorneys with Legal Aid of NorthWest Texas have been offering free advice and help to renters who meet income requirements. They stress that it is important to talk to your landlord first. Try to explain your situation and attempt to negotiate arrangements with the property owner or manager if you are struggling to pay rent. If that doesn't work, attorneys say it’s important for tenants to know that a landlord has to go through a legal process to evict someone - they cannot just change the locks.

Legal Aid of NorthWest Texas says it sees some cases all the way through the courts. But they say anyone who calls in to 1-888-529-5277 gets to consult with an actual attorney. And it’s all free. The organization says from April through August of 2019, they handled 25,255 calls. In that same time period this year, they have fielded 51,934 calls.

Additionally, tenants who are struggling may be able to find resources here.

56,759 more Texans filed for unemployment in the last week of August. But additional funding from Washington D.C. has just come in to keep paying the extra $300 per week in federal benefits. The Texas Workforce Commission says a total of five weeks of Lost Wages Assistance has now been made available, and the agency is requesting more funding from the federal government on a weekly basis.  Here’s what TWC says about that: