To accommodate companies and professions in the pandemic, Josh Butler and Bill Mott began building and hosting virtual conferences. 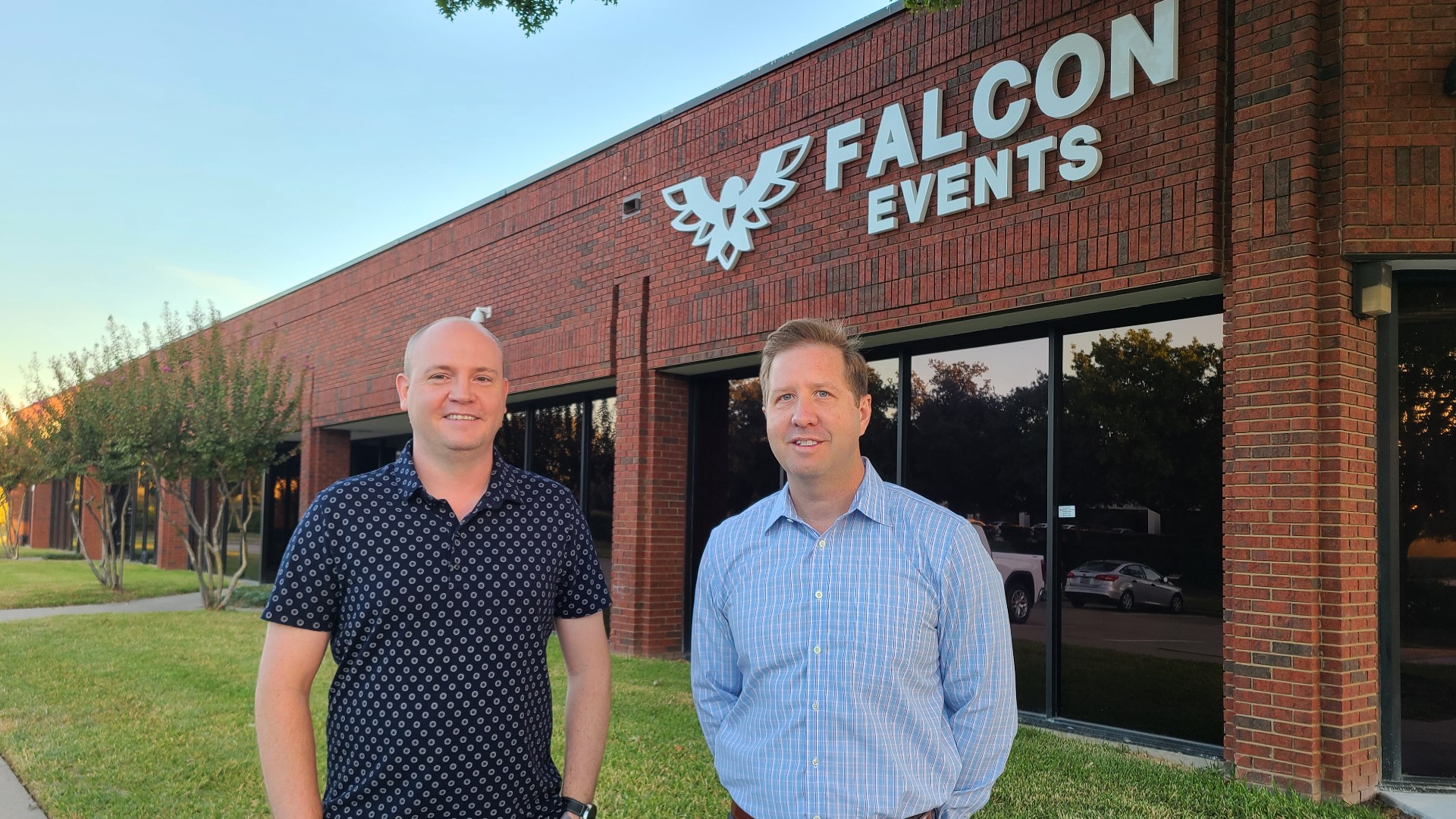 IRVING, Texas — A lot of things have been in high demand this year: toilet paper, anti-bacterial wipes, even hand sanitizer.

Now, you can add virtual events to that list. One Irving-based company never thought it would grow tremendously by building and hosting them for companies across America in recent months.

The result: dozens of people without a job due to the pandemic now have one again.

The two primarily focused on providing virtual viewing options for folks in the corporate, small business, medical and philanthropic world who couldn’t attend events and conferences tailored for their profession or interests.

“We started off with just two people, and it was just me and Bill in my living room,” Butler said laughing.

“Adding the virtual component to a physical event was very much our space—but now we’re 100 percent virtual.”

Butler and Mott have more than 20 years of experience in event planning.

The pair figured their careers would pause due to COVID-19 since stay-at-home orders left convention centers and spaces used for large corporate gatherings as ghost towns.

RELATED: Here's what Texas considers as 'work search' for those unemployed

But the two found that a number of companies and professions still needed to convene regularly to better their worlds.

Mott says the beginning of a new chapter in their careers began with the medical community.

“A lot of our business began with medical conferences and those really have to keep happening,” Mott said. “Doctors rely on them to further the advancements of medical knowledge and technology.”

To accommodate during the pandemic, Butler and Mott began building and hosting virtual conferences.

They gave a demonstration to WFAA, showing that guests or users can digitally explore a virtual conference space (that looks similar to any convention center or building) like an interactive video game.

“You can look at medical posters, presentations, you can network with the attendee list,” Mott said. “You can be in a 360-degree virtual event booth or engage with exhibits and sponsors.”

Similar to a television broadcast they can cue up name identification graphics, video, or presentations while someone is talking.

RELATED: Depending on where you live in Texas, you may not have to conduct any work searches to be eligible for unemployment

Some conferences have had thousands of users and have lasted for more than a single day.

Bottom line, this isn’t just jumping on Zoom for a quick company chat.

And here's the best part: Mott and Butler can't do all of this on their own.

"Yes, we had no idea that we would become a 100% virtual event company within a few months," Butler added.

The two had to quickly make hires to adjust to the number of events they booked.

Within weeks their employee numbers went from two to 80, and 90% of their new hires were people furloughed due to COVID-19.

People like Kendall McCrae who was a flight attendant for American Airlines.

"There was an impending doom about it all," McCrae said. "It was weird to lose your job to something so intangible."

Not to mention, with so many people looking for work, the competition to actually get it becomes heightened.

"You're losing your job with thousands of other people who are in the same boat," McCrae said.

McCrae told WFAA that she got word about Falcon Events from someone she knew and applied immediately.

"I was so surprised and thankful," McCrae said. "As a flight attendant it took me six months to get hired and this only took one day," she said with a laugh.

McCrae now works with speakers who are planned to talk at virtual events, letting them know how they'll be introduced and how they can approach this new world of virtual that everyone is adapting to.

Butler and Mott say their adaptation wouldn't be possible without the dozens of people looking for another career shot this year.

"Our growth was made feasible really by the onslaught of extremely talented people that got dumped into the labor pool," Mott said.