About 600 employees, along with the Chase branch on the ground floor of 2200 Ross Ave., will move to the tower that flanks Klyde Warren Park. 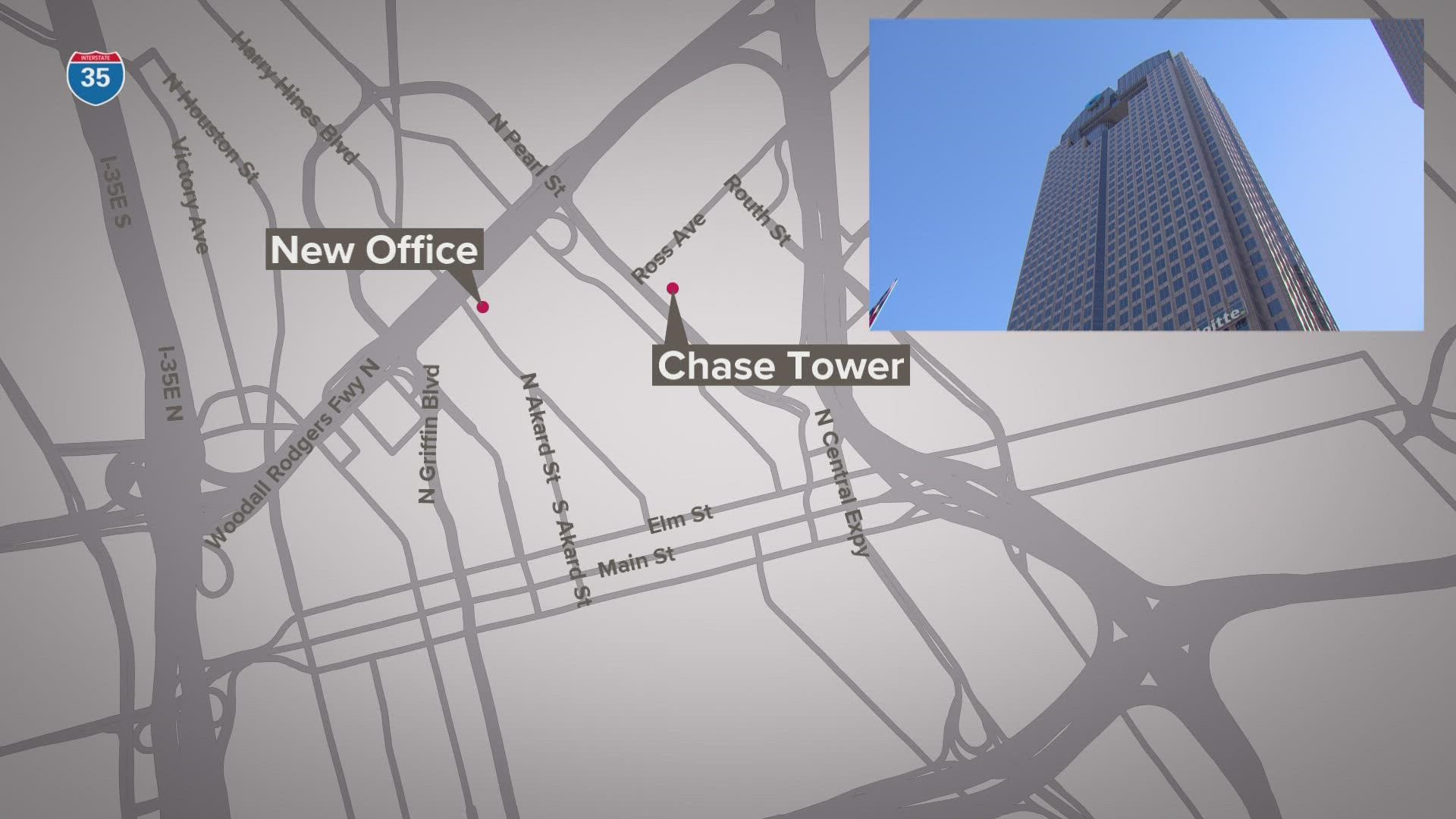 DALLAS — JPMorgan Chase officially announced plans Tuesday to move to the bottom five floors of 1900 N. Akard St. in a shift from its namesake downtown office space at Chase Tower along Ross Avenue.

About 600 employees, along with the Chase branch on the ground floor of 2200 Ross Ave., will move to the tower that flanks Klyde Warren Park. Most of those 600 employees currently work at Chase Tower.

JPMorgan Chase will take down about 132,000 square feet at 1900 N. Akard, the building that houses Hunt Consolidated’s headquarters. At Chase Tower, the financial institution inhabits 194,000 square feet across 11 floors.

The New York-based entity, which has 14,600 employees in Dallas-Fort Worth, first backed Klyde Warren Park in 2010 with a $3 million donation. The new office space will include a newly designed client center featuring views of the park.

“Downtown is incredibly important to the future and vibrancy of this city and our region,” said Elaine Agather, chairman of JPMorgan Chase in Dallas, in a prepared statement.

JPMorgan Chase expects to complete the move to 1900 N. Akard in the third quarter of 2022.

The Dallas Business Journal previously reported talk of the bank’s move out of Chase Tower in July.

Aside from its downtown presence, JPMorgan Chase also has a massive employee base in Plano with 9,500 employees assigned to the office and the capacity to grow to 10,000. The financial institution recently completed the second phase of its Plano campus, a 12-story space with about 4,000 seats.