The development will have one-bedroom, two-bedroom, and three-bedroom apartments, with rents priced based on the tenants' income.

The shopping complex was renamed Southwest Center Mall, but the new name did not change the property's fate as a series of anchor tenants failed and departed.

Five years ago, Dallas developer Peter Brodsky began reimagining the property not as a parking lot with dead stores in the middle but as a piece of land with buildings at its core and opportunity on its periphery.

He decided Redbird was the property's best moniker and christened it Redbird Mall again.

Now it’s becoming an urban village which might transform the city around it.

The village component is rising in the form of the Palladium RedBird Apartments on the south edge of the property.  To those accustomed to seeing acres of lifeless space for the last decade or so, the 300-unit project is a shock.

“People are finally believing because they can see real change,” Brodsky says. “When they see the construction cranes, they know there’s really something happening here.”

"They turned the lights off 13 years ago," Pemberton says.

“I didn’t like him at first because I thought he was arrogant," Pemberton says. "He didn’t know what he was doing.”

Brodsky had been a venture capitalist, not a developer, but he had the drive to help the community.

“Just because you don’t know what you’re doing doesn’t mean you can’t get it done,” Pemberton said.

While getting to know Brodsky, Pemberton was prodding then-mayor Mike Rawlings not to let Red Bird die. Brodsky, meanwhile, assembled the capital to purchase the shopping center himself.

And now the nearby apartments are taking shape. Palladium RedBird is a $62 million project.

The development will have one-bedroom, two-bedroom, and three-bedroom apartments, with rents priced based on the tenants' income.

Palladium's senior vice president, Scott Johnson, said the rent should only cost 28% of the tenant's income. He said any cost above that could make it difficult for people to meet their expenses.

The complex will have a pool in one interior park, gazebos and barbecues in another, and rare for the area, a five-story underground parking garage accessed by an electronic key.

“It’s upscale,” says Mrs. P. “It’s like lofts but it’s upscale housing that we need in this area. The rent is very affordable."

Pemberton calls it "workforce" housing because tenants must have a job to stay there and because many who do will be working in another part of Red Bird.

A former Dillard’s department store will be home to branches of UTSW Medical Center, Children’s Health and Parkland. A former Sears which was perched on the northern end of the center has been razed and will be the site of nearly 100 medical clinical offices.

Other sources of employment are a call center, Chime Solutions, which rents 50,000 square feet inside a renovated part of the mall and has reportedly already hired 1,000 people.

A Marriott hotel will occupy another edge of the community.

“You took a leap,” Pemberton says she told Peter Brodsky. If the leap is successful, the construction cranes will be the masts of a new ship far more important than the old. 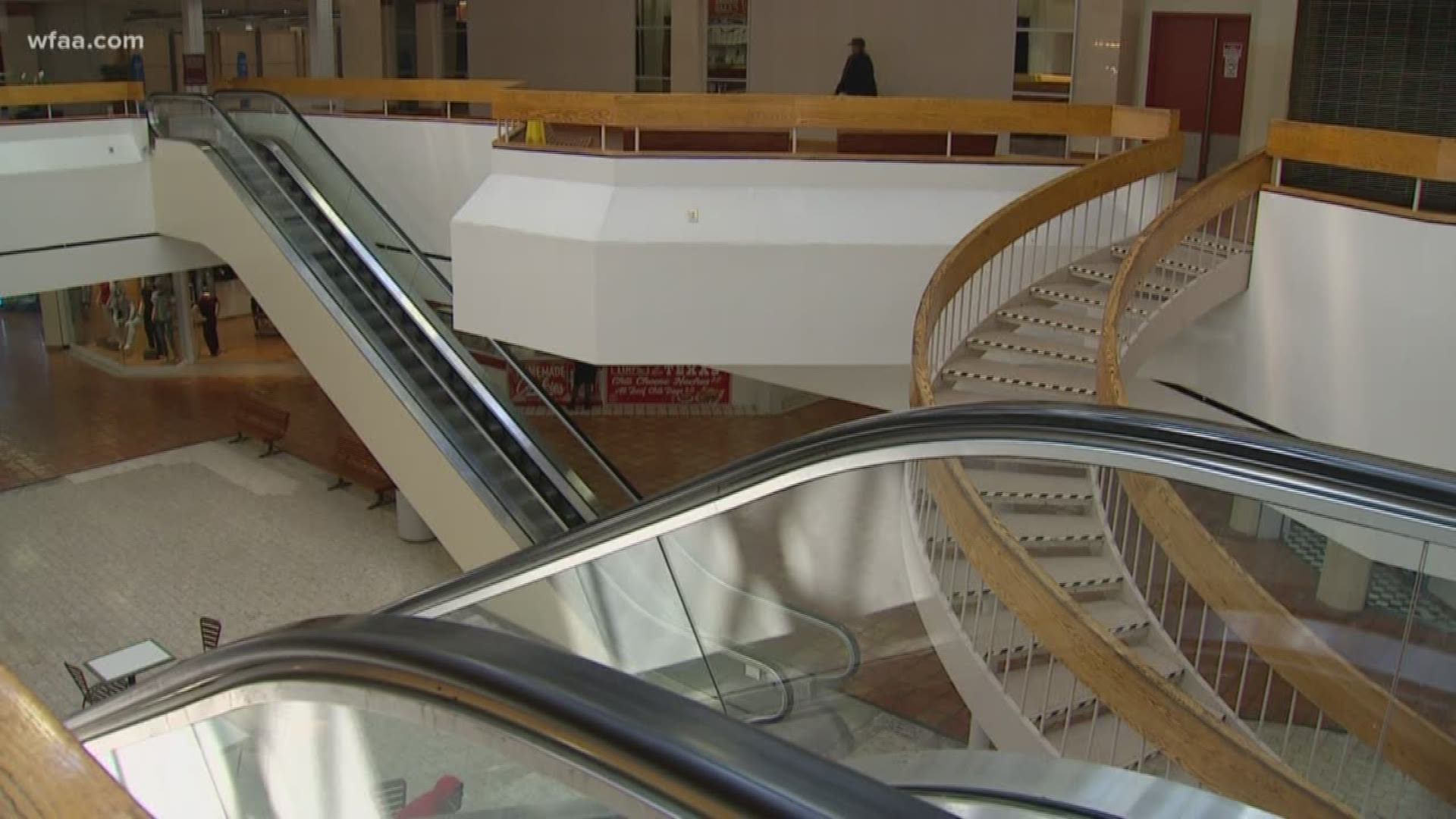