Son surprises parents, who are both teachers, after spending 6 months at basic training

After spending the last half-year at basic training, Caden Wulf planned a big surprise for his return home. 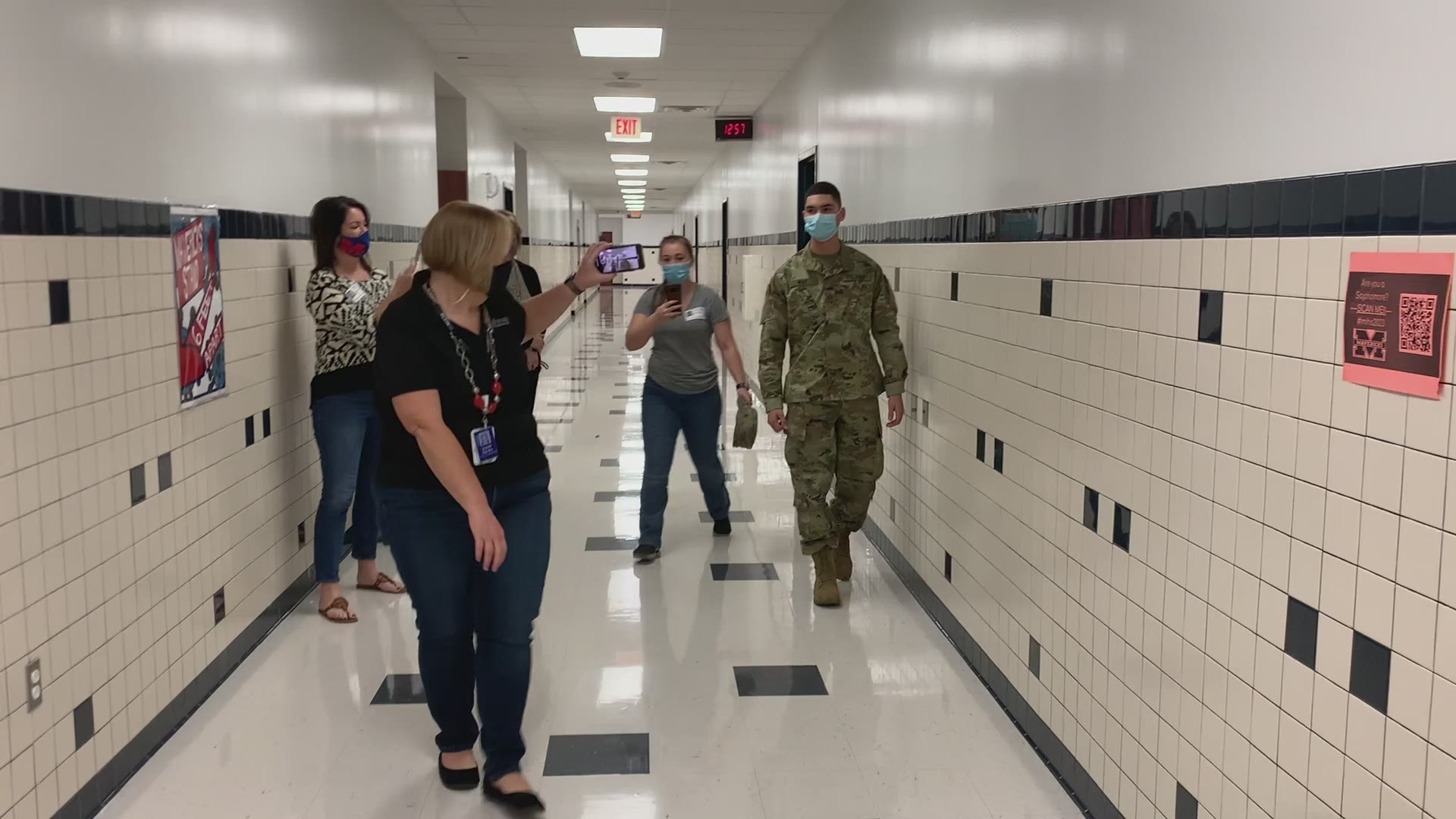 MANVEL, Texas — The son of two local teachers planned the surprise of a lifetime when he showed up to their classrooms, both physical and virtual, after spending the last six months at basic training.

Caden Wulf said the plan had been in place for about 10 weeks and came to fruition on Friday.

Caden Wulf made his first surprise appearance at his father's classroom at Manvel High School before joining his mother while she was teaching her Duke Elementary virtual class.

When Caden walked into Richard Wulf's classroom, the two immediately embraced in a long, warm hug. Richard even shed a few tears.

When he surprised his mother, she jumped right out of her chair and ran to give him a hug.

Watch the encounter in the video below:

Caden Wulf had been at basic training for six months, but today, he made a surprise appearance at the @ManvelHS classroom of his father, Richard Wulf, and then surprised his mom, Ronda Wulf, while she was teaching virtually at @DukeElem Take a look: https://t.co/0ICuZV1cZS