'One in a million': Alvarado landfill crew finds woman's engagement ring that was mistakenly tossed

They were able to find the ring within 10 minutes of searching through trash bags. 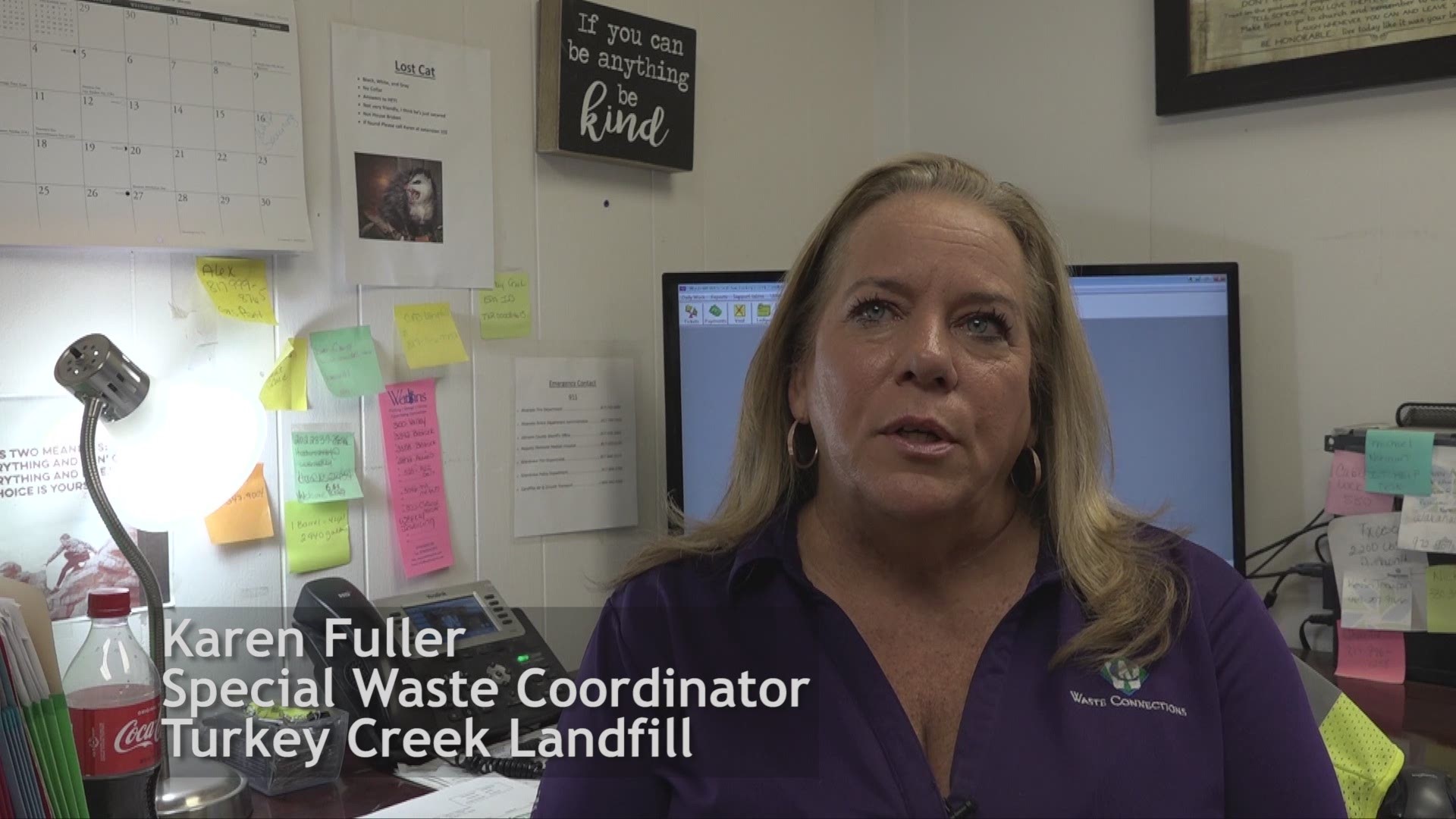 ALVARADO, Texas — Finding a needle in a haystack — that's what it was like searching for a Waxahachie woman's engagement ring among the rubbish in an Alvarado landfill, crews said.

The woman called the Turkey Creek Landfill on Friday afternoon after realizing she had accidentally thrown away the ring. She and her husband had had the ring in an envelope after a trip to the jewelers.

She later threw away the envelope believing her husband had stowed the ring in a safe place.

By the time the woman realized her mistake, the trash had already been picked up from the curb, and the ring was on its way to the landfill. She frantically called around to find out where it was going.

Karen Fuller, the Special Waste Coordinator at the landfill, answered her call. She told her they would look, but she didn't want her to get her hopes up.

"It's a one-in-a-million chance of us finding that ring," Fuller said she told the woman.

A typical garbage truck is filled with between five and 10 tons of trash.

The landfill gets 250 to 300 trucks every single day. Each of those trucks holds hundreds of households worth of trash, said Brian Beam, the landfill's assistant division manager.

"I liken it to finding a blade of grass that you've cut from your lawn and bagged, and then they picked up all the other bags in the neighborhood and dumped them into a big pile and say, 'Now you've got to find that blade of grass,'" he said.

Beam said the landfill may get three to four calls a year from people hoping to find some mistakenly thrown away treasure.

Once a man called looking for his father's urn. Someone had accidentally thrown away the urn filled with ashes several days earlier.

"That was a hard one to deal with," Beam said. "If it got dumped in the landfill a couple days before, it's gone."

But the woman was lucky. The truck holding her garbage bag hadn't been dumped yet.

Credit: Jennifer Prohov/WFAA
Joseph Soto, landfill supervisor, looks out at the spot where they found an engagement ring that had been thrown away.

When the truck arrived at the landfill, the crew dumped out the trash, spread it out and started searching for the woman's gray trash bag.

"It gave them something to look for other than white or black bags, so that helped immensely," Beam said.

The gray bag made all the difference.

They sorted through hundreds of bags, looking just for those that were gray.

They found the correct bag within the first 10 minutes of looking, said supervisor Joseph Soto.

"Imagine 200 bags, maybe more than that, just spread out in a load, just digging through them. It's a lot of trash bags," Soto said.

"The first thought in my head was, 'This is impossible.' I thought they were joking at first," said Tyler Harwood, a laborer at the landfill.

Before long, another crew member had found the right bag.

It astounded everyone there.

"It was just a really neat feeling to just be able to do that for somebody," Harwood said.

Credit: Turkey Creek Landfill
Pictured is the gray bag that held the ring.

It's extremely unusual for the crew to be able to actually find such items, but on Friday they had two success stories: the ring and a couple's immigration documents.

The couple had mistakenly tossed a suitcase that had all their immigration documents in it earlier that morning. But they realized right away.

"They followed the trash truck in... and they got all their immigration papers back. And then in the afternoon, this happened," Fuller said.

She said it was an exceptional day to be able to return such important items to people.

"A lot of men don't understand it, but a woman's wedding ring or engagement ring, that's a symbol, and it's something we don't ever want to lose," Fuller said.

The woman said she sent a letter to the landfill's corporate team to tell them just how thrilled and amazed she was at their crew's dedication.

And now, the crew has their own story to share.

"It kind of becomes legend of lore, you know," Beam said. "They actually found a ring." 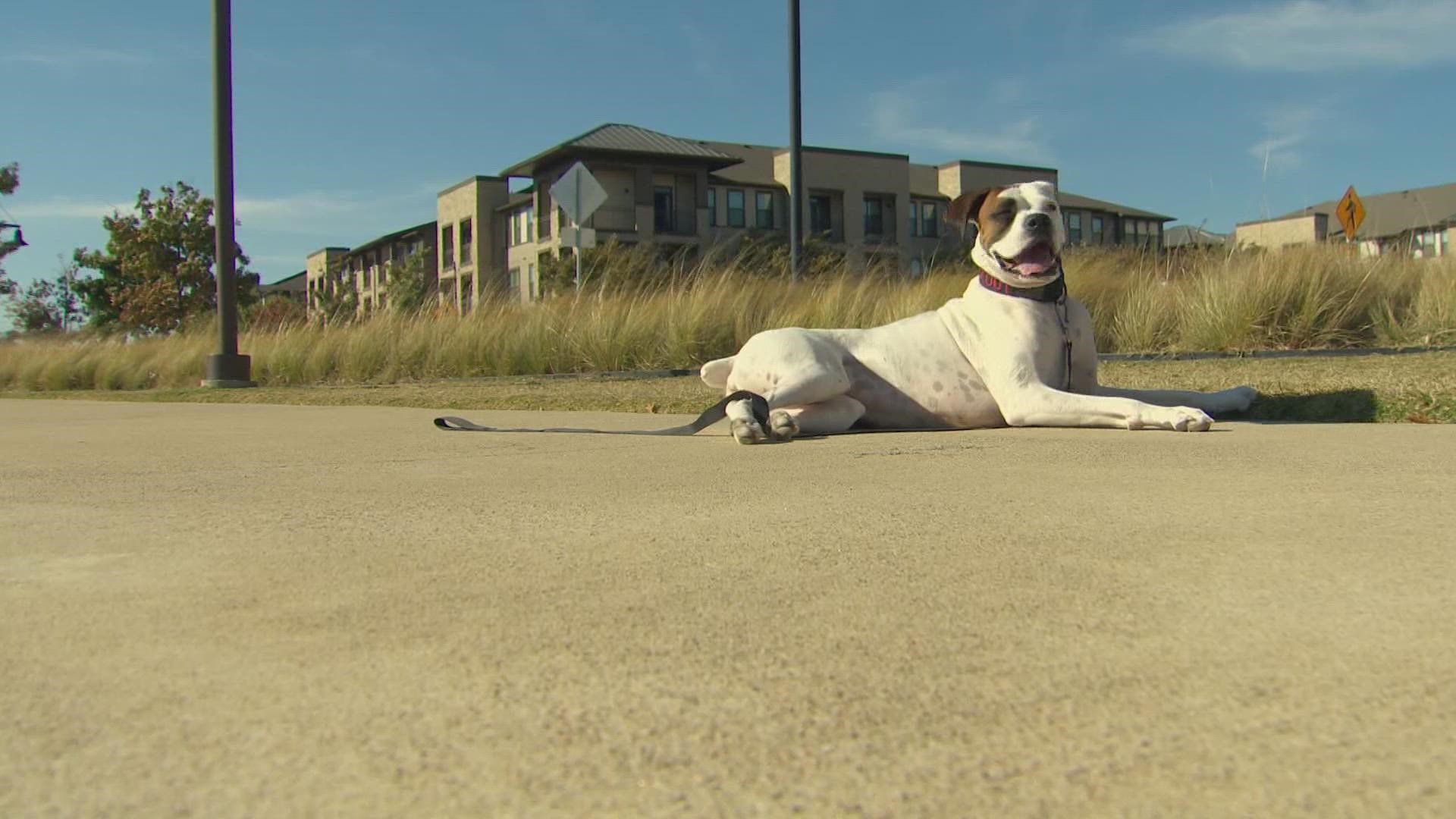