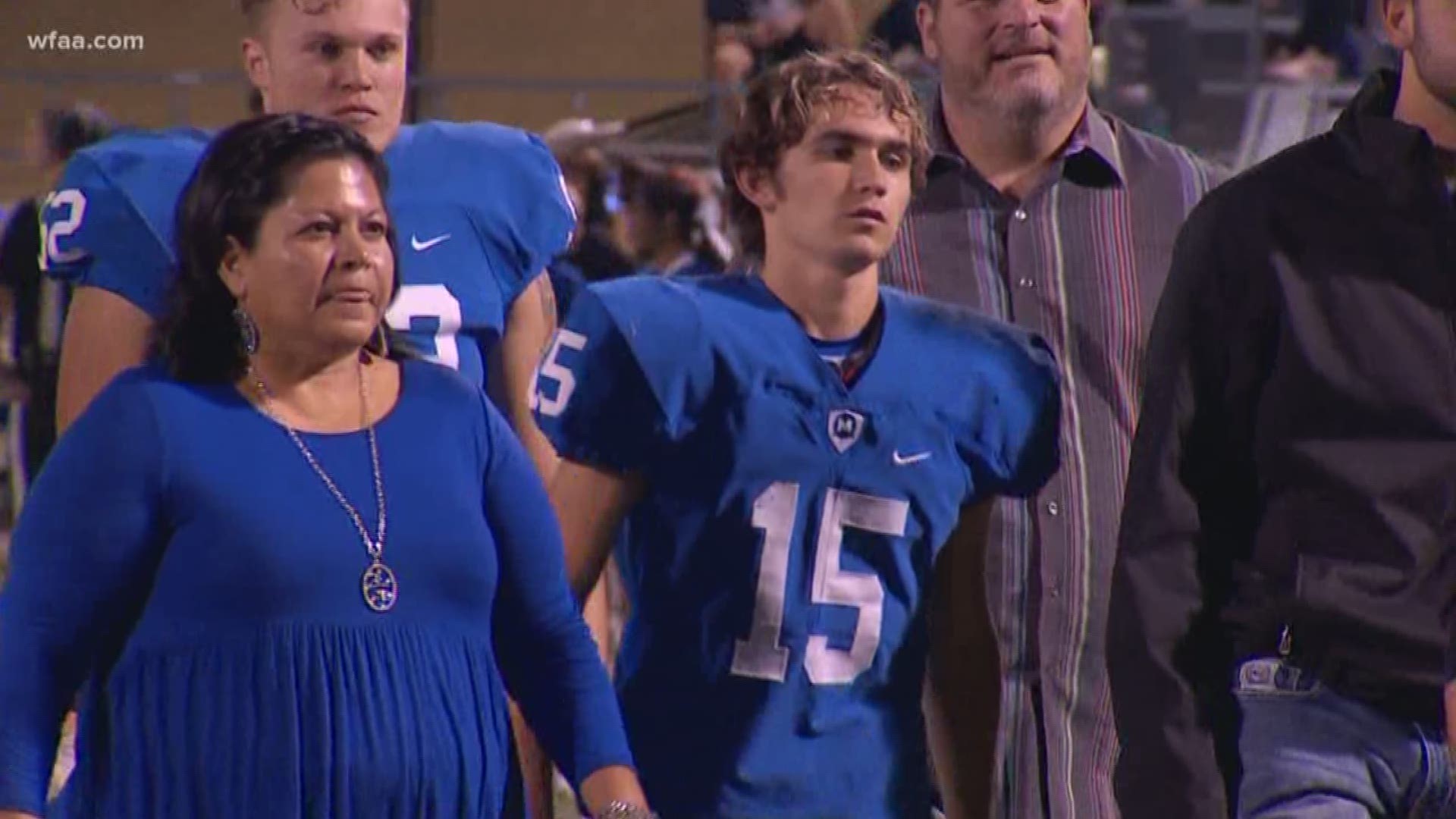 MIDLOTHIAN, Texas -- A son who thought his father was a world away got a surprise he won't forget Friday night at the Midlothian High School football game.

Jayce Melton is a wide receiver for the Midlothian Panthers. He was chosen as honorary captain for Midlothian's Senior Night, his final home game of high school. His extended family was there to watch, but he believed that his father wasn't able to come.

Chief Petty Officer Melton has been deployed overseas for the last three years, and while he's visited home, he's missed so many of his son's high school moments. On Friday night, he could be there, traveling all the way from Italy.

"I'm just going to give him a huge hug and tell him how proud I am of him," said Melton before the game.

With his son on the field, Melton was escorted into the stadium. The announcer told Jayce to look to the 50-yard line, and they rushed to embrace in front of a hometown crowd.

A proud father and a proud son together for a Friday night they will never forget. "I just like what he does for the country," said Jayce.