The VCR was purchased at a Goodwill in Cedar Park, Texas. 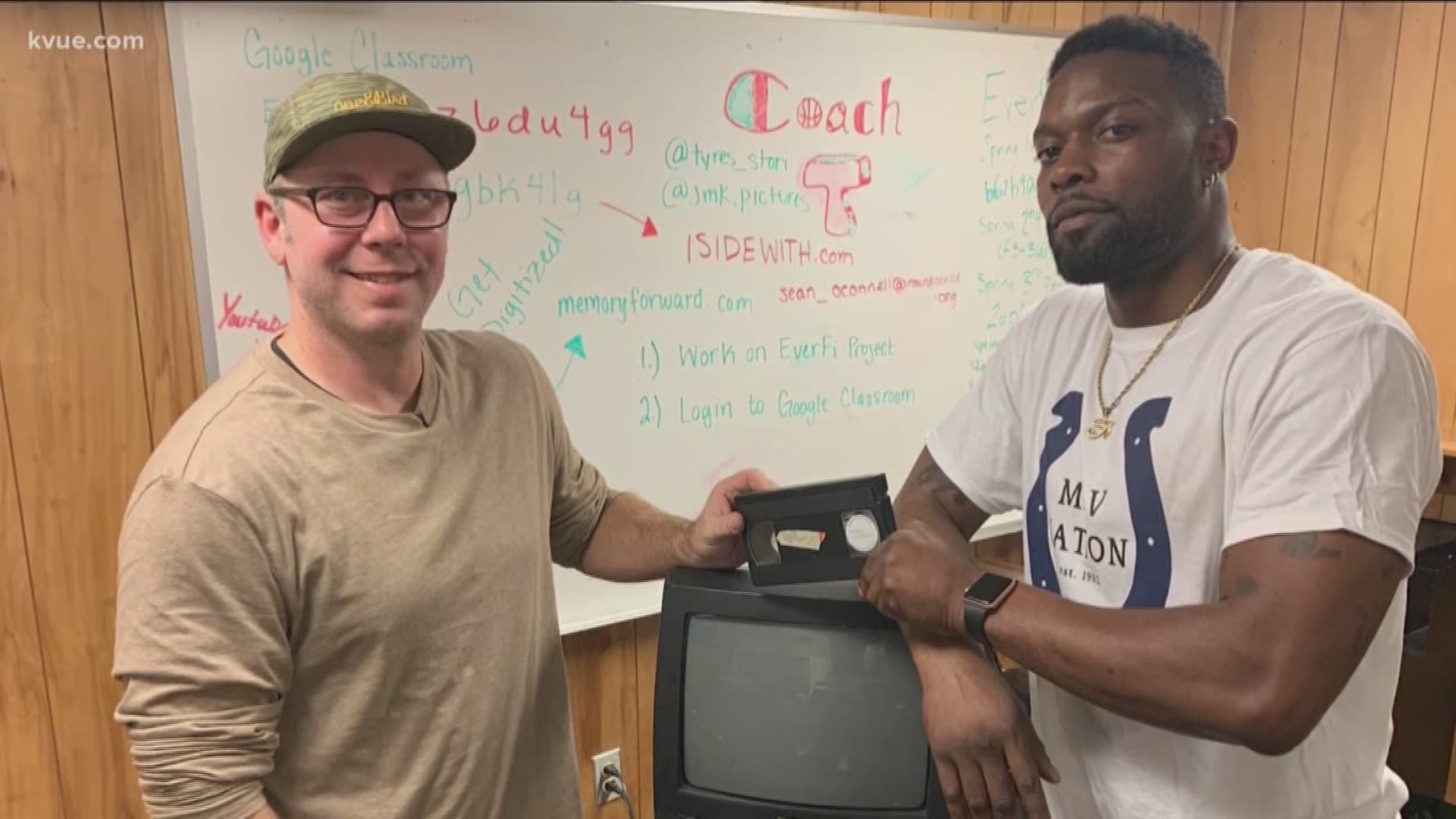 CEDAR PARK, Texas — For a parent, almost nothing is as special as seeing your baby take their first steps. That's why an Austin man was hoping he could help track down the family featured in a tape he found – and with help from the internet, he did.

Jim McKay said Sunday night he found TyRe Alexander, the baby in the video, taking his first steps in a video that was shared thousands of times on social media.

“Oh my God Tyre just called me!! We freaking found him ya’ll!!!,” he wrote in a Facebook post.

McKay bought a VCR at the Goodwill at Lake Creek Parkway and U.S. 183 as a prop for an old film project.

"It was big. It was big. I watched the whole thing. It was just 18 minutes of just glorious family time and it was amazing," said McKay. "It was such a cool, beautiful moment that I had to do something with it, something I couldn't just say, 'This is amazing,' stick it in a box and forget about it. These people are young enough to still be alive. Maybe they'd like to see it.”

The video player sat around in his house for a couple of months before he even turned it on. But, on Saturday, he switched it on and inside he found a VHS tape documenting a baby's first steps.

"It was different back then," said McKay. "People didn't film everything like they do now. It was reserved for special occasions. So people filmed different things and they also did it differently. They weren't good at it. It was just very real. It has a certain quality that you don't really get now."

"It's a very important moment in the child's life and it'll never happen again. I want to see that returned," said McKay. "I just fell in love with this family. I think they're amazing and if I can help them out and bring this back to them, that would be like the perfect closure."

McKay explained Alexander's mom saw the video on TV and told him about it.

Alexander told KVUE on Thursday his mom called him, telling him about the video. He quickly looked at the clip.

Alexander explained he had never seen it before but was quick to be on the phone with McKay about the find.

"That was the best part, was just to hear that he was so excited," said Alexander. "To be able to share that memory in that moment finally with my family and for the first time ... it's a treasure."

In his mid 20s now, Alexander said he's a guest educator for Round Rock ISD and Leander ISD.

You can watch the full clip and see the label up close below:

Allergy Alert: Cedar pollen at the highest level this season so far

How to treat cedar fever in Central Texas