Be on the lookout for dead bats or bats in distress, Texas officials warn

They're looking to see where white-nose syndrome is spreading. It's a disease that is killing the state's bat population. 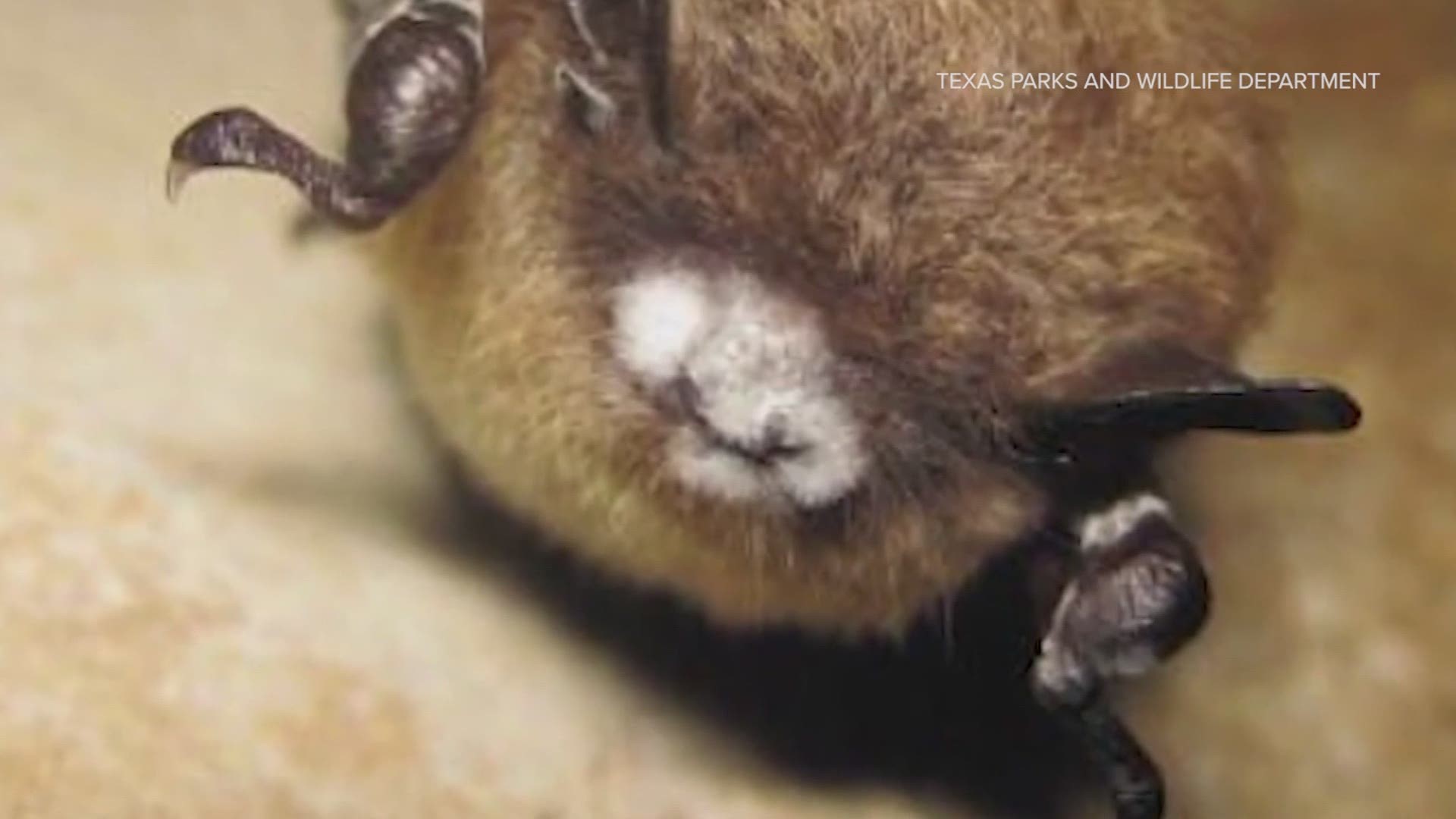 AUSTIN, Texas — The state of Texas wants you to be on the lookout for dead bats or bats in distress.

That’s because white-nose syndrome is apparently spreading, according to the Texas Parks and Wildlife Department. The disease was found in bats in 18 Texas counties last winter and wildlife experts expect to see cases on the rise again this year.

“Last year, we received reports of bats dying or acting strange from around the state” said Nathan Fuller, a TPWD bat biologist. “Unfortunately, we expect the same thing to happen this winter and we are asking Texans to be on the lookout for distressed bats."

White-nose syndrome is a fungal disease that affects bats when they’re hibernating in winter. The name comes from the appearance it has on bats. The fungal growth is on infected bats’ ears, nose and wings.

“What happens is the fungus then grows on their skin and it causes a complex cascade of physiological effects that eventually causes the bats to burn through their fat too quickly and they eventually die," Fuller said.

But what's most frightening is how destructive the disease can be. Entire bat populations have been essentially wiped out in states where white-nose syndrome has been identified in the past.

The disease is spread through the bat population by contact with infected bats or with contaminated surfaces.

Please report dead or sick #bats to wns@tpwd.texas.gov to help us monitor the progression of white-nose syndrome, a deadly fungal disease that affects hibernating bats: https://t.co/E1669CVvXc

After hibernating, bats with the condition often leave their roosts to look for food or as an attempt to escape the disease and often don't survive.

And that’s where your reports come in.

"If we know where bats are in the most trouble, we can enact measures to protect the survivors and give them a chance to recover,” Fuller said.

Bats are a key part of the Texas ecosystem. They eat insects that damage crops, among other things.

“Without bats, food costs could increase,” Fuller said. “They are also sensitive to environmental contaminants and other damage and so they can act as indicators of ecosystem health and function.”

Texas Parks and Wildlife is asking people to send reports of dead bats to wns@tpwd.texas.gov. They want you to send a general location and, if possible, a photo. But they warn you not to handle live or dead bats.