Up in 60: Unique doughnuts gaining popularity in 'Back Dough' of Denton steakhouse 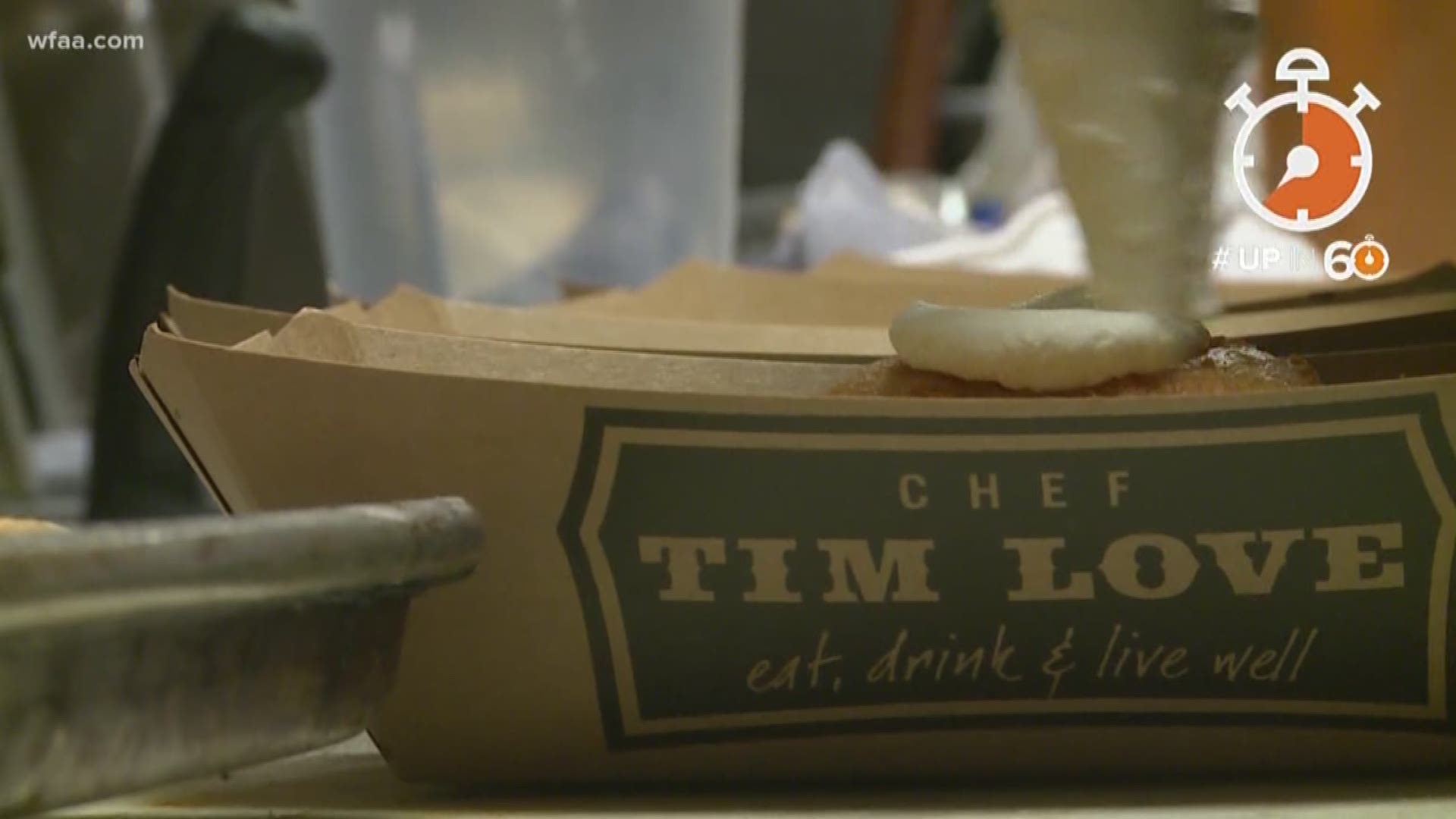 DENTON, Texas — Queenie’s Steakhouse is one of the best restaurants in Denton.

But, each weekend, in the middle of the night, in the darkness behind the building, people line the street to sink their teeth into doughnuts.

The spot is called Back Dough, fittingly named because it’s located at the back door of Queenie’s.

Back Dough is only open on Friday and Saturday, after Queenie’s closes from 11 p.m. to 1 a.m.

This week was Avengers themed with donuts like The Hulk (beef, cilantro and a cauliflower puree).

Nor is it your typical restaurant. Like a mullet, it’s business in the front, party in the back.

His team, most notably chef Andreas, creates these curious concoctions every week.

But if you want to get your hands on one, you’ll have to show up early. The line usually winds down the block and the doughnuts usually sell out before closing.