Purple Tales: The stories and secrets behind Barney 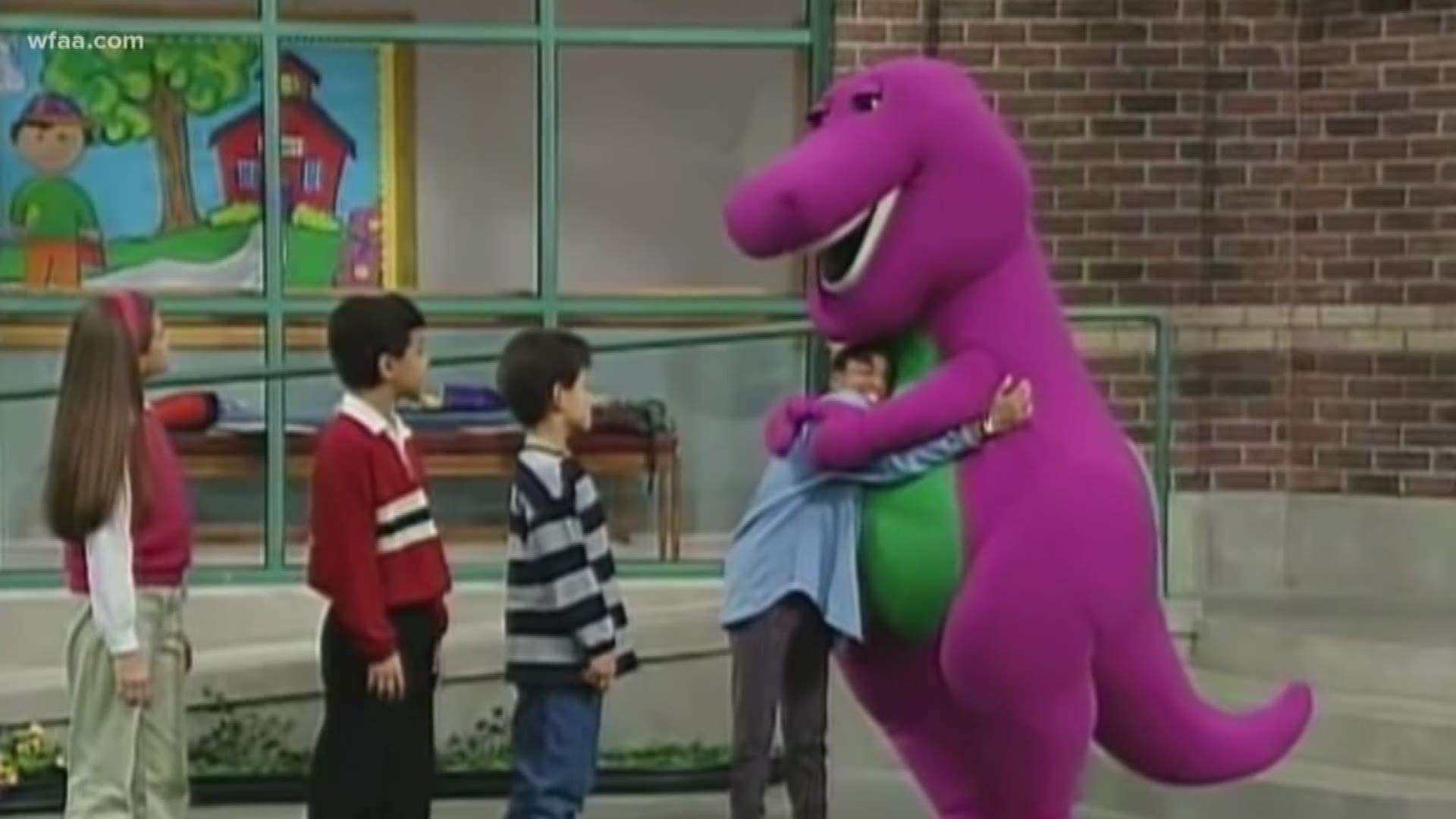 DALLAS — As a professional photographer, Carey Stinson has a great eye, but not even he ever saw it coming.

“I had no idea about this purple dinosaur and how it would change my life,” he said.

Photography is actually Carey’s second career. "Barney & Friends" was his first. For 22 years, Carey was the friendliest purple dinosaur on the planet.

Actually, the character of Barney was really two people. Someone else was the voice but Carey was inside the suit.

However, to this day, most of his friends have no idea. “I don’t always tell them, but I do love talking about it,” Carey said.

That's why he’s now sharing his stories with a podcast called “Purple Tales."

Since "Barney" was filmed in North Texas, much of the cast and crew still lives here. Each episode, a different crew member joins Carey to explain everything you never knew about Barney.

Like how the "girl" who played Baby Bop was actually a guy. Or how the guy who wrote all the music had an emergency plan if things went south during one of the live stage shows.

“We had a fallback, if everything fell apart, [we] played the song John Jacob Jingleheimer Schmidt,” said sound engineer Joe Phillips. “The kids all know it and that will give us two minutes [to get back on track].”

Carey also talked about the first time Barney made a public appearance and 7,000 people came to the JC Penney store in Mesquite. “So many people showed up they destroyed the store,” Carey said.

Carey says Barney meant that much to so many people, especially him. “I mean, it’s changed my whole life,” he said. “Seeing a sick child who, in some cases, has a week to live, and they’re not sad.”

However, Carey says Barney’s greatest secret isn’t a secret at all. “Barney did so much good.”

It was his ability to treat strangers like friends he just hadn’t met yet. Carey believes that’s why Barney was so popular.

He said we all need someone who sees our differences and loves us anyway. “He accepted and loved everyone…and I think when people get to hear this podcast they’ll see how much love we all have.”

It’s his great big hope and a wish that can come true. Won’t you say it’s worth listening to?