'I felt like I was floating up in the sky': Woman survives house explosion and lives to tell her miraculous survival story

Margaret Rowland was buried under rubble when first responders saved her. She lost her leg and was told she would never walk again. 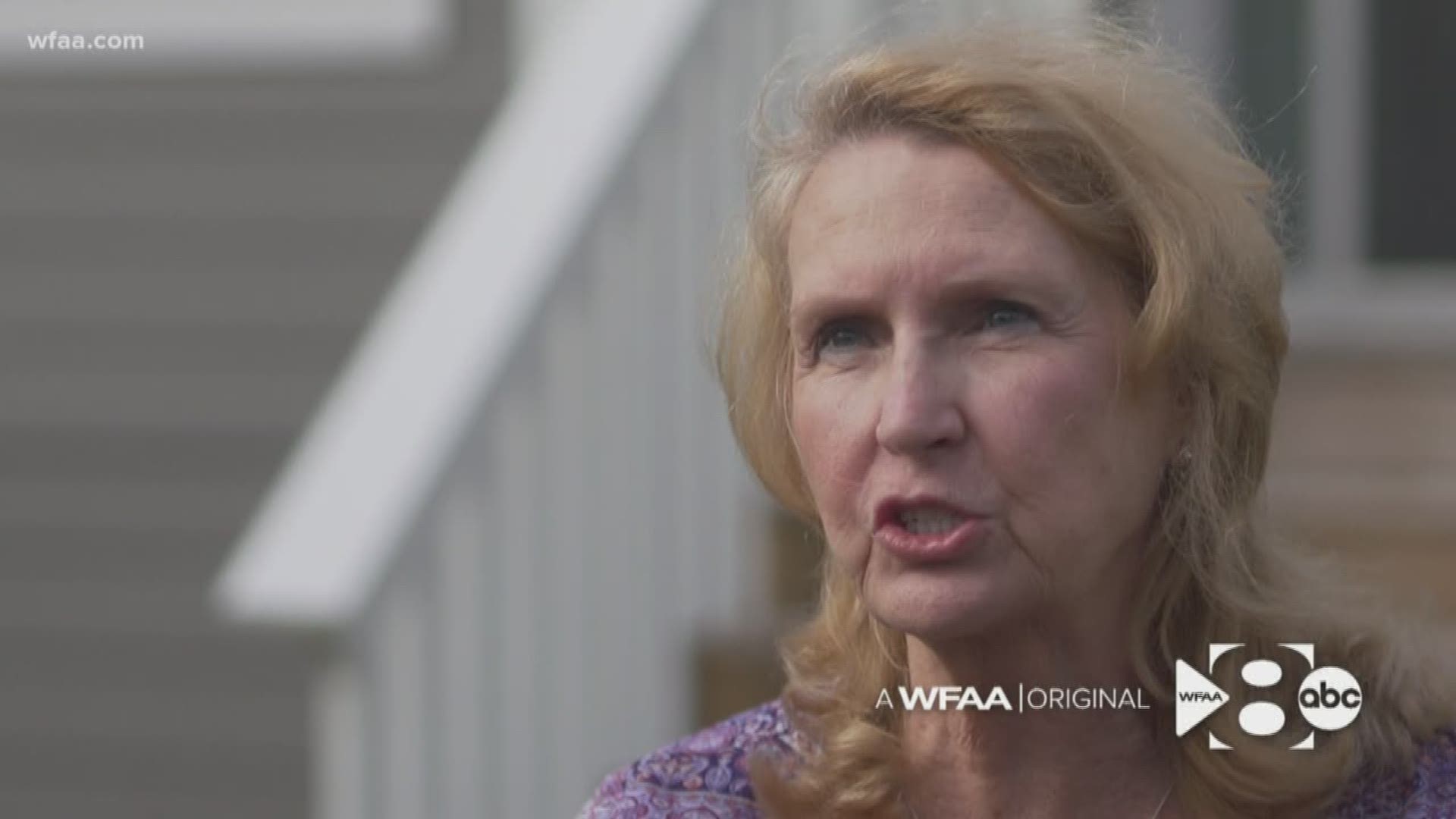 DALLAS — Margaret Rowland remembers hearing a loud bang and then feeling the sensation of falling.

It was April 2017, and Rowland was with her aunt in a bedroom watching her uncle blow up an air mattress. The mattress sparked and ignited a pocket of propane gas underneath the house.

The three of them were buried under the rubble while two others in the house made it out a front window.

"Help me! Help me!" she remembers yelling as loud as she could.

Her legs were crushed. She doesn't remember much about her rescue or the helicopter ambulance landing at Parkland Hospital.

"I don't remember the doctors telling me they were going to amputate my leg," Rowland said.

She spent four months in the hospital. At one point, doctors didn't believe she could ever walk again.

After a year, Rowland took her first steps.

Rowland, her aunt, Cathy Spruiell, and her uncle, Dwaine Spruiell, still remember the moments before the explosion and the chaos after it.

Rowland said there was a period where she doesn't remember much.

"I had a feeling that I was floating way up in the sky somewhere. It was so dark," she said.

Her aunt didn't immediately realize the house had exploded.

"Where am I?" Cathy Spruiell remembers thinking.

Dawson Volunteer Fire Department Chief Aaron Hogue was asleep in his house a few blocks away when he heard and felt the explosion.

The volunteer firefighters in the Navarro County city rushed to the scene.

"I thought we were going in for a recovery. I thought it was going to be recovering bodies," said volunteer firefighter Robert Hogue.

The men used bars, shovels and their hands to dig through the rubble to pull the people out.

They say it was a miracle that the five people inside the home at the time of the explosion survived.

Cathy Spruiell said she's still amazed that she didn't feel any pain, even though she had two broken legs, two broken ankles and a crushed heel.

But Rowland's injuries were the most severe.

Rowland said her three grandchildren were her motivation to walk again after the amputation.

"I said I don’t care what it takes but I am going to walk again and take care of my grandkids again. I am going to do fun stuff again,” she said.

The doctors and nurses at Parkland say they're impressed by Rowland's recovery.

Rowland said she believes God has helped her through her pain and recovery. One of the few things that survived the explosion was a Bible.

She now drives her grandchildren everywhere and hopes to one day be able to walk in a race.

“I am thankful and blessed," Rowland said.