From the archives: Return of TWU football brings incredible story of friendship

Susan Radde and Marsha Hilcher are best friends who owe their lives and friendship to Texas Wesleyan football. 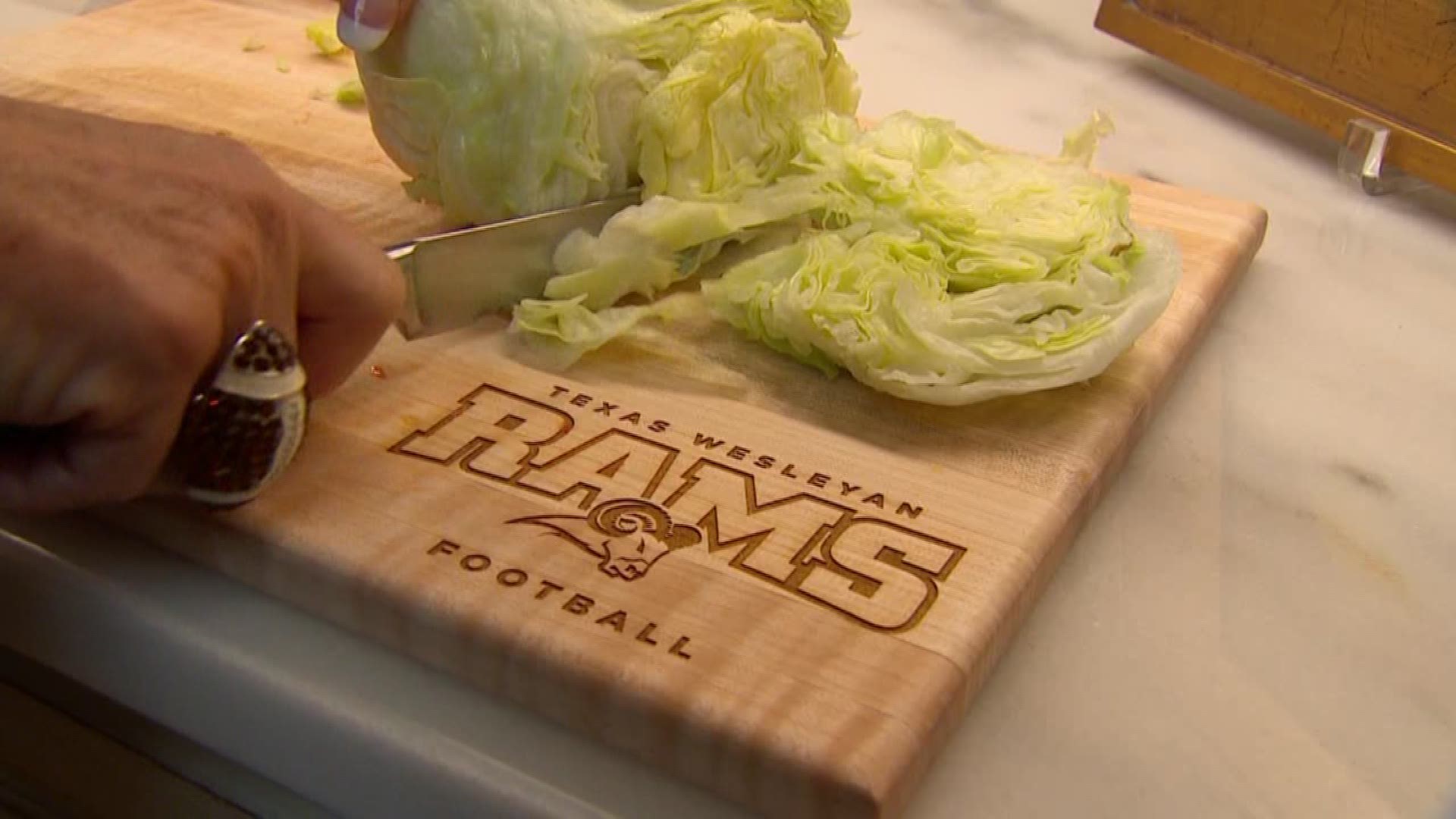 After 76 years of darkness, an incredible piece of history is coming back to light.

“Are you ready?” head coach Joe Prud’homme asked his team.

This is the first time Texas Wesleyan has had a football team since 1941 and these players know the wait is finally over.

They’re all eager to revive this program. But, safe to say, no one is more excited than two 70-year-old women from Fort Worth.

“If it hadn’t been for the friendship of Hall and Monroe, we would not have our friendship,” Radde said.

Susan’s dad, Hall Splawn, was the running back for that old Texas Wesleyan team. Marsha’s dad, Monroe McCarty, was the quarterback

“Daddy was Wesleyan football,” she emphasized. And they were more than just teammates.

“They may not have been blood brothers, but they were brothers in every other way,” Radde said. “They were just inseparable,” Hilcher added.

The two had been side-by-side since middle school. And so, after the attack on Pearl Harbor, Hall and Monroe both joined the war.

Marsha wasn’t born until the war was over, but Susan was just two when her dad shipped out.

“And before he left, he asked Monroe to take care of mother and me in case anything happened,” she recalled.

That was the last time the two friends ever saw each other.

Hall Splawn was killed in France in November of 1944. Monroe was heartbroken but never forgot what his friend had asked: take care of my family.

So after the war, Monroe kept tabs on Susan and her mom. Over time, they grew close. And eventually realized they were better together.

“He wanted to marry my mother and wanted to know if it was ok with me. And that he would become my dad,” Radde said.

Monroe McCarty gave his friend what he wished and gave Susan a sister. Marsha was born a couple of years later.

“A lot of people suffered for me to get to be here,” Hilcher said. “Hall’s death brought about my life.”

“And I couldn’t have had a better daddy than Monroe,” Susan added. “He became my dad in every sense of the word.”

Without those two teammates, their family wouldn’t be possible, which is why when Texas Wesleyan announced football was coming back, they celebrated.

“I never dreamed it would ever come true,” Hilcher said.

“This would’ve meant the world to them,” said Radde.

Texas Wesleyan’s first game in 76 years was like walking back in time.

“I’d give anything if they were here to see this,” Radde said from the stands.

Susan hardly remembers her birth father, but with each play, he came rushing back.

“We can see them out on the field today,” Radde said.

When you’ve missed someone for 70 years, there’s no way to describe the feeling of seeing them again.

And because of that, they will continue coming, making sure that like their fathers’ legacies, this program will now live forever.