D-FW man is home after spending months of the COVID-19 pandemic in Wuhan, China

Warren Lee shares his journey to Wuhan, China back to Dallas, Texas. He watches as the United States continues to battle two viruses: COVID-19 and hate. 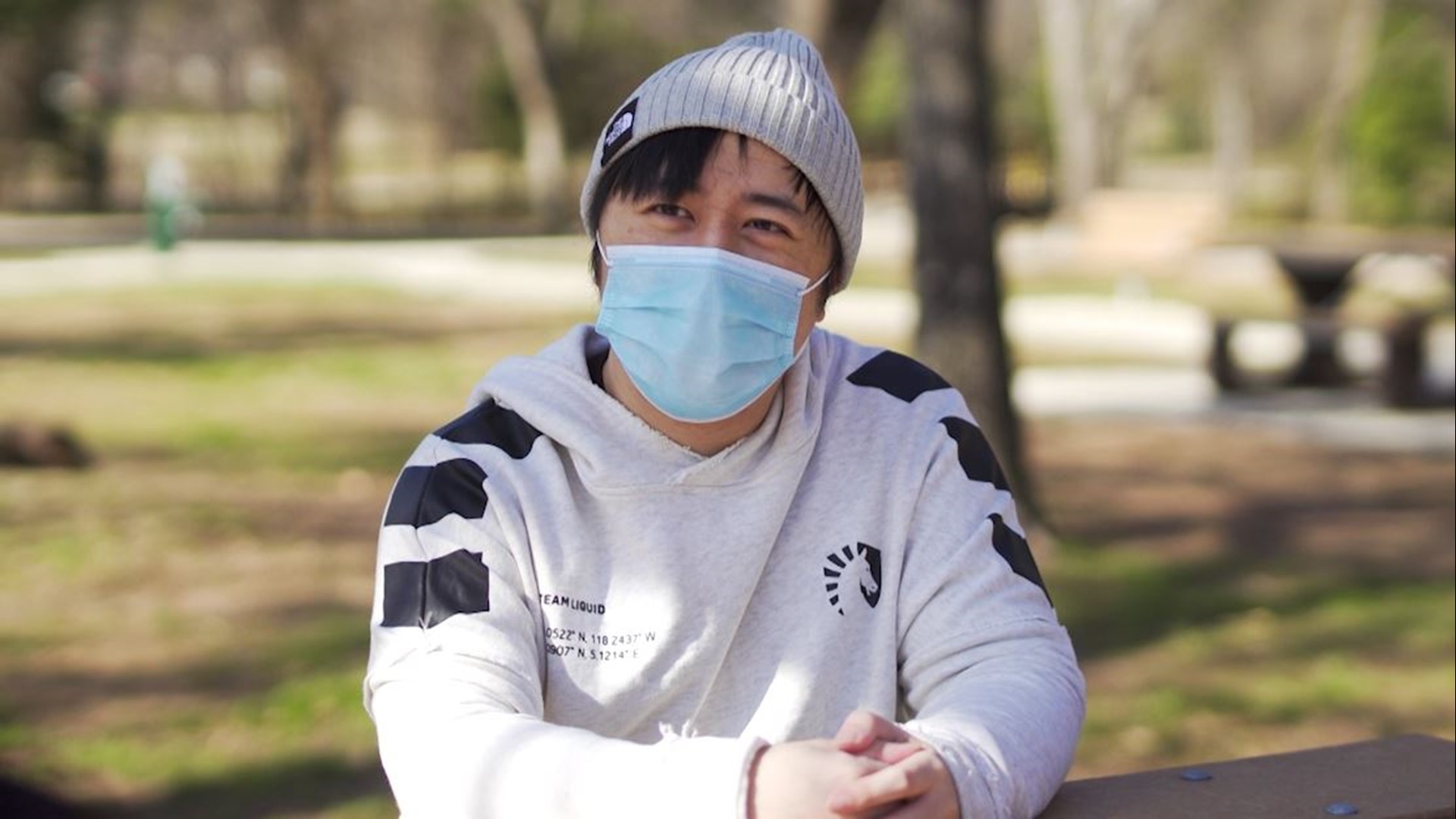 DALLAS — For many people, the "quarantine life" is similar. It often consists of playing video games, watching television, working from home or sometimes doing nothing at all.

"It kind of drove me nuts at the time," said Warren Lee. He's a Chinese American man from Euless, Texas.

But instead of spending much of 2020 at home in Euless, he was in Wuhan, China, home to the first known case of COVID-19.

Lee initially went to Wuhan to visit his girlfriend. Then, the lockdown quickly happened in January 2020. There was a lot of initial fear and uncertainty, as no one knew much about the virus at the time.

He said he contacted the American Embassy and was put on a list for immediate extradition.

"I found out a day later, that was the last flight out."

Lee couldn't fly back to the United States. He made his life in Wuhan work.

RELATED: 'It's not the apocalypse out here': Dallas man describes Wuhan, China as the city is quarantined for coronavirus

"During the first couple weeks, that was probably one of the darkest moments I've ever experienced," he said. The streets of Wuhan were eerily quiet and empty.

He said the city was strict about sheltering in place. Grocery shopping was made contactless and efficient very quickly. He rarely left the house.

Within a few months, Lee said besides wearing masks, things felt back to normal in Wuhan. To this day, there are few COVID-19 cases there.

"They took it seriously, " said Lee. "The pandemic does not care about your laws. It doesn't care about you or your opinions or anything. It will spread and until we address it as a purely binary factor, we are never going to get past this."

Lee really enjoyed his year in Wuhan, but it felt good to finally book a flight back to the United States. He flew to Dallas in December 2020 after a year away. The difference between Wuhan and the D-FW area is that COVID-19 is still prevalent at home.

It's been one year since the Centers for Disease Control and Prevention first warned of a coronavirus outbreak in the United States. In Texas, less than 12 percent of the state is vaccinated. And Governor Greg Abbott said he is considering ending the state-wide mask order and relaxing other COVID-19 rules.

Lee also realized the COVID-19 spread isn't the only thing that feels different about being home.

"It doesn't really feel like the same place that I left," he said.

He's noticed the rise in Asians being attacked since the COVID-19 pandemic started. Because of the color of his skin, he wonders, "Could something happen to me?"

According to Stop AAPI Hate, 2,808 incidents of anti-Asian hate were recorded from March 2020 to December 2020. There were 77 reports in Texas, the fifth leading state in anti-Asian hate incidents. But many cases remain unreported.

As more and more people get the vaccine, Lee feels hopeful that the COVID-19 virus will one day go away. He hopes hate will go away too.