Michael Lewis, 23, never expected to break the internet by flipping around. Now that he has, he's building a viral career. 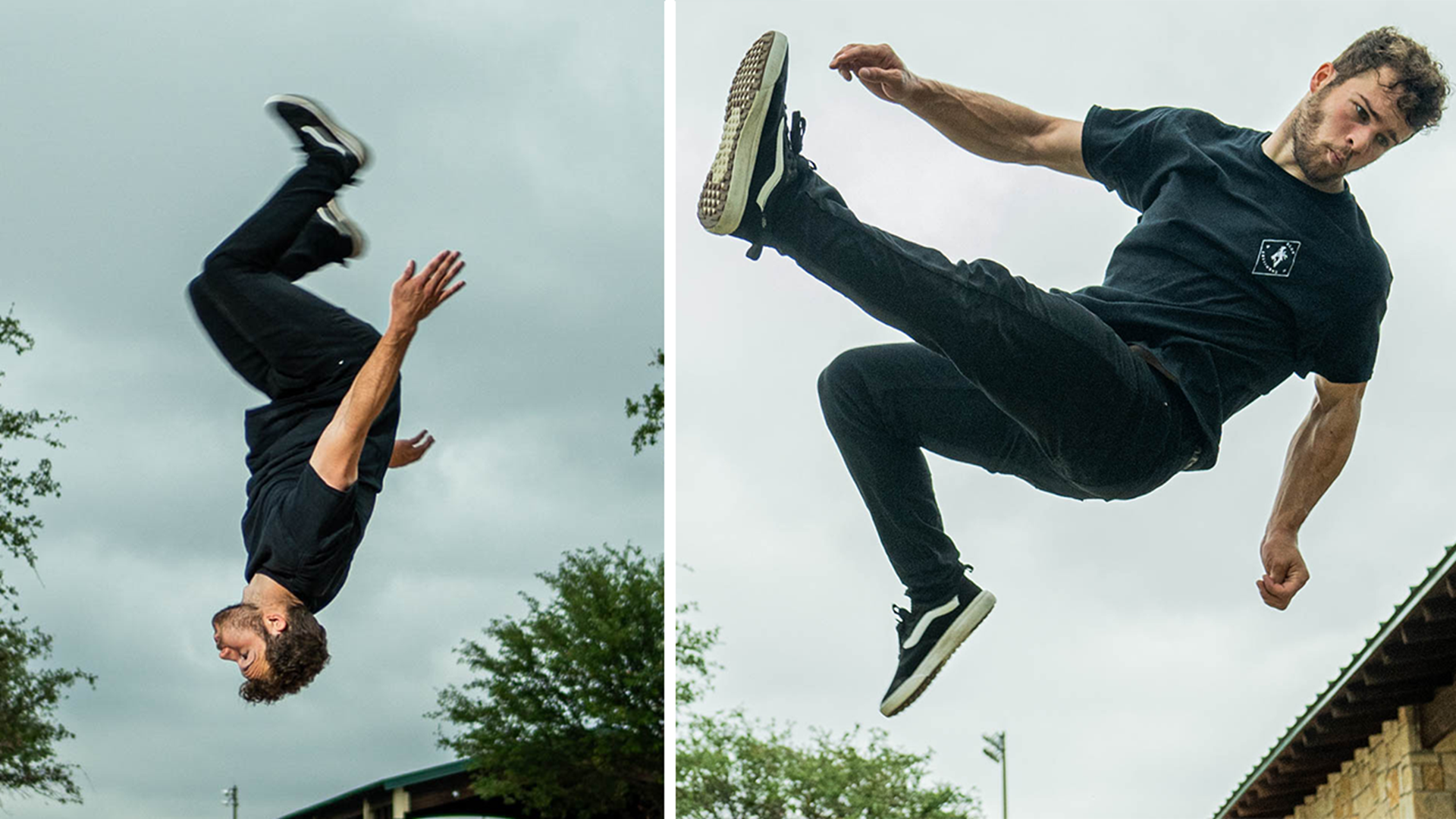 THE COLONY, Texas — Sometimes the simplest acts in our lives that we consider effortless end up being the inspiration, entertainment, or moment of enjoyable distraction a total stranger needs.

Michael Lewis didn't fully understand that until COVID-19 came to America, not until he went viral for doing the very thing he loves: flipping around.

"I was born and raised in a gym," Lewis said. "My family taught gymnastics, so from age zero and on, I was in their gym because they were both coaches."

"I didn't have a choice," Lewis said with a laugh.

During most of the day, Lewis himself teaches gymnastics at Tumble HQ in The Colony.

It's a career he's chosen naturally after chasing professional soccer for years.

However, when COVID-19 showed up in March 2020, Lewis was quickly out of work due to stay-at-home orders. Gyms weren't even allowed to reopen until May 2020, and even then, they had to be at 25% capacity.

Needless to say, Lewis had a lot of newfound free time on his hands during that period.

Yet, Lewis had a smartphone, social media, and creativity all on his side.

Before the pandemic, he dabbled in doing 'flip tricks' on Instagram and TikTok.

In some of his most-watched posts then, Lewis would do flips near the sides of pools, land them, then ever so gently dip his toes into the water and land back onto the side of the pool.

After being handed fresh downtime, Lewis decided it was time to take his social media flips to another level.

"I started posting more on Instagram and everything just to see, I guess, if people would enjoy watching," Lewis said. "I just started to get real serious with it."

If you've never seen that movie, watch it.

He would flip off stairs, picnic tables, fences, and practically any ledge he could find.

"I'd be driving around places and would just say to myself, OK, I'm coming back here with my camera," Lewis said, laughing.

It turns out the 23-year-old's guess was right; people enjoyed watching his unique talent.

When WFAA interviewed him weeks ago, he had roughly 30,000 followers on Instagram.

"It just kind of blew up like crazy," Lewis said.

Over the last month, Lewis has been taking his videos to new heights: incorporating bowls of water into his flips.

It's hard to explain, but in one video, it begins with a bowl of water being held up by the seats of two chairs facing each other.

Lewis runs towards the chairs and flips over them so low that his head dips into the bowl of water while he's mid-air. He then lands the flip as trails of H2O fly off his hair.

Lewis isn't the only one attempting stunts like this on social media too, but he's definitely one of the more accomplished.

He said he's gotten a lot of inspiration from other similar posts.

"I always think about building on stuff I see like maybe I can add a flip to it here or there," Lewis said. "I just have so many ideas instantly."

Breaking the internet, surprisingly, isn't new to Lewis either.

In 2015, while playing soccer for McKinney Boyd High School, he scored a goal while doing a flip throw-in from the sidelines.

Don't know what that looks like? Watch it below.

National attention came to Lewis after the video of the goal went, well, viral.

"People were so shocked by that, and they were just like 'whoa,' " Lewis said.

His coach at the time, Casey Osborn, couldn't believe it. He encouraged Lewis to do the throw-in after incorporating the flip in practice. He certainly felt a teen with a gymnast background could pull it off.

"You don't see kids do it that far, or usually ever," Osborn said. "Everybody went nuts, and it wasn't your average goal."

A few years later, in 2019, Lewis earned a Guinness World Record for the farthest distance soccer throw-in at 59.817 meters.

WFAA asked Osborn if he was aware of what Lewis was up to these days. He didn't know, so we showed him some of the flip videos.

Without hesitation, his jaw dropped.

"That's so quick! Geez, Louise!" Osborn said. "This is not shocking, but it's cool as heck, though."

Lewis is still pretty speechless that so many have taken an interest in his gifts.

He said that he was taken aback when someone recognized him in public and said they follow him online.

"When that kind of stuff happens, you're just like man, that's cool that I can impress someone like that by just having fun," Lewis said.

But will he do social media full time? Lewis is undecided for now.

Or better put, his decision remains "up in the air."