As the Baker Hotel forges ahead with renovations, Mineral Wells says they're already ready for visitors

The Baker Hotel and Spa is in the midst of a long-awaited $65 million renovation. 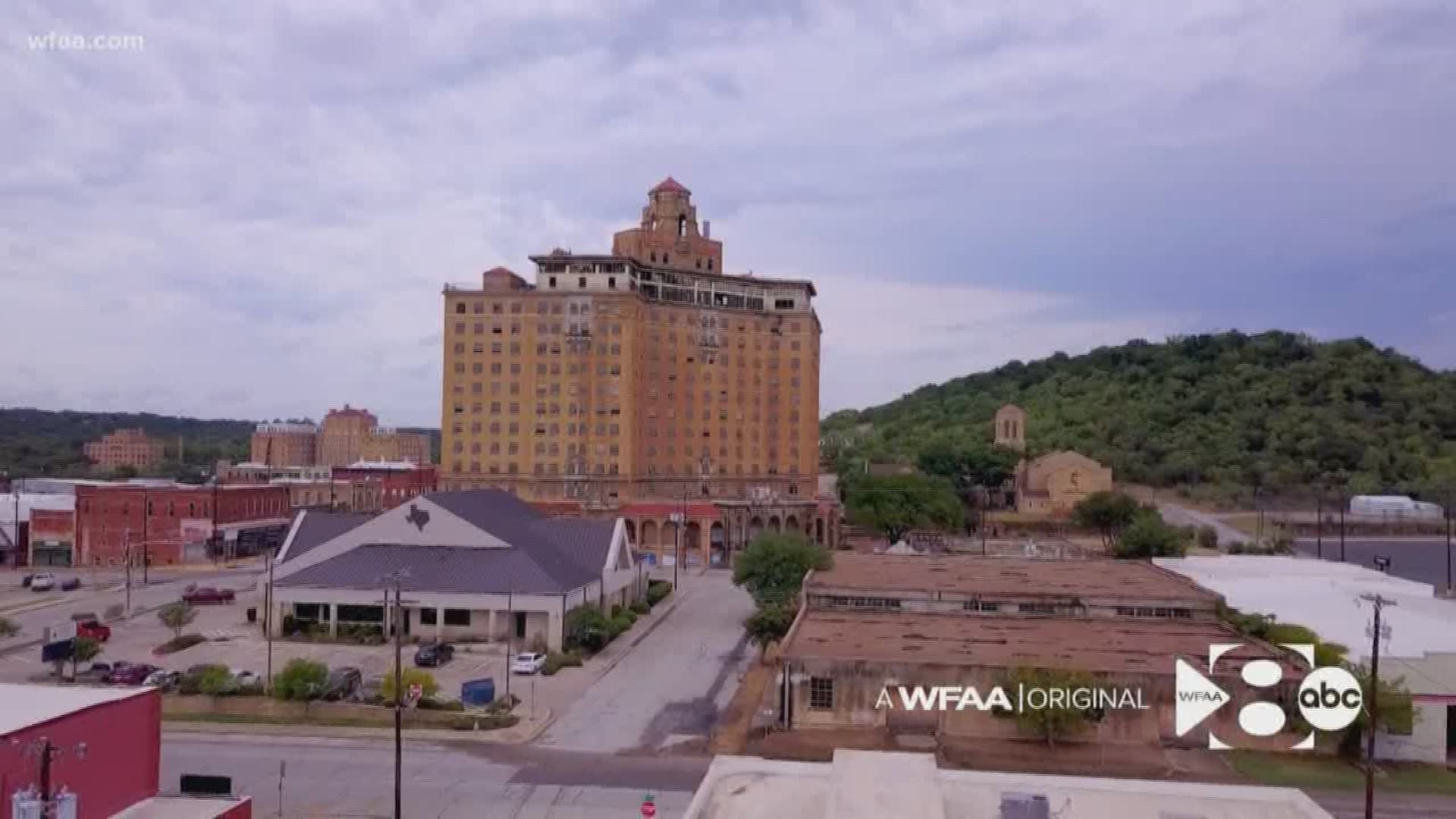 MINERAL WELLS, Texas — It’s hard to tell the story of Mineral Wells without also talking about the Baker Hotel.

"This hotel in my opinion truly did and has symbolized Mineral Wells, Texas," city manager Randy Criswell told WFAA over the summer.

"From success and elegant beautiful monument of success to broken windows and shuttered doors," he said.

In its hey-day, both The Baker and Mineral Wells were known for attracting celebrities and tourists alike. But the Baker’s been shuttered for decades and the town hasn’t been a real destination for some time.

Developer Chad Patton says that’s all about to change. In August, he took WFAA inside the historic Baker and told us about the $65 million plan to fix the old beauty.

“We’ve been called crazy, foolish, just about every other term you can think of,” Patton laughed. But, “over the last few months, we’ve been called courageous and been given a lot of thanks for being persistent. It’s changed, yeah.”

What’s changed is that work is finally underway to bring the hotel and spa back to life. As of this winter, Patton said they’d initiated their demo and abatement, retained engineering consultants and powered the building.

In a city that’s lost 10% of its population over the last 10 years and where 24% live below the poverty line, the jobs and investment are welcome.

“We’re doing it because we realize what the impact of restoring this hotel will have on this community,” Patton said.

The question is: can the Baker Hotel alone bring the city back to life?

If you ask longtime Mineral Wells residents Randy and Misty Nix, you might be surprised at their answer.

“No, it can't save the community. I think it adds to the community,” Misty said. “But we're building the destination right here for people to come to Mineral Wells now.”

The Nixes are investors in the Baker, but they’ve been investing in Mineral Wells' future for much longer. If you haven’t been to the city in a while, you might be surprised to see new shops and cafes dotting downtown. They are places in which to gather and stay out late on the weekends; a necessary attraction for visitors.

“I think that's the question a lot of people are asking is, yeah, we want to come to the Baker, but what are we going to do?” Randy said.

So the Nixes and others have made it their purpose to revitalize the town, regardless of the Baker’s success, which they all want to see.

“I think it's the icing on the cake,” Misty said. “It's the crown that's put on there, but I don't think it's the savior. We had to save our own town.”

So, while the story of Mineral Wells and the story of its 'Grand Old Lady' may seem inextricably linked, they’re writing their own chapters in hopes of the same happy ending.