'It’s the best country in the world': D-Day veteran reflects on July 4

“I'm very proud to be an American. It’s the best country in the world. We better do everything we can to preserve it." 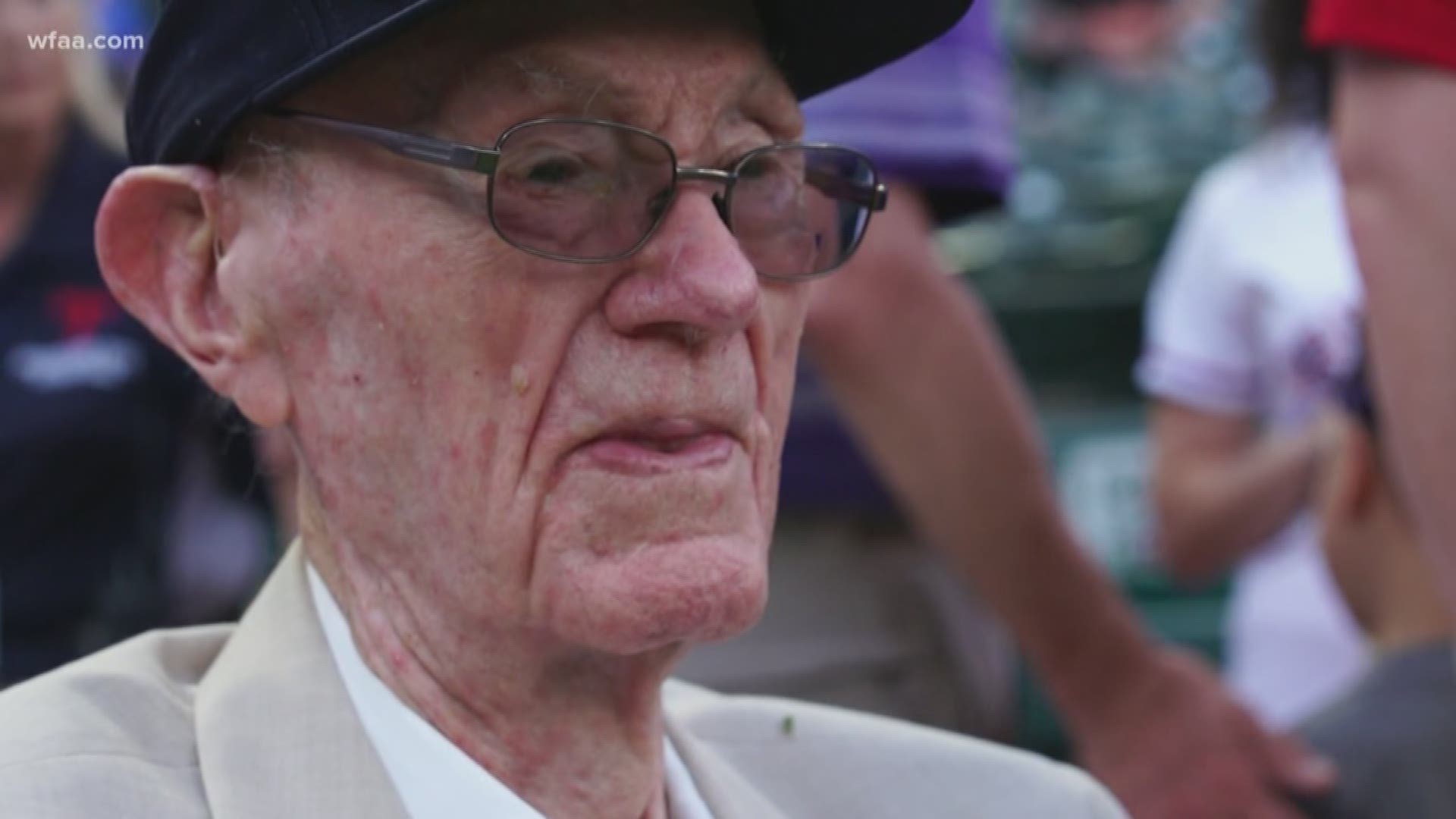 There are heroes among us — American heroes who’ve fought to keep the freedom we cherish so dearly.

And in his 97 years (almost 98), Spears has seen more and done more for this country than most of us could imagine.

“I landed on Omaha Beach on D-Day, within the first hour,” Spears said.

The Fort Worth native was just 22 years old, a U.S. Army staff sergeant serving in Europe, when he found out he’d be a part of the forces that would land on Omaha Beach in Normandy, France on June 6, 1944, better known as D-Day.

It was an incredibly dangerous and deadly mission. But it was an invasion that would become the turning point in World War II.

“Is there any way you could’ve known at that time how monumental that day would be for American history?” WFAA asked Spears.

“We didn’t really know because we were just soldiers, obeyed orders,” he said.

We were lucky enough to visit with Spears on the 75th anniversary of D-Day in June.

“We stayed there on the beach for two months,” he said. “We had to hit the ditches, and that to me was one of the most devastating deals, an airplane coming at you.”

“Feels like yesterday,” Spears continued, saying he’ll never forget what he saw or experienced that day.

We went along with Spears and two other WWII veterans on the D-Day anniversary to the Texas Rangers game, where they were to be recognized for their heroism.

“They had to grow up really fast,” she said.

RELATED: 100-year-old Texas veteran says he still has things to do

Martin helped organize the D-Day anniversary event with the Rangers. And at the pitcher’s mound, each of the veterans stood and received a standing ovation for their service. People stood and paid their respects to the veterans until the last one had walked off the field.

“I’m proud of serving in the Army, proud of what we did,” Spears told us.

And on this Fourth of July, a day where we think about our independence and the reasons for it, Staff Sgt. Spears’ sacrifice is especially poignant.

“I'm very proud to be an American. It’s the best country in the world. We better do everything we can to preserve it."

RELATED: 75 years after his death in WWII, a veteran's dog tag makes its way home