Icemageddon? Maybe not, but DFW could be in for an interesting winter

It's the middle of August, but we're already seeing some projections for a colder, wetter winter. 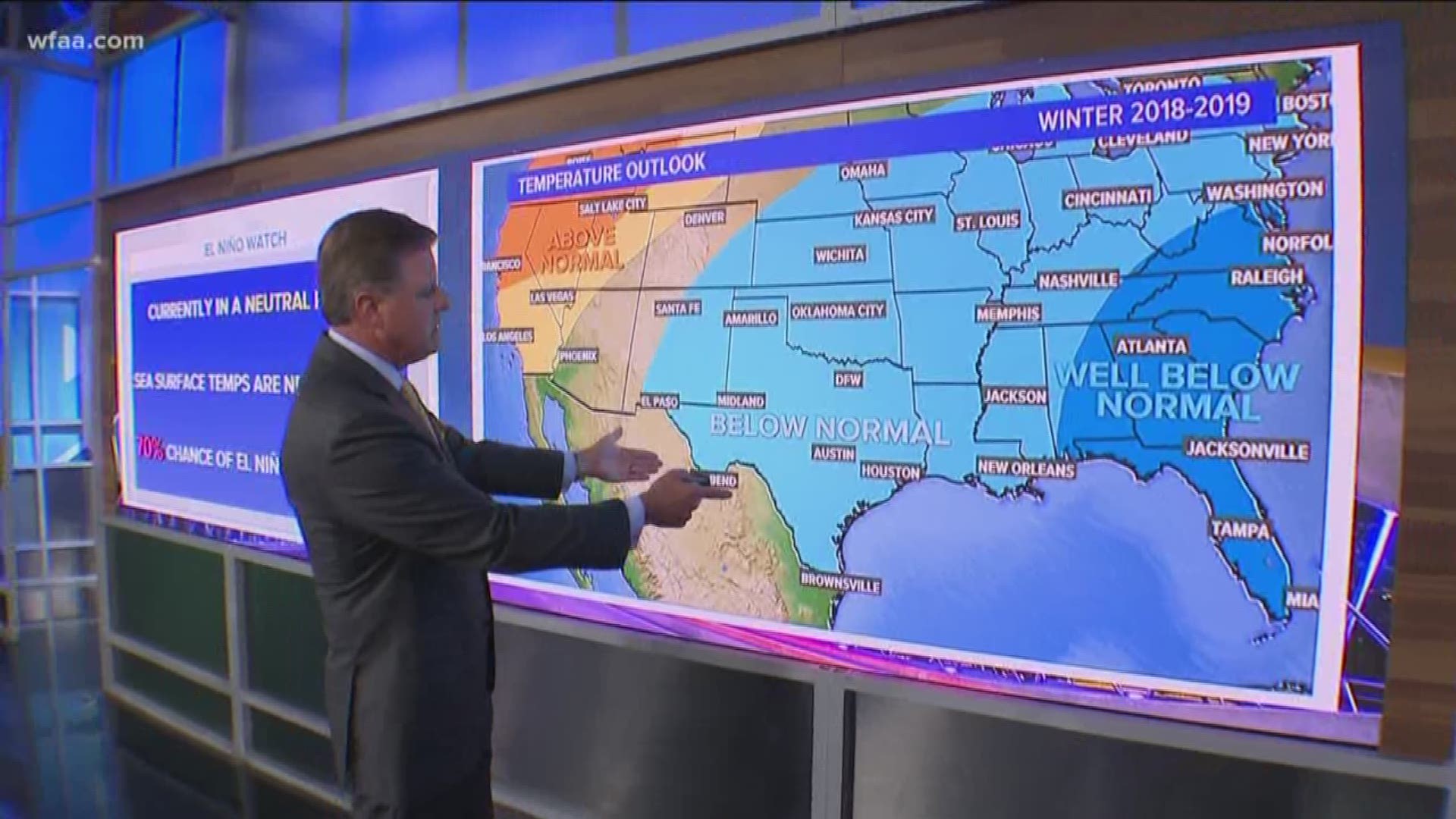 Temperatures were soaring back into the mid 90s on Wednesday, with a heat index aimed for the triple digits. August, it seems, has returned after a stretch of cool and rainy weather.

But don't worry, we're here to deliver some chilly news, if you enjoy the prospect of a cold, wet winter and maybe even Icemageddon.

OK, maybe it won't be that bad. But we are shaping up, even this far out in August, for a winter that could at least be interesting, as WFAA meteorologist Pete Delkus described it on Tuesday's 10 p.m. news.

We'll start with the El Nino, when ocean-surface temperatures rise above normal, usually resulting in Texas and other southern states getting an uptick in precipitation. As it stands now, ocean temperatures are in a "neutral" state – not too high, as an El Nino would bring, and not too low, which would be a La Nina, according to the National Oceanic and Atmospheric Administration's (NOAA) Climate Center.

But the sea temperatures are trending warmer, and the NOAA pegs the chances of an El Nino by winter at 70 percent.

So, an El Nino means more precipitation, and the NOAA models for North Texas reflect that, calling for above-normal precipitation through the winter months.

But this past winter was rainy, too, especially in February, and we avoided the ice. This time around, will the temperatures dip low enough to cause problems? They could.

As Pete discussed Tuesday night, the winter temperatures are projecting to be below normal in North Texas. The NOAA projections also are showing an "equal chance" of the temps being below normal, normal or above normal.

The betting man might view these two forecasts – rain and cold – and predict a slushy, slippery winter, or at least a winter the produces more snow and ice than last year. Or maybe we'll just get rain with chilly, but above-freezing, temperatures. On a hot August day, it's nice to think about either of those options being a possibility.