"Every time I set a goal for her she just leaps over it." 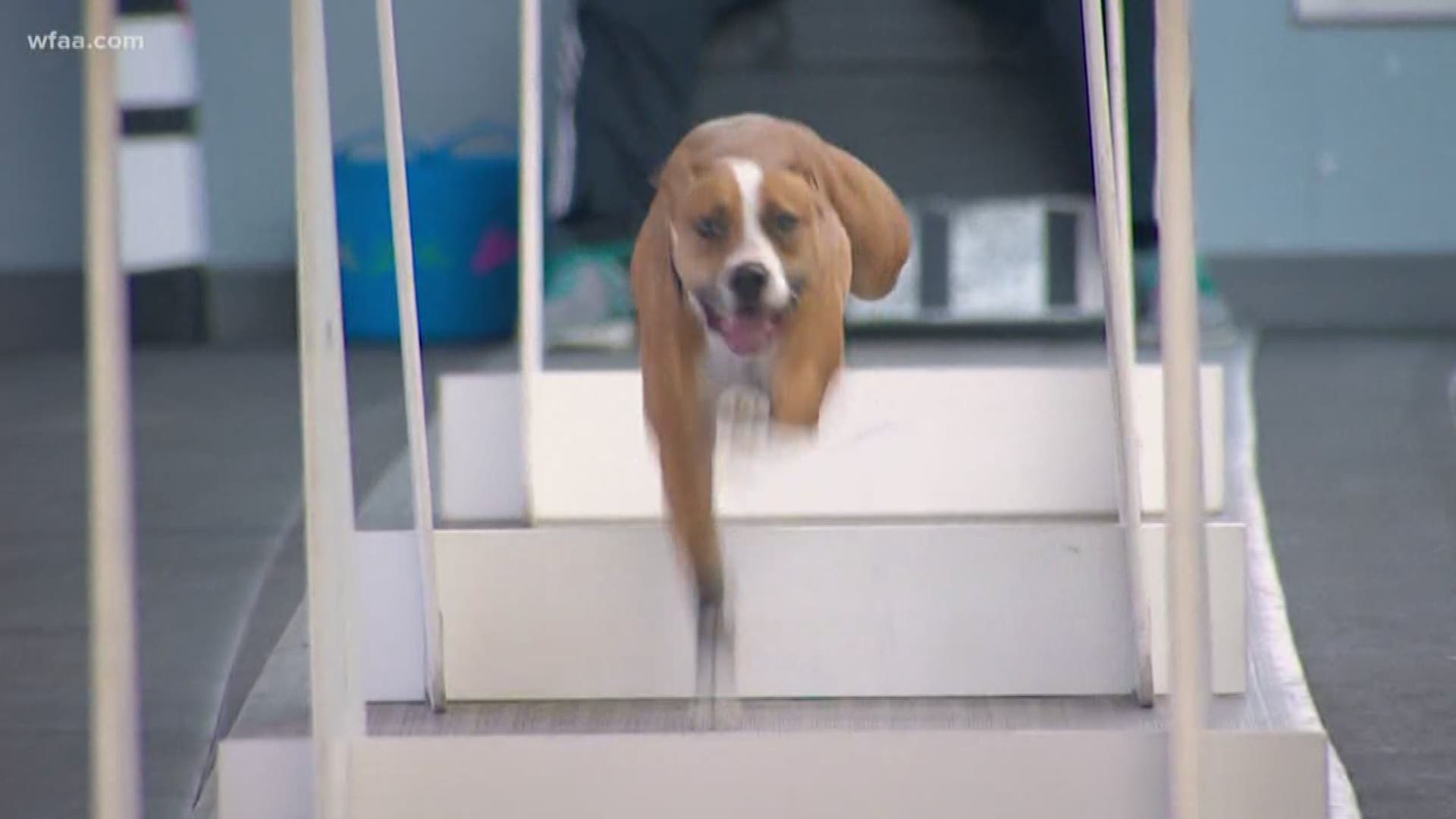 Millie Sawyer has been saving dogs for more than 30 years.

This foster mom under Habitat for Paws has saved closed to 70 dogs from being euthanized. But one dog, an American Staffordshire Terrier Mix named Stitch, has quite the story.

Stitch was one day from being euthanized. It also happened to be two days from Christmas.

"We got her at the very last minute," Sawyer said.

Stitch had been turned away from three homes before she finally found a home with Kaitlyn Johnson. Johnson introduced Stitch to the sport of fly ball, where dogs run a short course.

Which is a fast time for a novice dog. Stitch literally took off in the sport and started placing at competitions.

"We want her to learn to run fast and flat," said Pam Martin with Top Dog Obedience Training.

But it really came as a surprise to Johnson when Stitch ran a record time of 4.117 seconds -- which she says is the fastest time for the Staffordshire class.

"I turn around and my whole team at that point is screaming," Johnson recalled.

Johnson said the lesson here is that you can never judge a book by its cover. Many families would not take a chance on Stitch because of her breed. Dog and owner continue to do fly-ball competitions.

"Every time I set a goal for her she just leaps over it," she said.

Here's a dog who took a second chance and turned it into first place.