"I think it stinks," Albert Bigler said. "It's very important to me because it's just like taking everything away from me." 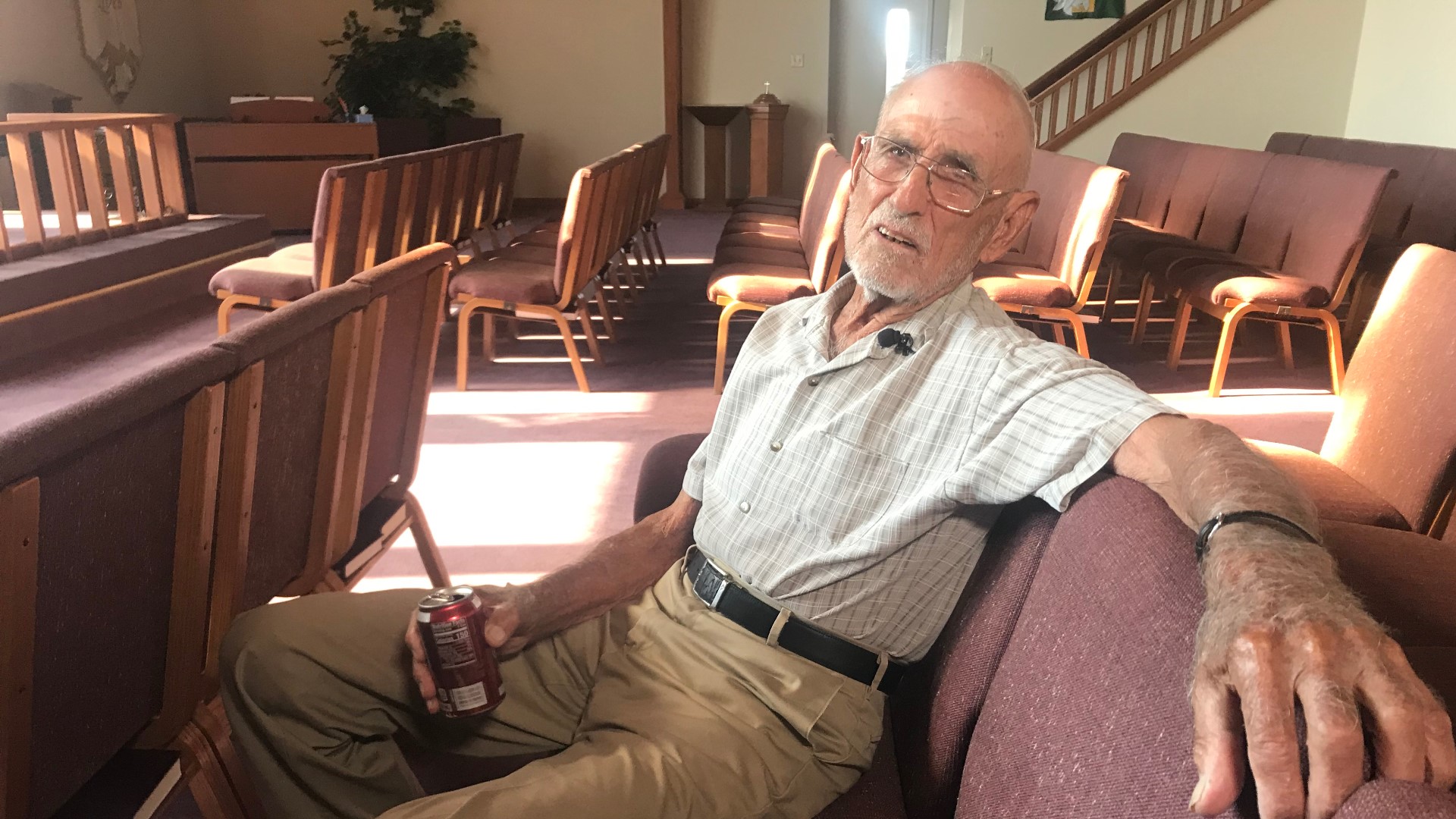 ENNIS, Texas — Albert Bigler has been a licensed driver for at least 65 of his 95 years in the state of Texas. But unless he can produce a birth certificate, the Department of Public Safety has told him he can't renew that license.

The only problem? A birth certificate is something that Bigler, born in 1924, says he has never, ever had.

"I think I'm a pretty good driver," he said as he began his usual weekly volunteer job at Grace Lutheran Church in Ennis. Even at 95 years old, and even on a 100-degree day, he's the one who takes a riding lawnmower out of the church shed and mows the three acres of grass around the church.

"But, I'm nobody," he laughed when asked about his inability to renew the license to legally drive his pickup truck from his house to church.

This past July, when his current driver's license was due to expire, he went to the DPS office in Corsicana to get it renewed. But as he was filling out the paperwork he says he was approached by a worker in the office who wanted to make sure he had a birth certificate. He didn't. Actually, he's never had one.

"What county were you born in?" I asked him.

"I really don't know. That's the problem," he said.

Bigler was born in a house, not a hospital, somewhere west of Fort Worth in an area that is now part of Palo Pinto, Eastland, Parker, and Stephens Counties. His friends from church have called each of those counties, and sought records in Austin.

Last month they traveled to Austin to the Vital Statistics office of Texas Health and Human Services and were told that Bigler was not in their records.

He was given a packet of forms to complete.

He submitted his original Baptismal and Confirmation records, and proof that he served in the Army during WWII.

On August 29, he received a letter from Vital Statistics stating that he was "not found" and was given no further instructions on what to do next.

"I've been driving for 65 years. Maybe longer than that," he said. "I even had a commercial license when I was working for the railroad for 40 years."

But still, he's been told that without a birth certificate to prove who he is, he won't get a new license.

And in addition to not being able to legally drive, he's worried he is losing his ability to vote and his ability to renew his fishing license, too. He no longer has a valid form of identification.

"It's very important to me because it's just like taking everything away from me."

Texas law can require documents like a birth certificate to establish citizenship, to fight identify fraud, and to show you have a legal presence here.

Meanwhile, Bigler does still drive his Ford pickup truck in and around Ennis. But he'd like to do it legally.

And his friends want to find someone, in Ennis, in Ellis County or in Austin who can help him make that happen.

"Because he needs to have his independence," Moss said. "That's why he's maintained his health."

And as long as he is healthy, Albert Bigler is committed to at least driving that lawnmower on those three acres once a week, until someone can tell him the right path to take to prove that 95 years ago, he was actually born.