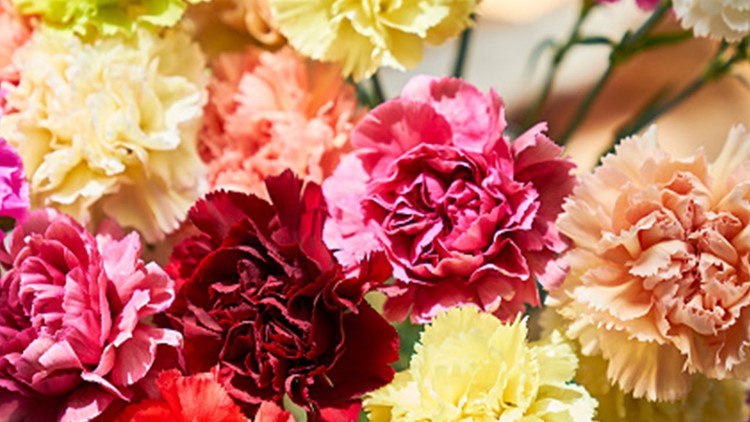 For all that our mothers have done for us, it's only natural they have a day where we celebrate them for a change...and despite popular belief, Mother's Day isn't just a silly Hallmark-manufactured holiday.
Author: WFAA.com Staff
Published: 11:27 AM CDT May 9, 2018
Updated: 2:46 PM CDT May 13, 2018

For all that our mothers have done for us, it's only natural they have a day where we celebrate them for a change...and despite popular belief, Mother's Day isn't just a silly Hallmark-manufactured holiday.

Here are six things you probably didn't know about the day.

Anna Jarvis organized the first Mother’s Day in West Virginia and Philadelphia in 1908. Six years later she succeeded in asking Congress to make Mother's Day an official holiday to honor mothers around the country.

According to the National Retail Federation, 69% of people plan to buy flowers for Mother’s Day 2018. According to FTD, the most significant Mother's Day flower in the United States is the carnation. Pink carnations represent gratitude and love while red carnations signify admiration. White carnations are traditional flowers to give or wear in remembrance of a mother who is no longer living.

$23.1 billion is expected to be spent on Mother's Day. The expected spending is second only to last year’s $23.6 billion, the highest in the 15-year history of the survey at an average $186 per person. Data from Oracle says Mother’s Day ranks in the top 3 gift holidays of the year,right behind Christmas and Valentine’s Day.

According to National Geographic, the day "wasn't to celebrate all mothers. It was to celebrate the best mother you've ever known—your mother—as a son or a daughter." That's why Anna Jarvis stressed the singular "Mother's Day," rather than the plural "Mothers' Day."

Around the world, the word we use to call the woman we honor on Mother's Day starts with the letter "m." Experts say, many of us, at around age 7 or 8 months, put our lips together, hum so that our larynxes buzz, and then open our mouths to unleash a sound: Ma. Mutter (German). Mère (French). Majka (Serbian). Mat' (Russian). Madre (Spanish). Moder (Swedish). Máthair (Irish). Mataji (Hindi). Móðir (Icelandic).