"I think there is this thing we don't talk about in the black community and it deals with not taking down our own." 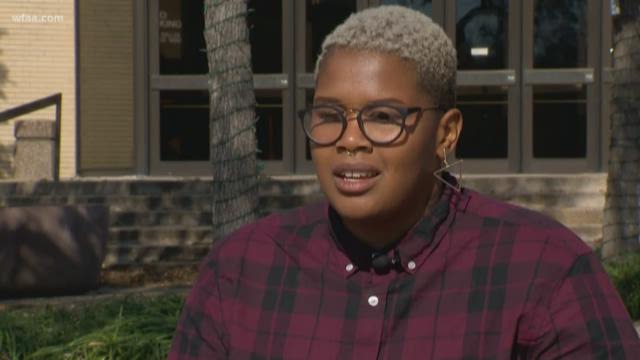 R. Kelly is one of the top selling R&B singers despite decades of controversy surrounding women and young girls.

"It's time to reflect on what is going on in the music industry and why is it that these things are OK,” Niecee X with the Black women’s Defense League said.

In 2002 he was arrested in a child pornography case. A jury later found him innocent.

Most recently Kelly was accused of trapping women in a sex cult as reported by BuzzFeed.

Kitti Jones, a former D.J. told WFAA she was one of his victims.

She says he enslaved her for two years.

"The times he didn’t get physical with me I was starved. On top of that I lived for two years in fear after I left. I lived in shame and fear for years after that,” said Jones.

Like so many women, Jones says she was afraid to come forward and for her, she says it was cultural.

“I think there is this thing we don't talk about in the black community and it deals with not taking down our own,” said Jones.

Recently R. Kelly released a sexually explicit song with Chris Brown, who has been in trouble himself after physically abusing singer Rihanna.

Some former fans say they've had enough and plan to protest Kelly's concert this Friday at the Fair Park Music Hall.

"We just need him to know that he is still not somebody that we accept and not willing to put up with some of the things he is doing to women and to our young girls."

Women like Kitti Jones say it's disturbing to see fans continuing to flock to Kelly's concerts while demanding that other high profile men accused of sexual harassment and abuse like Harvey Weinstein and Kevin Spacey be held accountable.

In a statement to Rolling Stone Magazine Kelly denied the allegations made by Jones saying what happened between them was consensual.

WFAA attempted to get a comment from Fair Park Music Hall but our emails and calls were not returned.