Remy is a 5-month-old chocolate Labrador who lives in Dallas and is very good at the game of Jenga. 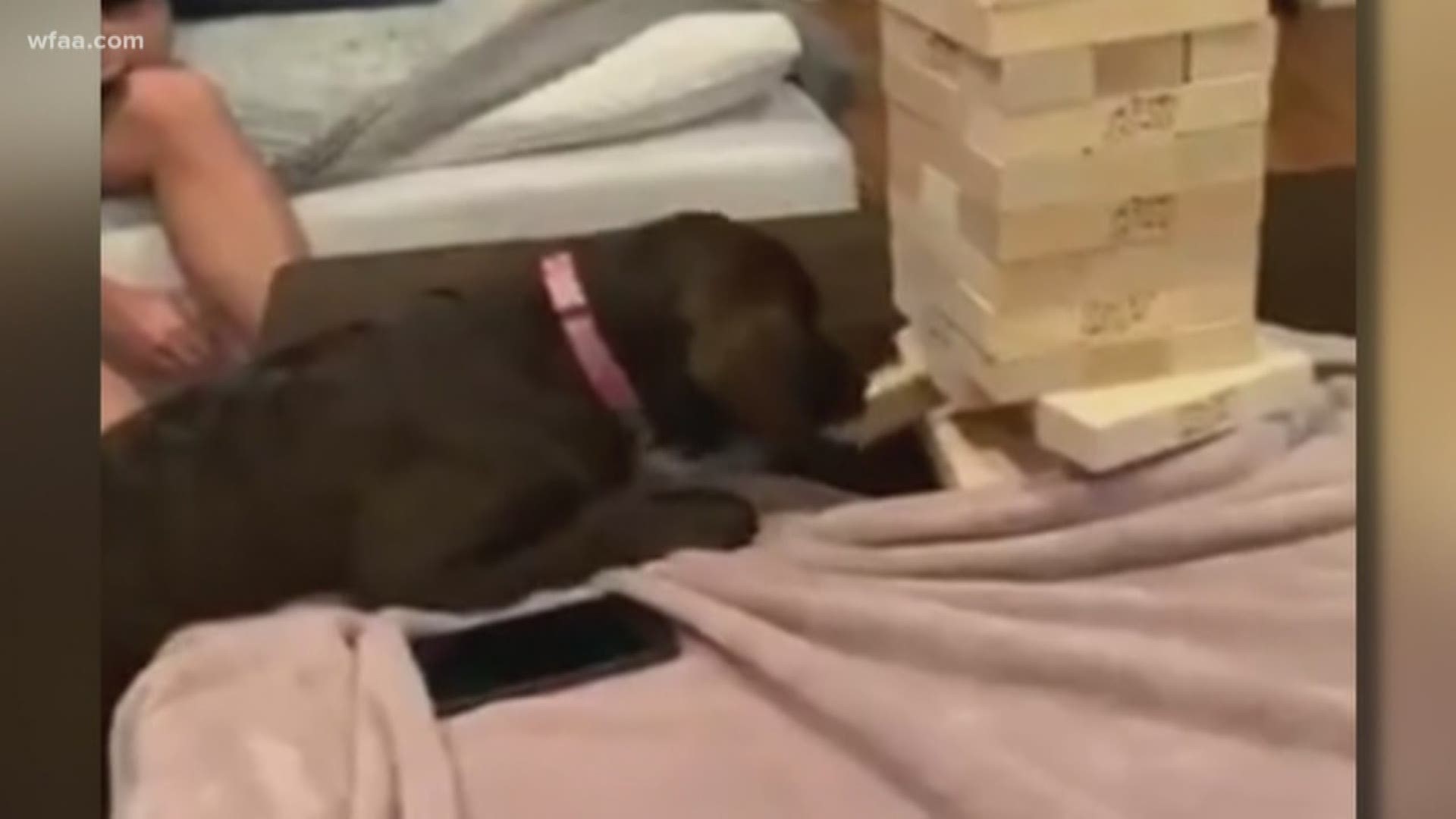 DALLAS — Her name is Miss Remington. But she goes by Remy.

Remy is a 5-month-old chocolate Labrador. She has her own Instagram page, @missremingtonbear, with a handful of adorable videos. But one of them went viral this week.

When the video was taken, Jeffrey Hammond, his girlfriend, her sister and their friends were watching TV and playing Jenga. That's when Remy successfully pulled out one of the Jenga blocks, using only her paw and teeth.

“Remy comes out of nowhere, unprovoked, decides she wants to play,” Hammond said. “She uses her paw and just sort of pulls it out -- grabs it with her teeth -- and then walks off like it was no big deal.”

“[My girlfriend’s] younger sister posted the video to a site called WeRateDogs,” said owner Jeffery Hammond. “Then we woke up in the morning, and I was getting calls from my hometown in Michigan and my girlfriend’s hometown in Los Angeles -- and really all over the country -- people saying they’d seen the video.”

As of Thursday night, the WeRateDogs video had garnered more than 429,000 likes and 111,432 retweets on Twitter. Their Instagram video had more than 27,000 views.

Hammond said they didn’t expect all the attention, but their puppy has become a local star.

“When we go to the park, people tend to want to take videos of their dog with Remy now,” Hammond said. “No stardom personality, but she’s always been a little bit of a princess.”