Did you know, Dallas: Takashi Murakami

Prep your Instagram and get ready to be blown away by the visuals. 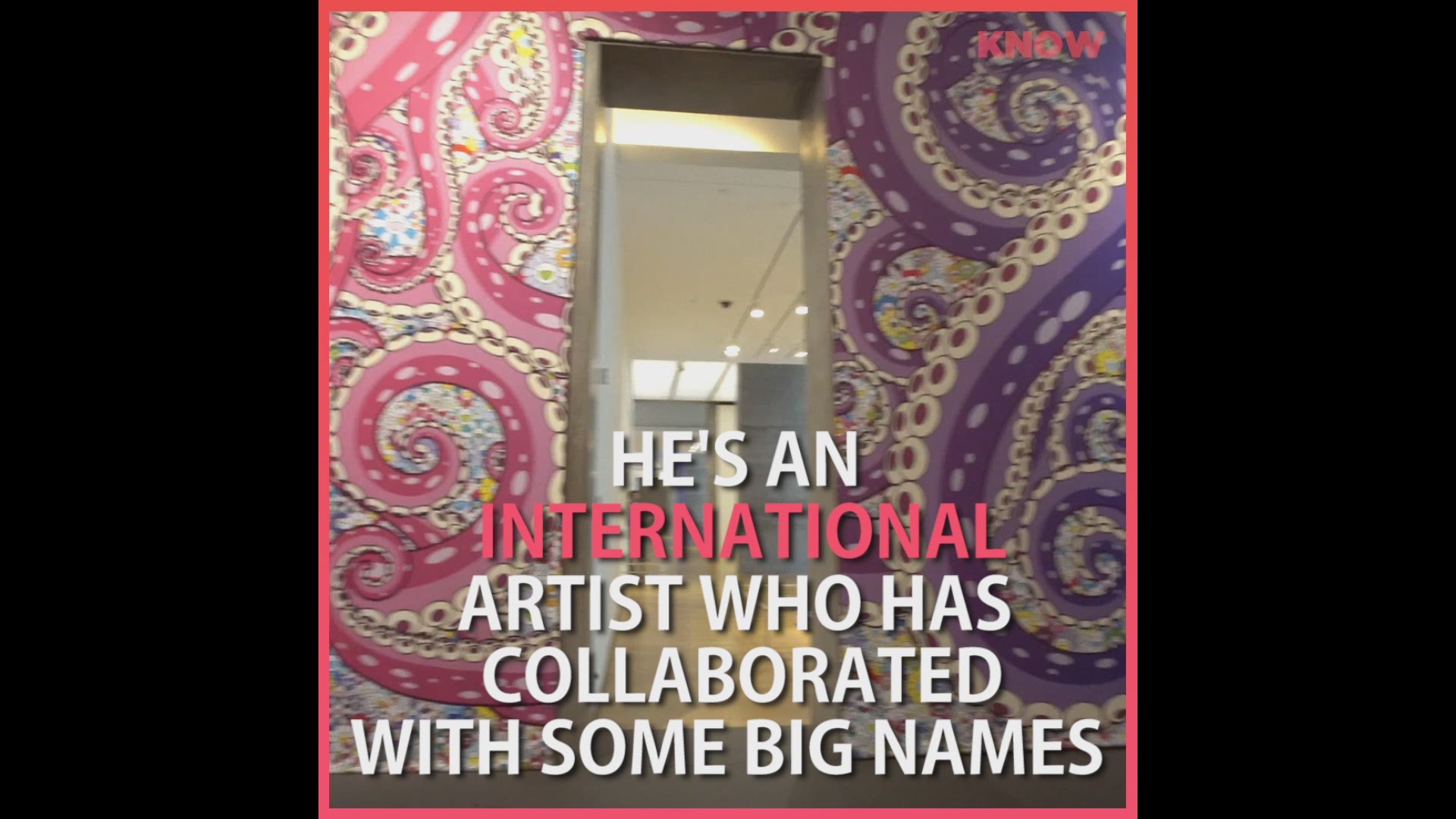 Takashi Murakami. You may not know the name, but once you see the artwork it'll all make sense.

Tokyo born and raised, Murakami is known for his contemporary art that merges colorful pop culture, anime and manga imagery.

Louis Vuittion, Kanye West, Kid Cudi are just a few of the big names Murakami has collaborated with.

His mediums range from paintings, sculptures, drawings and even animations.

And hey, does this look familiar?

His most recent pop culture art includes his collaboration with Kid Cudi and Kanye West on their latest album, "Kids See Ghosts."

Murakami's work has been seen all over the world and now you can see it at the Modern Art Museum in Fort Worth.

Right in your backyard, people! Prep your Instagram and get ready to be blown away by the visuals.

Did you know, Dallas is a series that explores hidden gems in the Dallas Fort Worth area. Know a cool place that needs to be featured? Email me! aebrahimji@wfaa.com