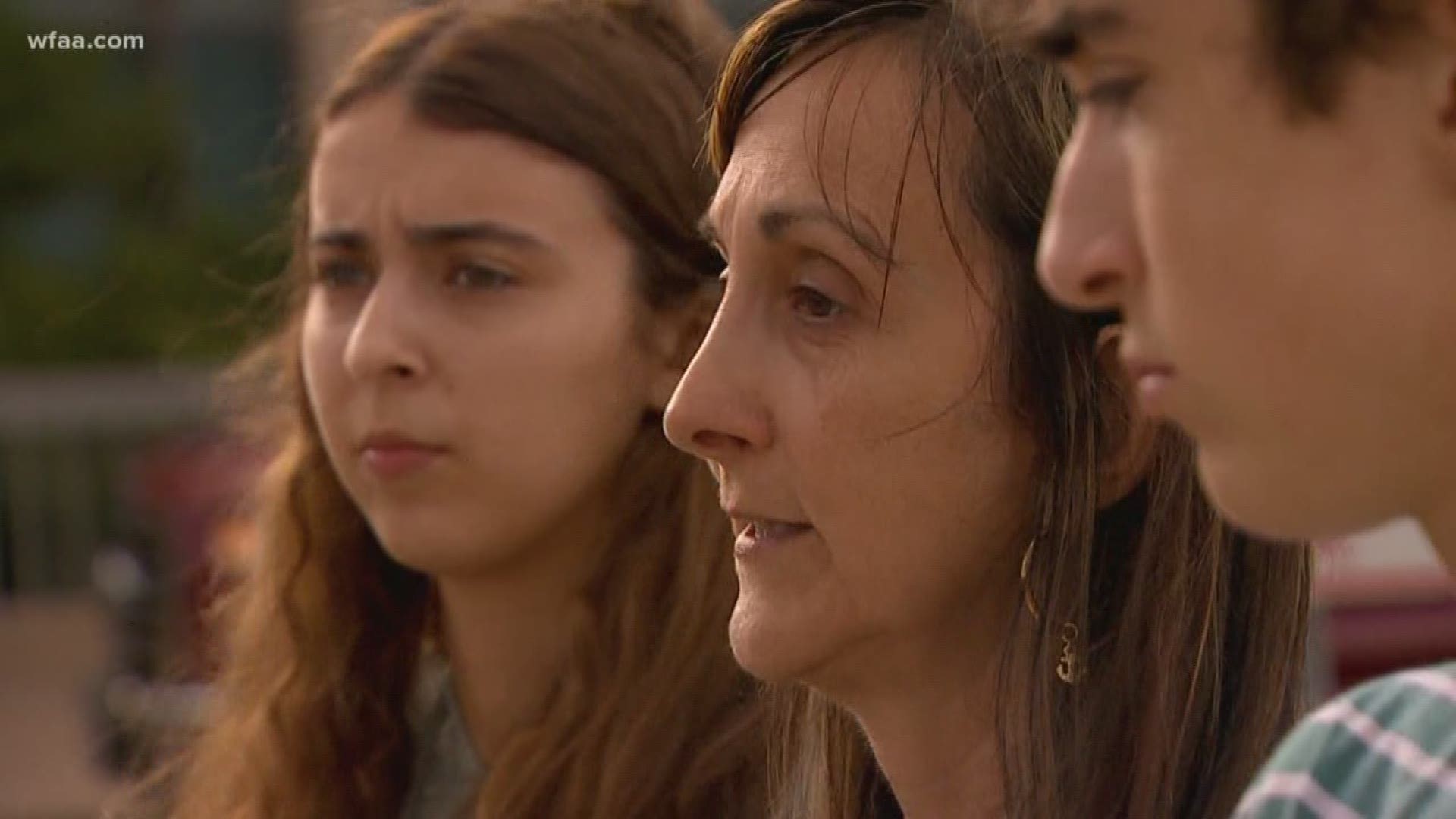 FORT WORTH, Texas — Officials at Dallas/Fort Worth International Airport said Thursday evening they were doing all they could to accommodate people whose fights were diverted because of the weather in southeast Texas.

People like Michelle Seiler, who was trying to get to Beaumont for her mother-in-law's funeral this weekend.

But midway through her American Airlines flight from Los Angeles to Houston Thursday, she and her kids learned they were being diverted to D/FW Airport, with no clear way to get to the funeral.

"I tried to stay calm, but I did freak out," she said. "I got nervous. We didn’t know when we got on the airplane it was that bad."

D/FW Airport officials say there was an influx of diverted flights arriving, not to mention the other cancellations to and from Houston. They said they'd keep some concessionaires and checkpoints open later than usual and help people re-book flights and find places to stay.

At the West Gulf River Forecast Center in Fort Worth, within the National Weather Service, Greg Waller monitored the rain and flooding that crippled air and road travel Thursday.

"We’ve seen that Interstate 10 has been shutdown," he said. "We’re seeing water in people’s homes. Like I said, some people are saying worse than Harvey."

It's his job to provide information to cities, counties and other municipalities so they can make educated decisions on flood safety, or even evacuation.

"The ultimate goal is to save lives and save property," Waller said.

Seiler showed WFAA photos of her family's neighborhood in Beaumont, which was under water. She said her sister-in-law had just fixed her home after Hurricane Harvey flooding.

"Extra prayers for our family because my husband’s family is going through a lot," she said.

She said she would be staying with family in Mansfield Thursday before attempting to safely make her way to Beaumont.

"We're just going to pray the waters subside and get there safely," Seiler said.

RELATED: Remnants of Imelda cause flight delays in North Texas