As of Monday morning, the city was also looking into an additional 83 possible water main breaks. 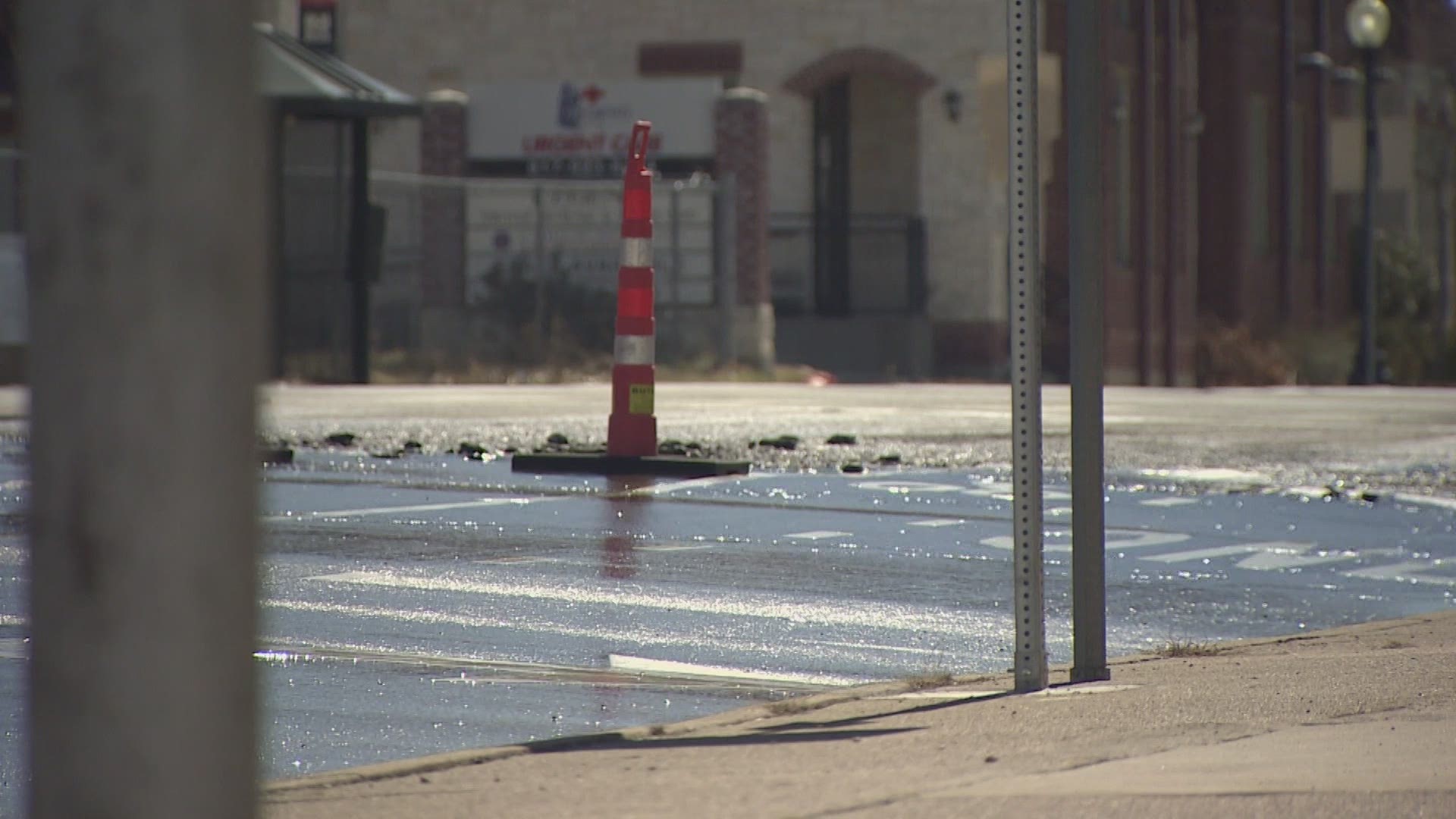 FORT WORTH, Texas — The snow has melted.

The ice is gone.

But all over Fort Worth, reminders remain of the vicious winter storm: water main breaks. As of Monday morning, the city had confirmed 611 of them since Valentine's Day, and are still counting them.

"We've repaired 361 of them and we still have another 83 investigations to complete on possible main breaks," said Fort Worth Water Department Spokeswoman Mary Gugliuzza.

That means there are hundreds of spots in the city where water might be pouring down the street, or spots where the roads are sunken in.

That also means some in the city still don't have water. During last week's winter storm, hundreds of thousands of Fort Worth residents were under a boil water advisory. Many of them didn't have water at all.

"We could still be seeing new main breaks," Gugliuzza said. "The issue for us is water temperature, not air temperature."

Fort Worth's old cast iron water mains do not do well when water temperatures drop into the low 40s, Gugliuzza said. They break. She added that she's never seen this many breaks from one weather incident in her 25 years with the water department.

And soon, broken water mains won't be the only thing wrecking the roads.

"What we witnessed here over the past few days has really been an event we've never really experienced," said Tim Moreno, superintendent of the streets and storm water operations division of the Transportation and Public Works Department.

He said sinkholes and, more commonly, pot holes are now becoming a problem.

RELATED: 10 million Texans still under boil water notice and many are without water

"There's going to be a lot of sinkholes, so please be careful," Moreno said. "If you see any water on the ground, don't assume it's just the size of a pothole. It could literally be three to four feet deep."

"It could take months to catch up with all the street repairs that are going to have to follow all these water main breaks," she said.

The cost of it all is yet unclear. The weather has passed, but the city's now in a whole other type of storm.