Water outages remain a concern for many North Texas residents

As residents recover from last week's winter storms, water outages and broken pipes continue to be a source of frustration. Some cities are providing bottled water. 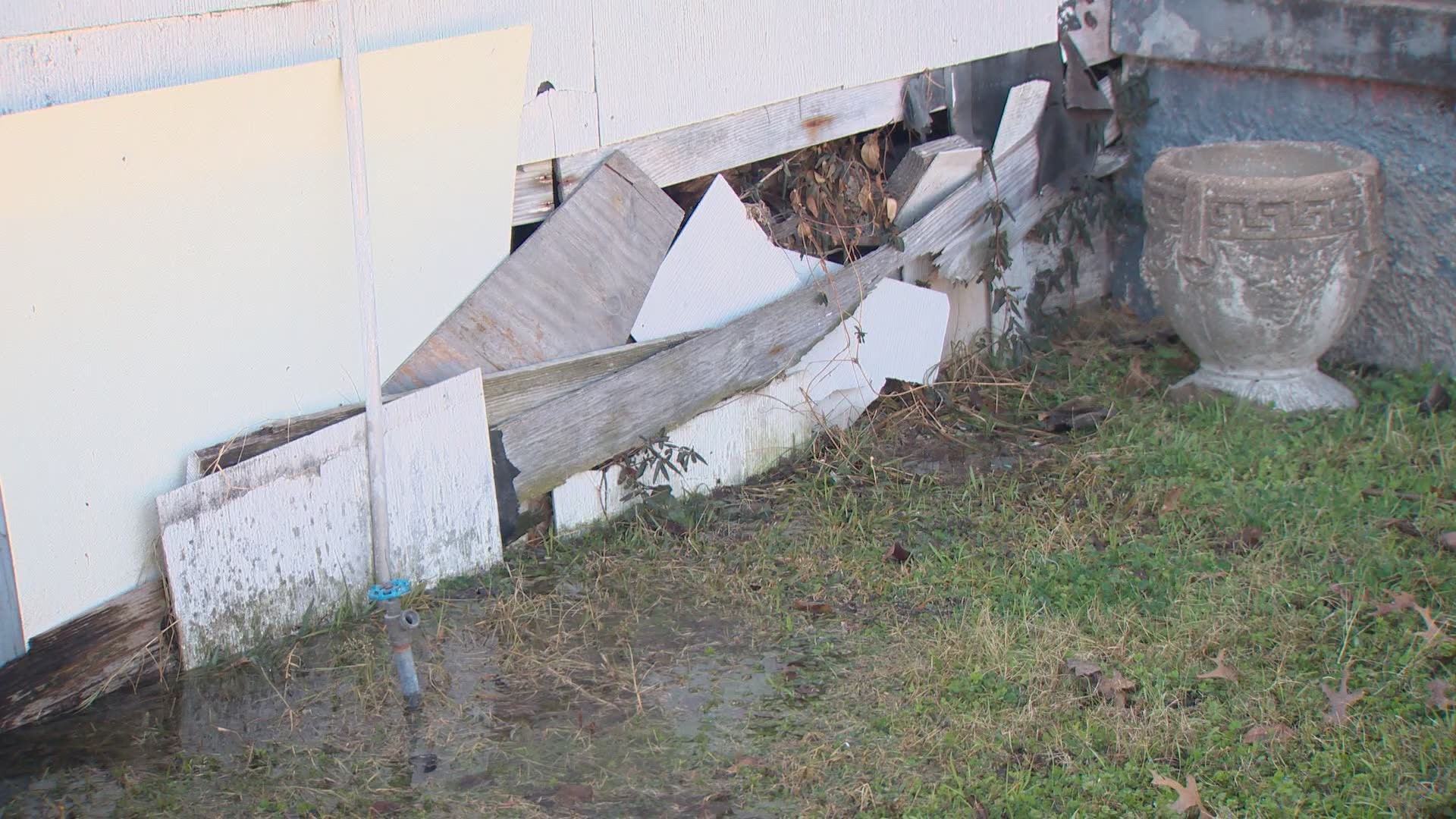 DALLAS — Many residents across North Texas are still trying to recover from last week's winter storms. Water-related issues continue putting a damper on some things across Dallas County.

“It’s bad,” said Annie Brown as she stood in the doorway of her home in Oak Cliff.

Brown, 87, has been dealing with damage from water flowing from busted pipes for several days.

The longtime resident says she has no idea how to shut off the water. She’s concerned her water bill will be very high.

Across town in West Dallas, Callie Robins is experiencing her own water-related headaches.

”I’ve been without water ever since Thursday,” Robins said.

The disabled woman says she has to be creative when it comes to daily needs. She is getting by with water collected in a large trash can.

”My son had to haul me some water over here in a 55-gallon bucket,” Robins said.

The lingering water issues have city workers across the region busy.

In Dallas, staff from Parks and Recreation and Code Enforcement are helping distribute cases of water.

The City of DeSoto distributed about 14,000 cans of drinking water over the weekend. Mayor Rachel Proctor said the city is urging residents to conserve.

”To make sure that we are looking forward and making sure that we have what we need, we’re just asking residents to continue to conserve water,” Proctor said.

Not too far away in the City of Glenn Heights, workers are also working around the clock. The city’s been addressing water outages and issued a boil water advisory over the weekend.

”Normal usage in February for water is about 1.8 million gallons. We are at 4 million gallons per day. So, with this additional usage, this is why the pressure dropped,” Deputy City Manager Michael Rogers explained.

Mrs. Brown says her disabled daughter also lives in her home. Water inside the house has slowed to a trickle. A courtesy call to 311 was made on her behalf.