Fat flakes were accumulating on the ground in parts of North Texas by 8 a.m. 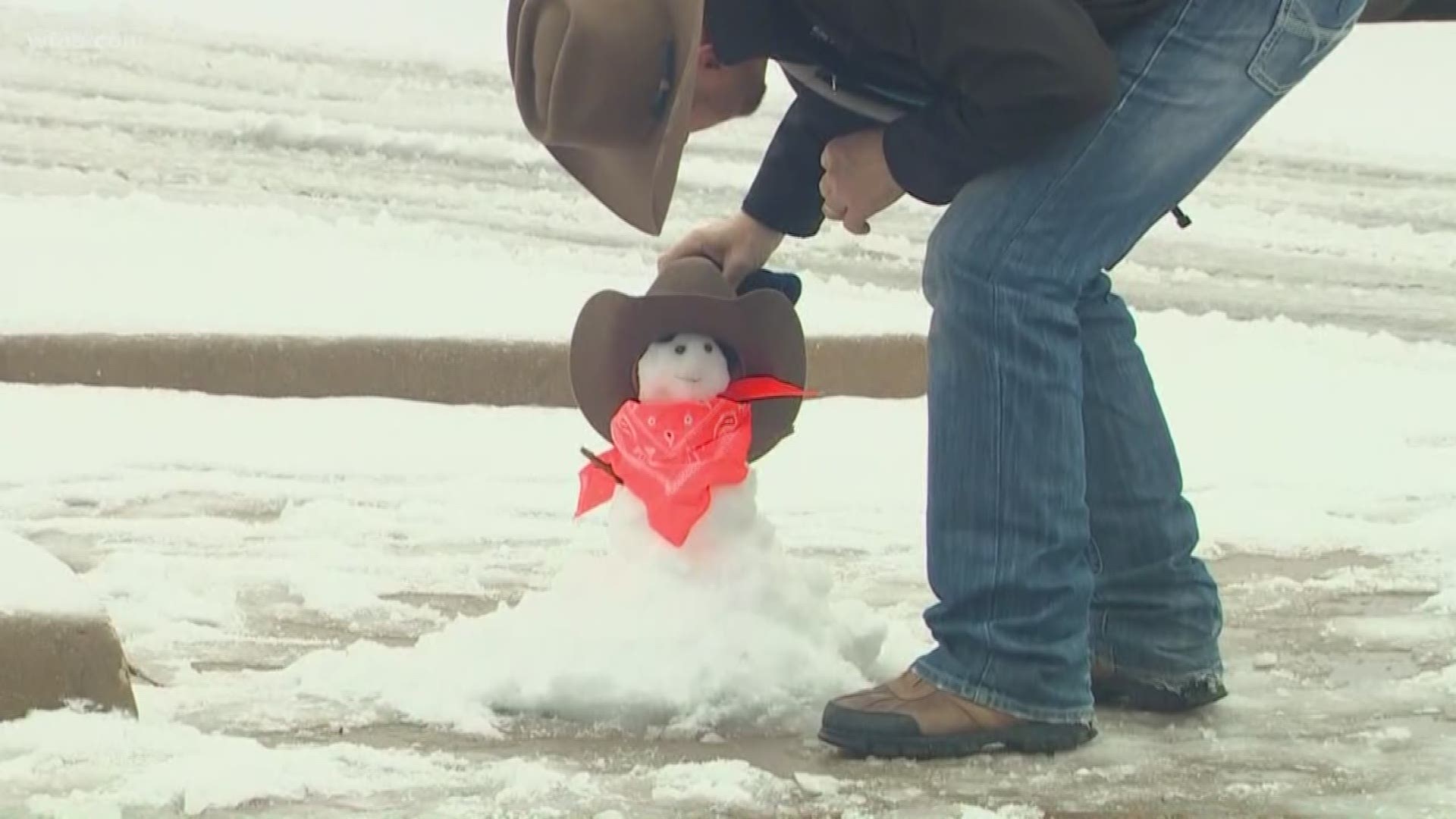 This story will be continuously updated as the forecast changes and WFAA receives more weather reports.

From Denton to Ponder to Decatur to Frisco to downtown Dallas, plenty of North Texans were waking up to snowfall Saturday morning.

Much of the northwestern portion of North Texas was under a winter weather advisory until noon. The flakes were coming down by 7:30 a.m., blanketing roadways and yards and appearing to stick to the ground.

The below tweet from Frisco shows light snow accumulation on the ground and on roofs.

Near Decatur and Bridgeport, the snow had evenly covered the ground by 7:30 a.m., and in Denton, the snow had made its way to the area by 8:30 a.m., covering cacti. In Plano, multiple people reported seeing sleet and freezing rain.

By 9:30 a.m., fat flakes were seen falling heavily in downtown Dallas, but they did not stick to the ground.

By 10:30 a.m., the snow had become a bit of a slushy mess in downtown Decatur as the sun began to peek out from behind the clouds.

That seems to be the story for the rest of the day, with slushy conditions expected as temperatures warm and the snow begins to melt.

The highest snow totals were in and around Denton, Decatur, Breckenridge, Jacksboro, Bowie, and Gainesville, where around 1 to 3 inches of snow fell Saturday morning.

With the exception of the area around Denton, most of the Dallas-Fort Worth area missed out on higher snow totals. Northern areas like Plano, Frisco and Flower Mound ended up with less than an inch or a dusting.

And at DFW Airport? It measured in at 0.2 inches of snow. It has been three years since the airport has seen any measurable snow, and this is the most snow the area has seen in five years.

The Texas Department of Transportation advised drivers to be on the lookout for slippery conditions Saturday morning, especially when driving over bridges that may have iced over.

In Fort Worth, there were 15 car crashes with injuries between midnight and 11 a.m., including one rollover, a MedStar spokesperson confirmed to WFAA.

Crews were also working in Jack and Wise counties overnight, at first dealing with flooding and then with the snow on the roadways, a TxDOT spokesperson confirmed to WFAA.

RELATED: Tips for driving in the snow and winter weather

Any snow should mainly stick to grassy and elevated surfaces but could come down heavy enough to stick to the roads in some locations. Watch out for slick or slushy roads in areas throughout North Texas.

Enjoy the snow if you see it! And if you do, feel free to send us an email at digital@wfaa.com or tweet us @wfaa with any great pictures or videos you'd like to share! 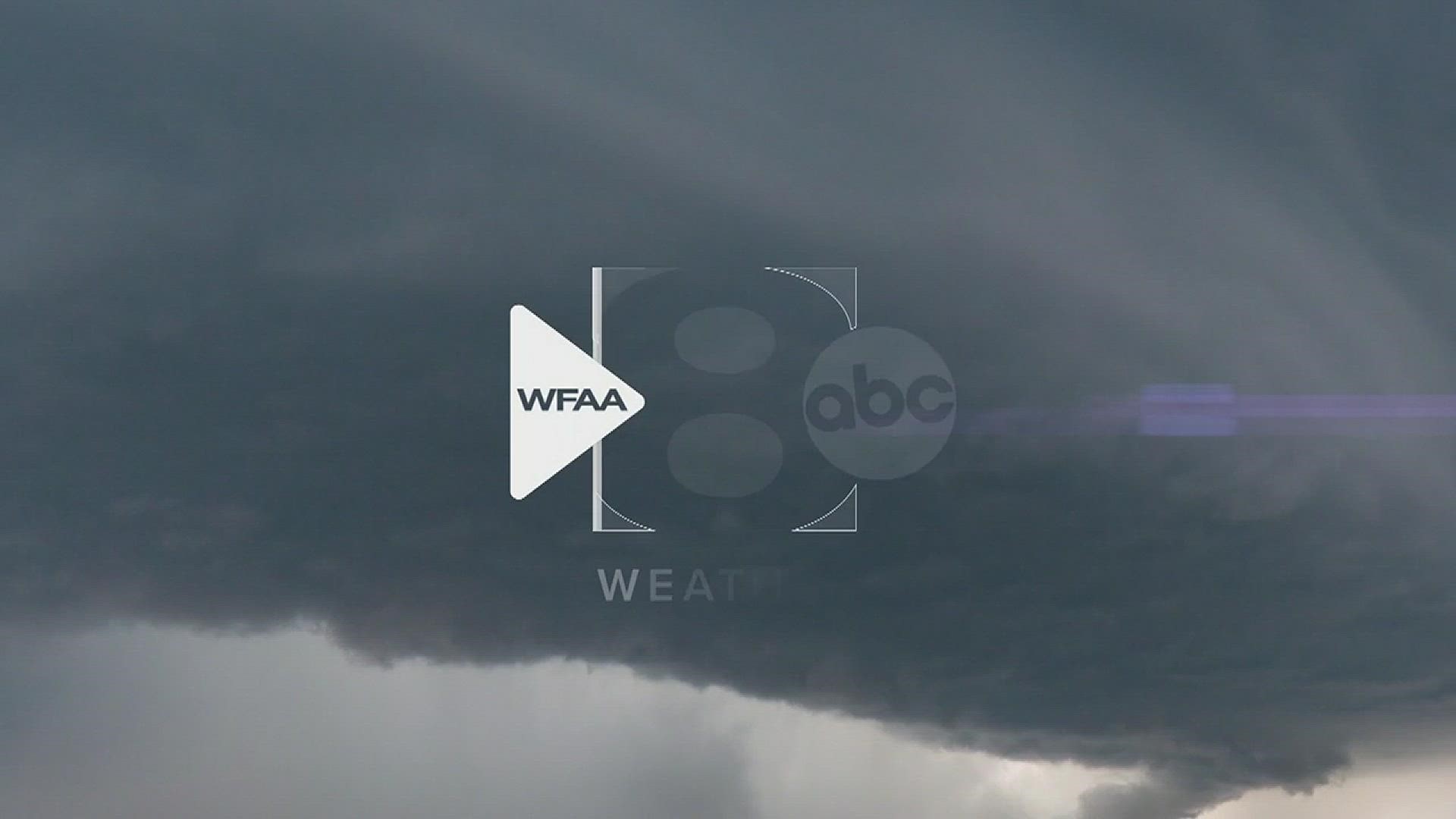