'I just keep on telling myself to trust in the Lord': Waxahachie homeowner describes riding out EF2 tornado

Rick and Patty Nichols said they struggled to keep the door shut in the room they took cover inside. 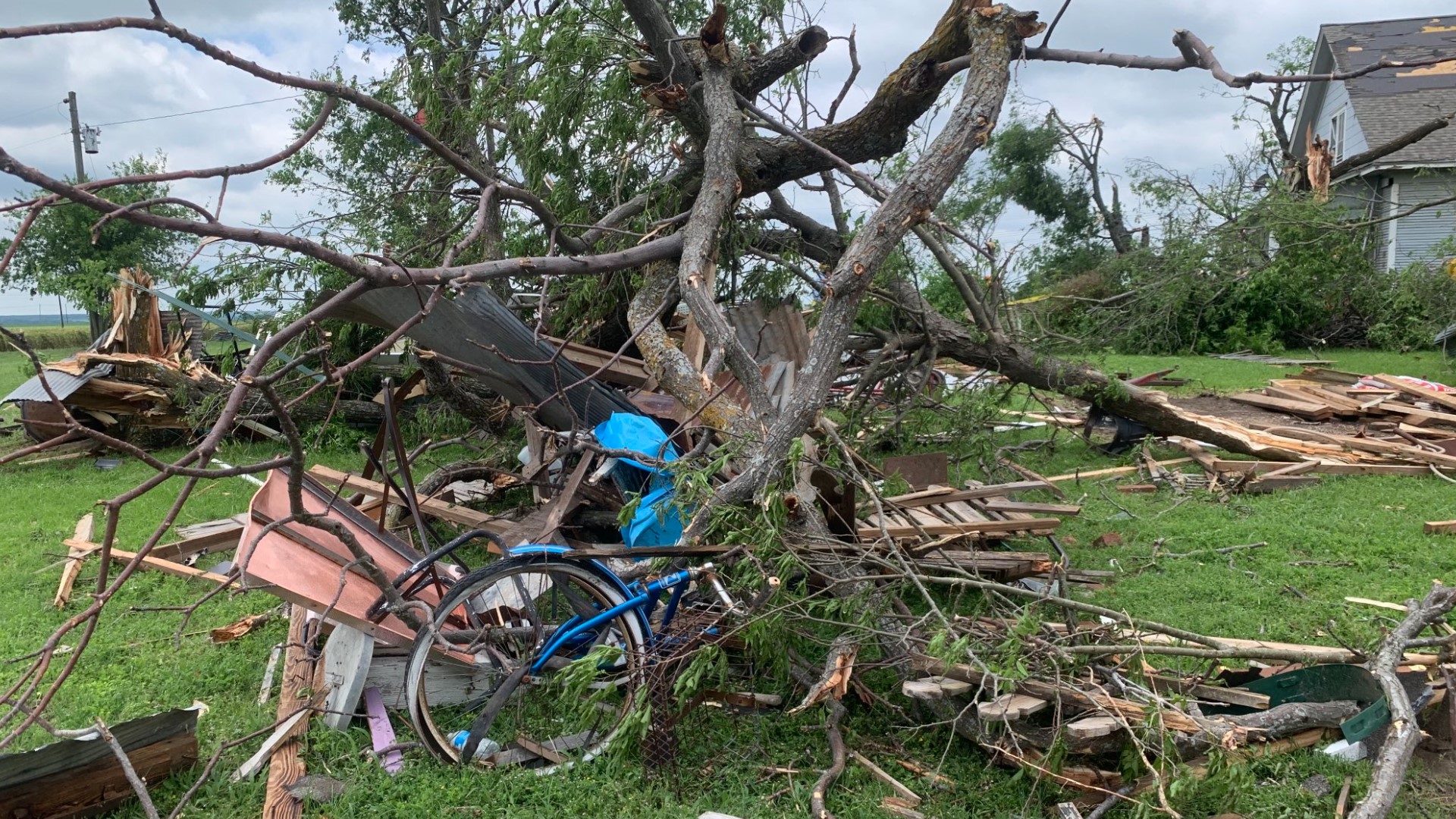 WAXAHACHIE, Texas — Waxahachie residents Rick and Patty Nichols, along with their two cats, hid in a small room beneath their staircase when Monday’s reported EF-2 tornado touched down.

It was so powerful, that they struggled to keep the door shut.

“It kept sucking. It was pulling it out of our hands and both of us were trying to hold it shut,” Patty said. “I just can’t even imagine wind that would suck that hard on your house.”

RELATED: At least 5 tornadoes confirmed in North Texas, including EF2s near Blum and Waxahachie, officials say

At a briefing on Tuesday afternoon, the National Weather Service confirmed an EF2 tornado with winds up to 120 mph touched down in Ellis County. It tracked 5.2 miles between Waxahachie and Forreston from 8:44 p.m. to 8:57 p.m. and crossed Interstate 35.

“I’ve never seen so many trees down – it’s just everywhere,” Patty said, while surveying her backyard. “No garages. Barns are gone. You don’t know what to expect the next morning when there’s light. We were just devastated.”

Credit: Ariel Plasencia
Rick and Patty Nichols Waxahachie home was damaged during a tornado on May 3, 2021.

Patty and Rick Nichols have lived in their Waxahachie home for about 12 years. Their chicken coop was destroyed, but thankfully, there were no chickens inside.

Their trailer was tossed into a nearby wheat field. They aren’t sure where the walls to one of their garages are. And lamps, clothes, and other belongings were sucked through a broken window and tossed onto what’s left of their home’s roof.

“I just keep on telling myself to trust in the Lord, and you will not be disappointed,” an emotional Rick said.

Around 10 volunteers with the Texas Baptist Men showed up to Rick and Patty’s home Tuesday morning and began clearing debris, including a tree that had fallen on the home.

Credit: Ariel Plasencia
Rick and Patty Nichols Waxahachie home was damaged during a tornado on May 3, 2021.

“I’m ready for the tree to come down so it kind of makes it go away, where I don’t have to look at the destruction, I guess you could say,” Patty said. “That’s what makes it look scary that you lived through that.”

“People are hurting and they need hope,” Texas Baptist Men’s Joe Bond said. “And we are here to provide hope, help, and restoration. And so it’s a blessing for us to be able to help.”

With the help of the Texas Baptist Men, the Nichols family will move forward.